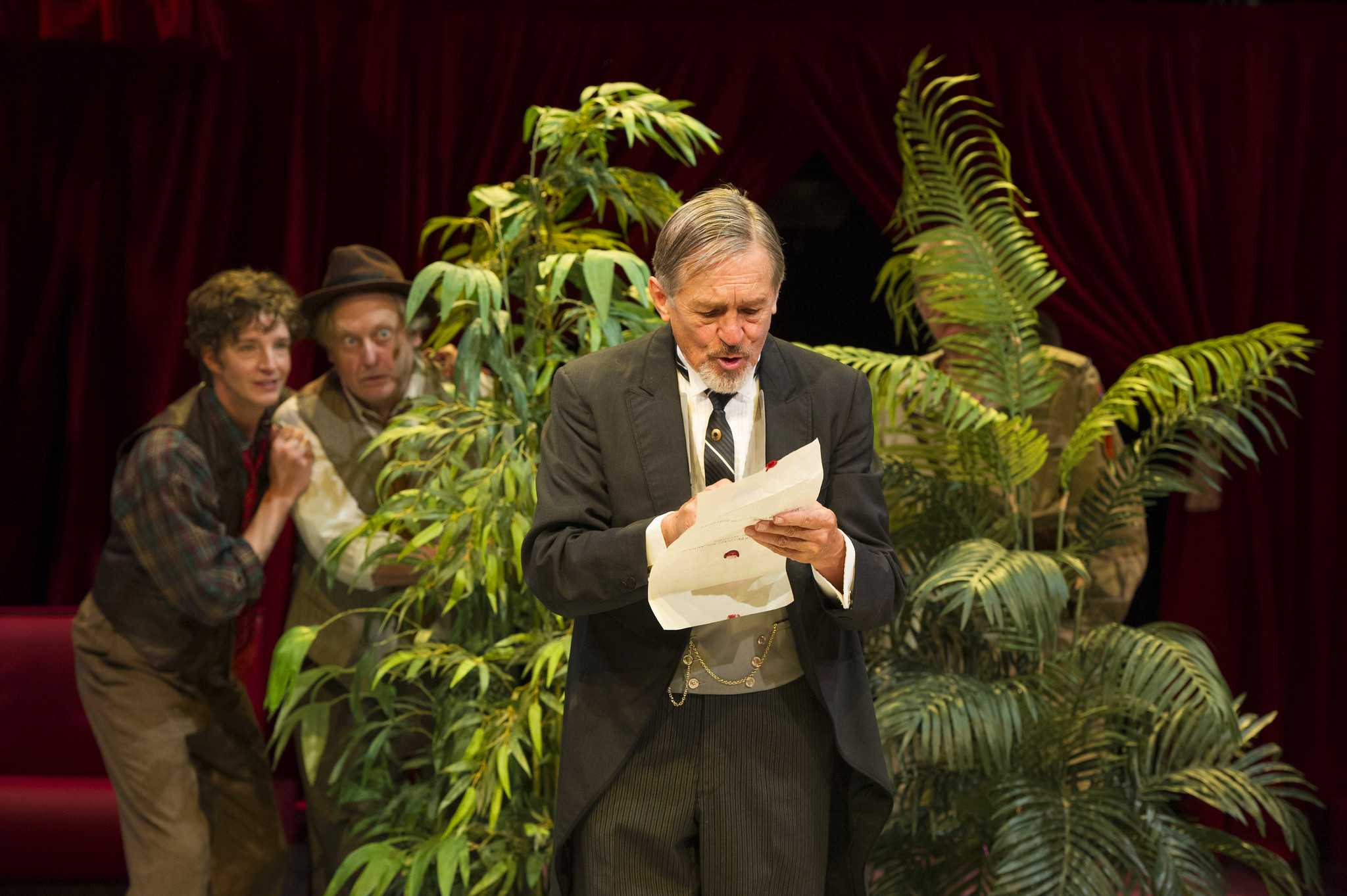 Sticking with the play pretty much as written (recent productions in New York and New Haven have included full-on musicals, casts of puppets, fully modern language and many other variations)  this production, directed with energy and style by Allyn Burrows, is set on a boardwalk at the beach in 1959. The plentiful music, which winds throughout, draws on jazz, early Motown, and classic 50’s harmonies.

A young woman named Viola washes up on the beach at Illyria after the shipwreck that swept away her beloved twin brother Sebastien. She disguises herself as a young man, Cesario in order to work for the local nobleman, Duke Orsino. She quickly falls in love with the Duke, who is in love with Lady Olivia. Olivia in turn falls for Cesario when “he” is sent to plead the Duke’s case. In addition to this trio, we have another: Sir Toby, Olivia’s drunk Uncle; Toby’s friend Sir Andrew Aguecheek, and Maria’s lady-in-waiting, Maria, who tease and taunt one another and Olivia’s uptight steward, Malvolio. The clown of the house, Feste, hovers around, offering songs and silliness.

A theme of real trauma underlies the comedy: Olivia (Cloteal L. Horne, passionate and very funny) is in mourning for her beloved brother. Malvolio (Miles Anderson) is truly devastated by the cruel prank Maria and Toby play on him.  Viola’s brother Sebastien, when he reappears, is stunned to be reunited with his lost sister – Deaon Griffin-Pressley is particularly moving as he realizes she is not dead after all.  And as Viola, the superb Ella Loudon finds new shades to a young woman who is struggling with her own identity: she doesn’t want to shed her man’s clothing at the end (and this Duke is fine with that).  Nigel Gore stood out as the absurd suitor Aguecheek, and as Toby, Steven Barkhimer was a bit more low-key than his drinking buddies, but he played at least three instruments in the clever songs (mostly performed by Gregory Boover as Feste.)

The sharp costumes were designed by Govane Lohbauer; the 1959-accurate dancing and battles overseen by movement director Susan Dibble.

Twelfth Night is funny, moving and hugely entertaining –in a crowded Berkshires summer of theater, it’s a real standout.

Additionally, Shakespeare & Company invites audiences to participate in a Free Pre-Show Talk on Tuesday, July 9th at 6:15pm as we provide insight into the plot and characters of the play to enhance your experience. Join Artistic Director Allyn Burrows and cast members for the Director’s Panel on Saturday, July 20th at 11am for a discussion of the creative journey of bringing Twelfth Night to the stage. Adult tickets for the Director’s Panel are $10 for adults and free for students. For tickets and more information visit shakespeare.org.