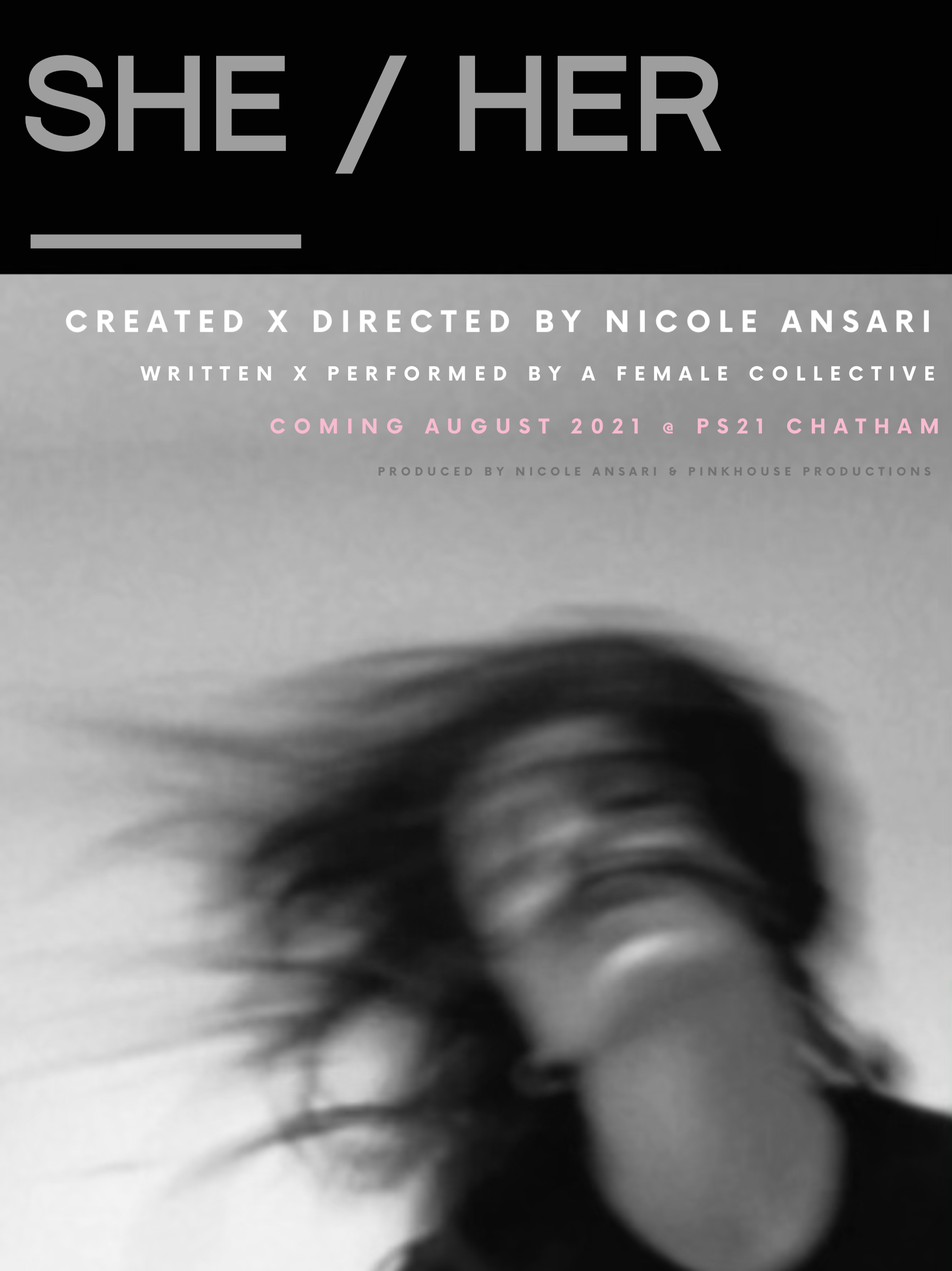 Nicole Ansari directs local actors in SHE/HER, monologues that explore memory and identity, August 12, 13 & 14 at PS21. Ansari is a celebrated actor, director, writer, and the founder of Actors Rising, an organization devoted to promoting collective healing through art. In SHE/HER, eight performers animate their meditative vignettes about identity, heritage, and personhood with music, humor, and drama.

Liza, a teenager on the verge of womanhood, ties the stories of seven women of varied ages and ethnicities to one another through her active witness, engendering the impassioned exploration of SHE/HER. Interweaving music and humor, the monologues deepen the women’s connections with the Earth and Sky as they disengage from their bodies over the course of a year without physical contact, while they evaluate unspoken assumptions about identity and the African diaspora.

In the opening monologue, Liza’s mother grapples with her lifelong habit of apologizing and lays bare her inner conflict through a violin duet with her daughter. Their musical conversation unites them, not only as mother and child, but also as women. As one monologue follows another, the women fall away, their stories complete yet opening the way to a new narrative, as Liza remains to assimilate and preserve their histories and those of the women who came before them.