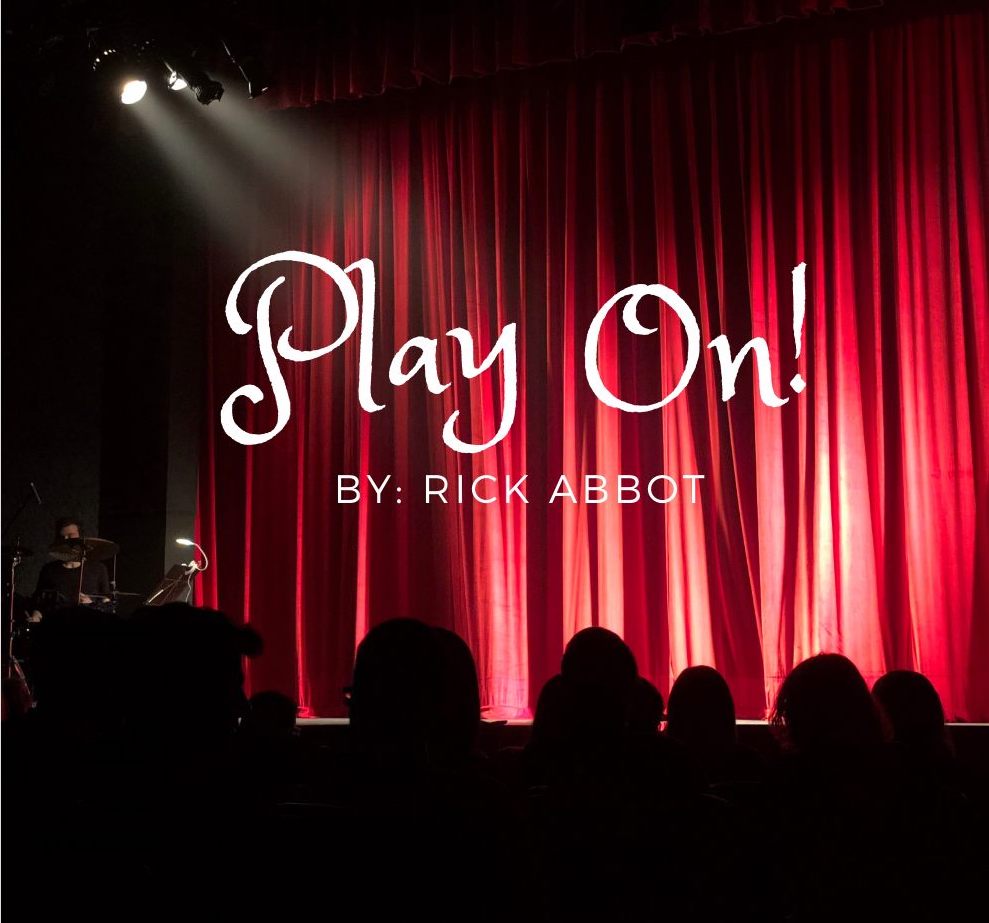 Black Cat Theater, Inc. is seeking actors/actresses for the fall production of Play On! by Rick Abbot directed by Becca Coolong. They will be held on Saturday, September 11 from 10:30am-1:30pm and Sunday, September 12 from 12:30-3:30pm. Auditions will be located at the South Hadley Public Library, 2 Canal St, South Hadley, MA 01075.

Auditions are open to all genders, ages 18 and over. Those auditioning should prepare a 60-90 second comedic monologue and be prepared to do a cold read.

To sign up for an auditions time slot please use the following link: https://forms.gle/t6jvWkLxeDR7Tb8m8

Although advance sign up is preferred, walk-ins will be welcome. If unavailable to be seen in person at this audition, please email blackcattheater@gmail.com.

Show dates for this production are November 18, 19, 20, 21. Rehearsals are on Monday, Wednesday, and Thursday evenings at 6pm starting September 27th.

As a community theater, Black Cat Theater, Inc. is always looking for people who would enjoy working “behind the scenes,” assisting with costumes, props, set construction and painting, and other tasks associated with producing a show. If interested, please email blackcattheater@gmail.com.

*For the safety of the cast, crew, and South Hadley High School Community, Black Cat Theater is requiring cast member for this production be vaccinated for COVID19. If you have questions about our safety protocols, please email blackcattheater@gmail.com.

SHOW SYNOPSIS: One plucky community theatre is about to produce a show called Murder Most Foul, a new “murder mystery play” with the same title as an Agatha Christie novel but with no relation whatsoever. The director/theatre manager, Gerry, thought producing the play was a good idea since the inexperienced playwright has agreed to let the company perform the show for no charge. Gerry, however, had no idea what disasters awaited her: the show is hilariously amateur, the “murder mystery” plot doesn’t really have a murder, and to top it off the playwright keeps changing the story and script only two days from its premiere! It doesn’t help that the cast is disgruntled, and the playwright accidentally deletes the entire sound effect board. All of the disasters come to fruition in Act III when the company performs the actual show with hilarious mishaps at every turn. Play On! is a hilarious love letter to community theatre.

Characters who are Actors/Actresses in the Play “Murder Most Foul”:

Henry Benish (50s-60s): A man who tries to please, especially his wife Polly. He stutters when nervous and has a difficult time staying on track (plays Lord Dudley in the play)

Polly Benish (50s-60s): An insecure diva. She loves the attention of center-stage. She is quick to take offense at any slight, either real or imagined (plays Lady Margaret in the play)

Marla “Smitty” Smith (18-25): A pretty but awkward young girl. She is a reluctant actress who suffers from stage fright and often forgets her lines (plays Doris the Maid in the play)

Saul Watson (40s): A bit of a jokester, he loves to stir things up. His favorite victim is Polly because she is so easy to get a rise out of. Sometimes indulges in a little “liquid courage” off-stage (plays Dr Rex Forbes in the play)

Billy Carew (mid-late 20s): A handsome, high-spirited young man. He develops a crush on Violet while rehearsing (plays Stephen Sellers in the play)

Violet Imbry (mid-late 20s): A pretty face behind which medical science may someday discover a brain. She knows her lines, just not always what they mean (plays Diana Lassiter in the play)

Characters who are on the Production Team of the Play “Murder Most Foul”:

Aggie Manville (30s+): the stage manager and prompter, tough and patient. They are almost “bomb-proof” regarding theatrical disasters.

Gerry Dunbar ( 40s+): the director, who is determined to pull together the troubled troupe of thespians, without strangling any of them (or the pretentious playwright)

Louise Pearey (25-40): the sound-and-lighting-and-set-design technician. The only thing they don’t do backstage is dress the actors. A bit of an Eeyore.

Phyllis Montague (40s+): the playwright. A bit ditzy and self-centered, they don’t understand why everyone objects to their “little tinkering” with the script