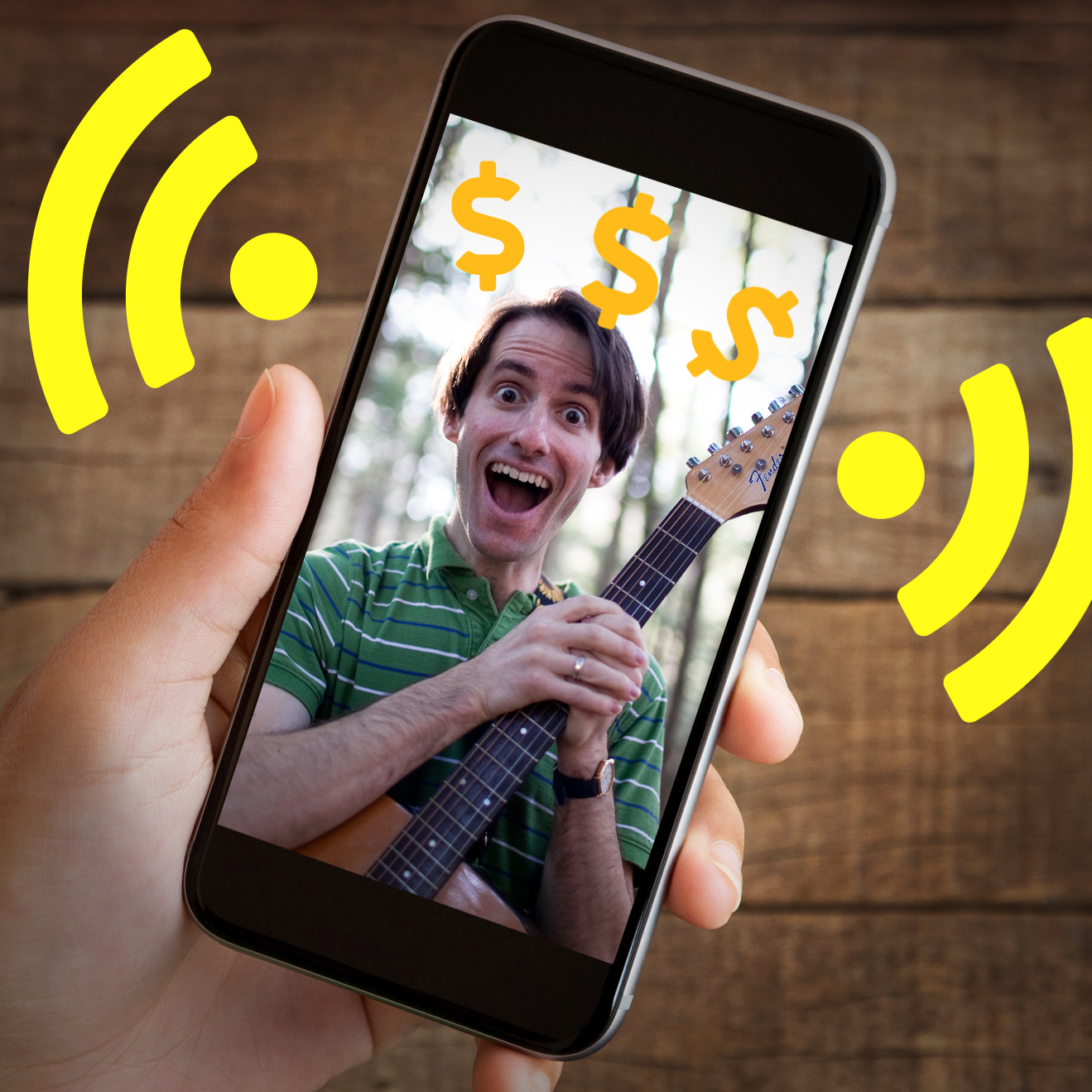 The Ko Festival of Performance begins 2022 with a pre-Valentine’s Day online treat: “Canary in a Gold Mine.” Not Zoom Theater, but made especially for the web, Canary… uses a comedic lens to explore fatherhood, marriage and environmental health.

Locked down during COVID and desperate to make theatre, Piti Theatre’s Jonathan Mirin turns the camera on . . . himself, telling the story of the mysterious symptoms his life and production partner, Swiss choreographer/designer Godeliève Richard began experiencing in 2010. Increasingly unable to leave the house and take care of their new baby, the couple contends with the growing likelihood that her illness is environmental – and inescapable. Richard’s severe neurological symptoms are triggered by exposure to EMFs, the wireless radiation that the rest of society is passionately embracing to connect phones, devices, and upload cat videos. As her electro-hypersensitivity (a.k.a. “microwave sickness”) worsens, Mirin finds himself compelled to become a public health advocate, activist, and petitioner in a landmark legal case against the FCC. The result: a show that’s a 21st century love letter as well as a wakeup call to the risks of 24/7 wireless exposure.

KoFest Artistic Director Sabrina Hamilton says, “At first I was worried that this might be an earnest public health lecture, but I’ve been watching the daily footage, and it’s really entertaining, with wonderfully inventive camera work. Anyone who has experienced chronic illness themselves or helped a loved one in crisis will find comfort and laughter in this show. It’s a fun and compelling dive into the opposing forces of corporate profit vs. public safety.” Mirin thinks of this show as his contribution to a new genre that’s “like theater…but flatter.”

The production will be shown online on Friday and Saturday, February 11 and 12 at 7:30 pm and Sunday, February 13 at 3:00 pm. Real-time discussions with MDs, scientists, thought leaders and the creative team will follow each performance. Audience members will be able to ask questions or comment via Vimeo’s chat function. The production will have an online version of Ko’s lobby displays with readings, images, weblinks and materials that enrich the audience experience. A captioned version will be available. Tickets are $30 Patron Price, $20 Standard Price and $10 Discount Price. For further information and tickets visit kofest.com.