REVIEW: “Songs for a New World” at the Berkshire Theatre Group 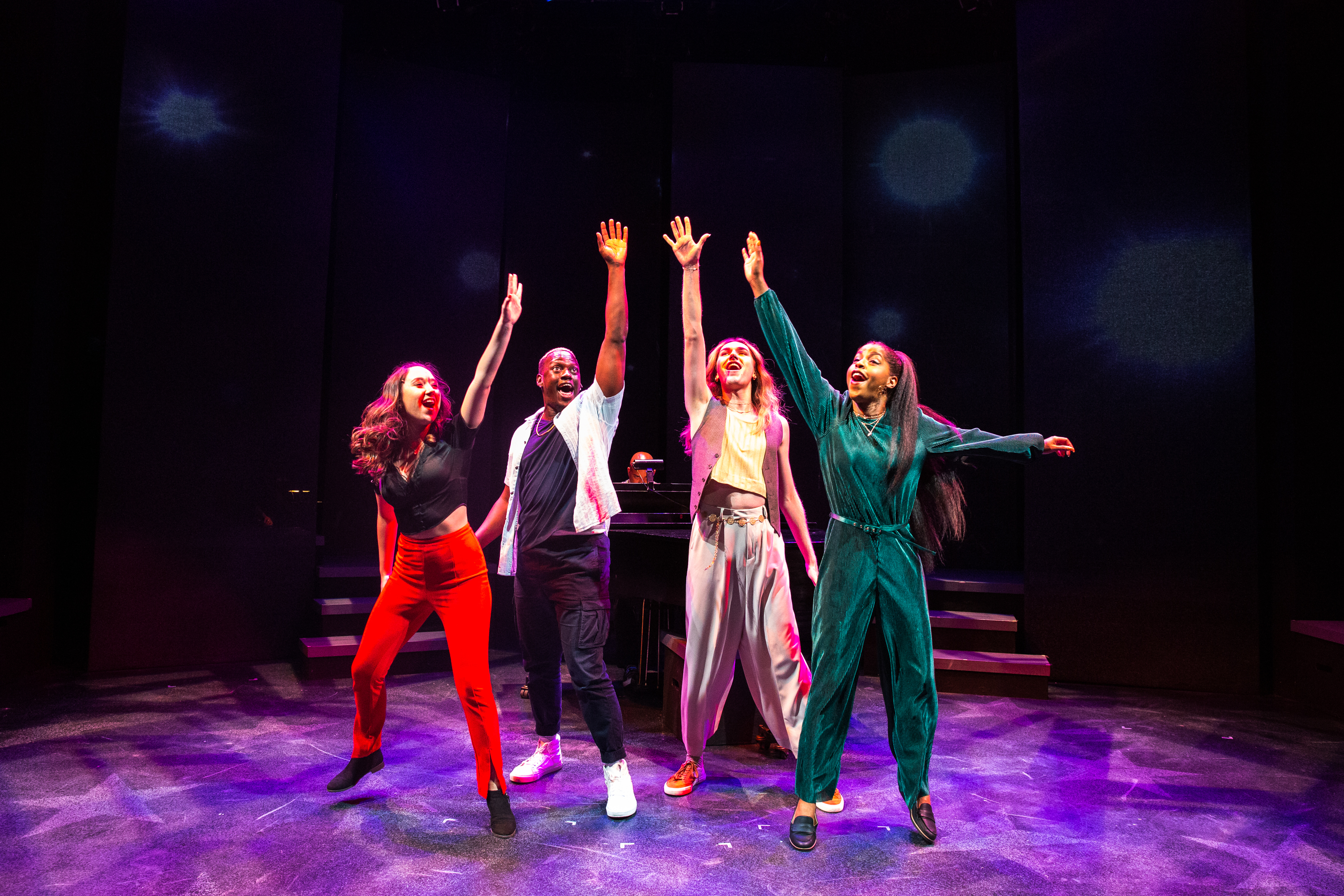 REVIEW: “Songs for a New World” at the Berkshire Theatre Group

Jason Robert Brown is a prolific composer/lyricist, the creator of such shows as The Last Five Years, Parade, and The Bridges of Madison County.  His first production, Off-Broadway 1995, was Songs for a New World, originally conceived by Daisy Prince who provided a unifying thematic concept to Brown’s diverse library of songs from concerts, productions and cabarets.  It is a show of its time.

Brown and Prince’s intent is to dramatize the transition from the old world to the new citing various human qualities, circumstances and relationships.  After an introductory number, “Opening Sequence I: The New World” performed by the four-person cast, “Opening Sequence II: On The Deck of A Spanish Sailing Ship, 1492” obviously alludes to the discovery of what would become America.  The following fourteen songs comment on mankind’s experience through the ages up to the contemporary world.

“Just One Step” is a quasi-comedic examination of marital expectations.  Mia Munn threatens to jump from her New York penthouse in order to shock her spouse into some sort of emotional response.  Apparently their expectations of matrimonial happiness are not in sync.

Along similar lines “Stars and the Moon” sung with a soulful ruefulness by Nathe Rowbotham is a knowing commentary about youthful arrogance and materialism juxtaposed with the mature understanding of the illusory nature of wealth.

In “I’m Not Afraid” a feisty Alexandria J. Henderson compares her defiance to the challenges that life offers as she watches people close to her cringe in fear and paralysis.

Michael Wordly’s “Steam Train” creates a visual and provocative take on basketball’s promise to move a young man into a new world of stardom that will not quite erase his youthful struggles.

Dante Harrell’s “King of the World” is a lyrical social statement supported by compelling visuals of Civil Rights activism.

There are difficulties, however, in following the development of the theme.  Brown’s compositions are at times upbeat or dramatic but not always melodious in that the musical arrangement for the vocals is problematic.  Where his later productions have mellifluous scores, here many lines of the songs are in the performers’ upper registers which does not allow for clear articulation.  If one cannot understand all that is being sung it is difficult to follow the song’s statement.

That being said, the cast is engaging with rich voices. They are energetic and their strong stage presence lends a vitality to director/choreographer Gerry McIntyre’s simple yet effective staging and dance numbers.  Projections by lighting and projections designer Shawn Edward Doyle are cast on an upstage screen.  He utilizes documentary footage and myriad graphics that complement the various songs.  The floor of the stage is also a graphic of lines and shapes that imply a fragmented world.

The costumes by Shivanna Sooknanan are contemporaneously neutral not depicting a particular age or time.  Kaique “Kai” De Souza sound design sometimes allows the three piece band to drown out the singers.

If one is accustomed to the style of the music there are many positives to Songs For A New World, but like so much of the theatre’s contemporary musicals, it’s a matter of taste.