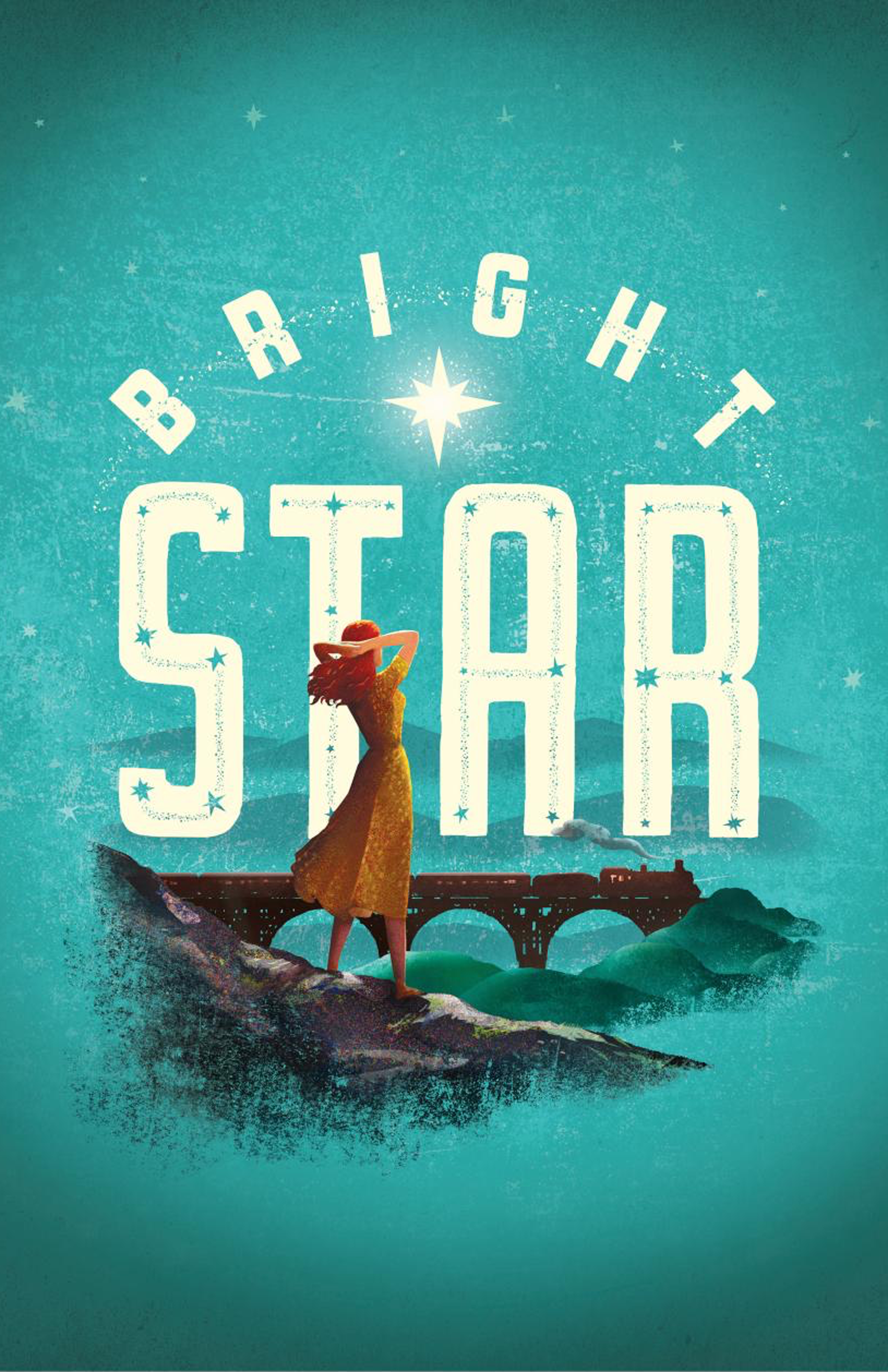 Inspired by a true story, Bright Star tells a sweeping tale of love and redemption set against the rich backdrop of the American South in the 1920s and 1940s. When literary editor Alice Murphy meets a young soldier just home from World War II, he awakens her longing for the child she once lost. Haunted by their unique connection, Alice sets out on a journey to understand her past—and what she finds has the power to transform both of their lives. With beautiful melodies and powerfully moving characters, the story unfolds as a rich tapestry of deep emotion. An uplifting theatrical journey that holds you tightly in its grasp, Bright Star is as refreshingly genuine as it is daringly hopeful.

“After last season’s production of Next to Normal, audiences begged us for another musical with emotionally challenging and thought-provoking material,” explained Executive and Artistic Director Kyle West. “Bright Star is a perfect fit for our community, who will not only deeply feel for Alice Murphy’s journey, but fall in love with Steve Martin and Edie Brickell’s toe-tapping and powerful Americana/bluegrass-style score!”

Courtnie Harrington of Greenwich stars as Alice Murphy. An audience favorite, Courtnie has appeared in Fort Salem Theater productions of The Diary of Anne Frank (Edith Frank), Pride And Prejudice (Lizzy), and There’s No Business Like Snow Business. Courtnie recently returned to Washington County after graduating from The Institute of American Musical Theater in New York City. While in New York, she starred in Hudson Classical Theater’s Sense and Sensibility (Charlotte Palmer), Antony and Cleopatra (Iris) and Pride and Prejudice (Lydia), as well as Alpha NYC’s production of Peter and Wendy. Other local credits include Schenectady Light Opera Company’s Songs For A New World (Woman 2), and Ariel in The Little Mermaid with Family Players of NENY.

Guest artist Matthew Clemetson makes his Fort Salem Theater debut as Jimmy Ray, a role he recently performed at the Red Barn Theatre in Indiana where he also appeared in Murdered To Death (Thomskins). Matthew is a graduate of the American Musical Dramatic Academy Acting and Voice Conservatory NYC. Regionally, he has performed in Newsies (Jack Kelly) at both Crane River Theater in Nebraska and Virve Theater of St. Louis, Songs For a New World (Man 1) at Grand Center Arts, and originated the role of Johnny Roger in Off-Broadway’s Birthday Boy. At Peabody Opera House in St. Louis, Matthew performed alongside American Idol and Broadway star Fantasia Barrino in her concert tour. He also appeared in ACT of Connecticut’s New Works Series and performed in Godspell (Jesus) and You’re A Good Man Charlie Brown (Schroder) while in school.

Noah Casner returns to the Fort Salem stage as Billy Crane, having recently appeared in Grease (Doody), Next to Normal (Gabe) and There’s No Business Like Snow Business. Noah holds a BFA in Drama from NYU’s Tisch School of the Arts, where he studied at the Lee Strasberg Institute and the Experimental Theatre Wing. His stage credits include Spring Awakening (Moritz) at Weathervane Theatre, where he also performed in White Christmas, Sister Act, and Bright Star, The 25th Annual Putnam County Spelling Bee (William Barfeé) at Spa City Theatre, and Parade (Frankie/Young Soldier) at the Strasberg Institute. He has participated in the development of numerous premieres and new works and short films.

Bright Star is directed and choreographed by Dennis J. Clark, a New York native, born and raised in New Hartford, NY. Dennis received a BA from the State University of New York at Geneseo in Music – Vocal Performance, Musical Theatre and Communications. He has performed, directed and choreographed all over the United States for regional theaters, touring productions, outdoor amphitheaters and various other venues. As a performer, Dennis has toured the country and performed regionally in lead roles in Singin’ in the Rain, A Chorus Line, White Christmas, Crazy for You, Blood Brothers, and John and Jen to name a few. Dennis is also an accomplished teacher having taught and directed for Walnut Hill School for the Arts in Natick, MA and Stagedoor Manor in the Catskills. Dennis is a proud member of Actors Equity, and the Society of Stage Directors and Choreographers. Most recently he finished his term as Artistic Director of the Ritz Theatre in Sheffield, AL. Dennis serves as Vice President on Fort Salem Theater’s Board of Directors and performed in last season’s Salem Under The Stars concert event.

Music director Berry Ayers is a transgender musical theatre artist, musical director, director, choreographer, writer, comedian and model. After finishing school at University of Cincinnati, College-Conservatory of Music in musical theatre, she traveled the world performing on stages from LA to New York and every continent that has a stage. She spent five years as The Naked Maid in Naked Boys Singing and toured nationally as Paul in A Chorus Line, plus regional credits as ZaZa/Albin in La Cage Aux Folles, Edna in Hairspray, Harold Bride in Titanic, Princeton/Rod in Avenue Q, Dave in The Full Monty, Miss Deep South as well as Miss Bible Belt (for 3 years) in Pageant, Sylvia St. Croix in Ruthless!, George in The Drowsy Chaperone, Tito Morelli in Lend Me A Tenor and Jinx in both Forever Plaid and Plaid Tidings. As musical director, she has worked on the shows The Who’s Tommy, Footloose, Legally Blonde and Beehive, to name a few. She starred in the short film entitled Pie Car with Starfruit Productions, an official selection of the MINDY film festival in Miami, The Dumbo Film Festival in New York City, The Sarasota Film Festival and Lady Filmmakers Festival in Beverly Hills, now available on Amazon Prime. She was a frequent co-host and guest on daytime television with ABC7’s Suncoast View.  Her comedic tour of the famous Ringling Museum made the New York Times, and she has performed on national touring comedy stages. She has hosted performances for Nielsen Ratings and performed for the 2020 American Theatre Critics Association annual conference where Frank Rizzo, theatre critic for Variety called her “…such great fun.”