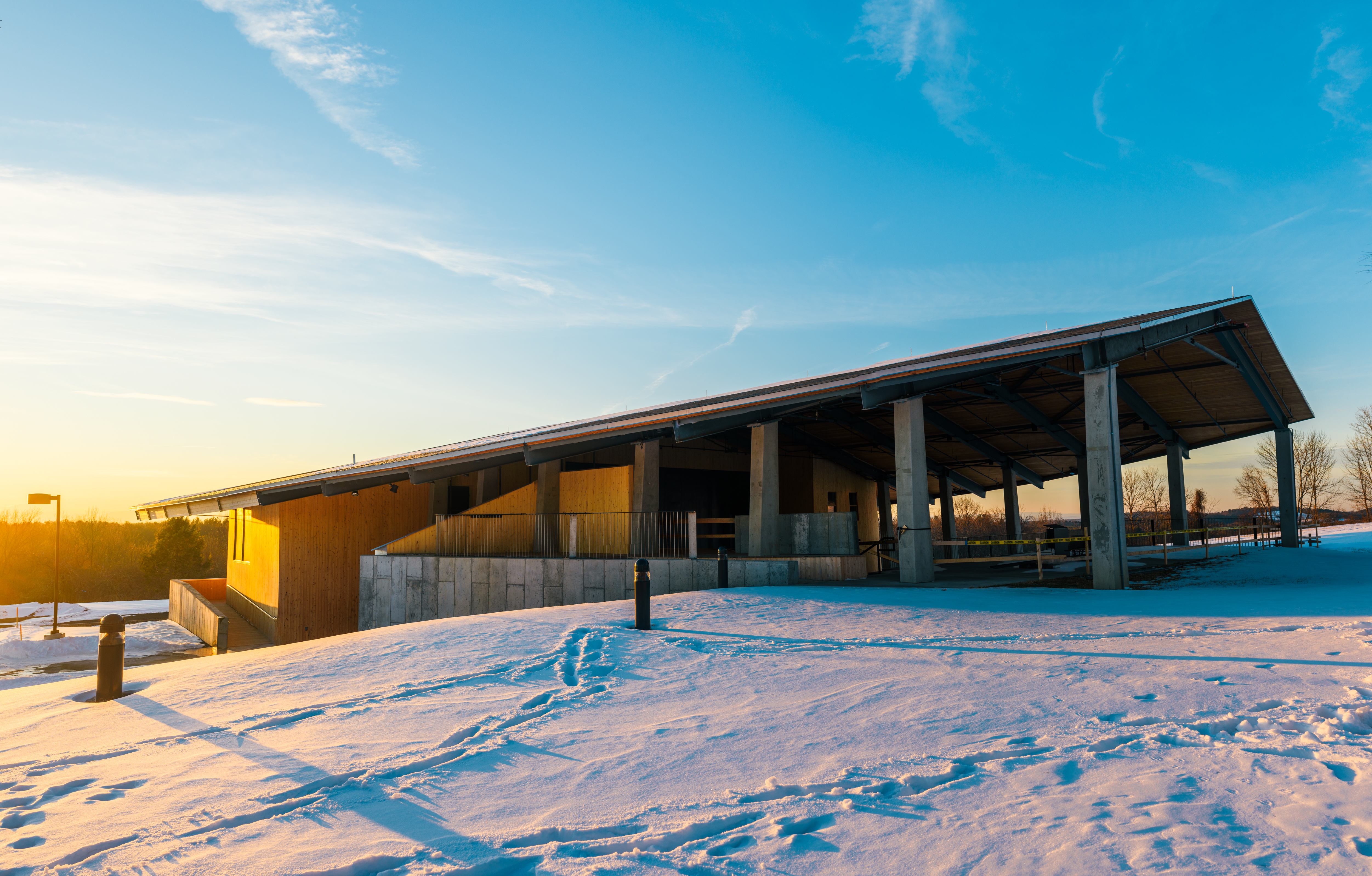 [CHATHAM, NY] – PS21: Performance Spaces for the 21st Century will open the doors to its new state-of-the-art black box theater on April 14, 2018. For the previous 12 years PS21 has presented a dynamic program of contemporary dance, classical and roots music, and live theater throughout the summer months under a saddle span concert tent. The new facility is an extraordinary leap from tent to fully equipped professional theater.

Judy Grunberg is PS21’s founder, Board President, and a Chatham resident. One day in 1995, when Judy’s son Noah was in architecture school, her late husband Paul said, “Chatham could use a theater, a performing arts space, and maybe Noah could design it.”

“He just kind of threw it out there,” Judy said. “I thought, ‘What a cool idea.’ That put the spark in my head. My parents were both amateur musicians, our friends were musicians. My mother and I went to see all types of dance, from Broadway shows to ballet to folk dance. It’s hard for me to imagine my life without art in it. Paul was right. A performing arts space is just what we needed.”

Judy Grunberg purchased the first property, a 60-acre commercial apple farm called Macintosh Farm, in 1999. “When we first moved to Chatham we bought their apples in baskets by the side of the road. I saw the property and thought, ‘This is beautiful. I guess we can put a building here.’”

Later, the adjoining forty acre farm came on the market. This one included a house and the barn. Grunberg purchased the property and eventually converted it to housing and rehearsal space for visiting artists.

The next step was to assemble a board of directors. “We agreed early on to concentrate on the performing arts. At that time, dance wasn’t available locally, so we knew it would need to be an important component,” Grunberg said.

The new organization couldn’t afford to build a permanent facility right away. Instead, they decided to “just do something” to get people excited about the project. A tent seemed like a viable alternative. Noah Grunberg found the saddle-span concert tent and designed the space. And it was Noah who suggested architect Evan Stoller to design the permanent building. Paul Winnie was hired as General Contractor for the new building.

PS21’s audiences grew steadily, and enough money was raised to begin to design and build a permanent theater. “We knew we wanted something that had the feeling of the tent, yet was cozy and protected from the elements. The black box theater, which is a small enclosed space in the winter and then transforms into an open pavilion in the summer, was the natural solution,” Judy Grunberg said. The new building is sleek and spare and blends naturally with the landscape.

“The completed building is a metamorphosis rather than a singular development and the result is a design that is grounded,” explained architect Evan Stoller. “The theater is planted into the hill rather than sitting on the hillside, and it plays off the design of ancient Greek theaters. The audience feels the hill rising up and surrounding them. The rough concrete and unique form give it strength. The wood siding plays off the concrete, and the voids and openings make the structure seem mysterious and special.” Energy efficiency is achieved by use of deep insulation, ground source heat pumps, and LED theater lighting.

The black box portion of the theater is a flexible 40’x60’ performance space that is closed in the winter and seats up to 99. In warmer months, the east wall slides open and the black box transforms into the stage for the 14,000 square foot, 300-seat open-air pavilion theater. This seasonal portion will open for the first time on June 30.

Other features of the building include a green room, dressing rooms, a small kitchen, gift shop and ticket office, offices for staff, and an elevator. The building has been under construction for two years.