REVIEW: “Cabaret” at the Ghent Playhouse 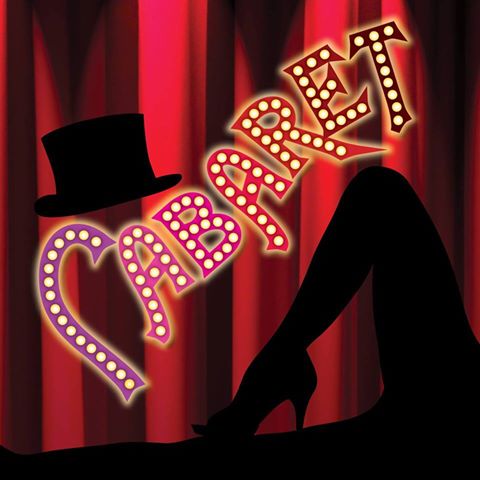 REVIEW: “Cabaret” at the Ghent Playhouse

A Snapshot of the Weimar Republic

The classic Kander and Ebb musical CABARET portrays sexual depravity as a metaphor for the decadence of 1931 Germany, where the Nazis were poised on the cusp of power.  At least that was director Sam Mendes’s concept when he reimagined the show for the Roundabout Theatre Company in 1998. This conceit has been adopted by Matthew Teicher in his powerful staging of CABARET at the Ghent Playhouse, where it runs through April 1, 2018.

The Tony-award winning musical opened in November 1966  with music and lyrics by John Kander and Fred Ebb, directed by Harold Prince, and starring Joel Grey as the Emcee or Master of  Ceremonies of the seedy Kit Kat Klub. The book, by Joe Masteroff, was based on John Van Druten’s 1951 play I AM A CAMERA, which in turn had been adapted from Christopher Isherwood’s short novel GOODBYE TO BERLIN.  In 1972 a film version, directed by Bob Fosse and starring Joel Grey and Liza Minnelli, won multiple awards but differed radically from the stage play.  The 1998 Roundabout revival starred Natasha Richardson and Alan Cumming in Tony-winning performances.

CABARET splits its attention between the degeneracy of the Kit Kat Klub and the attempts at respectability by Fraulein Schneider, a decent woman who runs a nearby boarding house, on the other.  The plot revolves around the romance of two of Fraulein Schneider’s tenants– Clifford Bradshaw, an aspiring writer from Pennsylvania (Alex Benson) and the young English singer Sally Bowles (Nicole Mecca), a featured performer at the Kit Kat Klub.  Their rocky relationship contrasts with the deep but star-crossed attachment between the older Fraulein Schneider (Sally McCarthy) and her adoring lodger Herr Schultz (Monk Schane-Lydon).

It is the boundless energy of the Emcee (Brian McBride Land) who drives the action, inviting us to come into his nightclub, where “life is beautiful” (an obvious untruth), shocking us with his outrageously in-your-face sexual behavior.  The debauchery is enhanced by the thrust of the stage apron, built out to provide a platform where the various sexual positions and grinding bodies of the Emcee and his six member female chorus can land in the audience’s lap (sometimes quite literally).  Whereas in the original production, Joel Gray’s Emcee was  described  as “a ventriloquist’s dummy come to life,” wearing formal attire, white makeup, colorful lips and red cheeks in garish surroundings, Lamb (following Alan Cumming) struts and dances in black leather and a basically bare chest in a Kit Kat Klub that is raunchy, ugly and masochistic.

If the script does not provide us with fully-developed flesh-and- blood characters, perhaps that is because the audience is meant to be kept at a distance.  At the Roundabout, Sam Mendes tried to modify that aspect by encouraging Cumming and Richardson (as Sally Bowles), to show us their underside, their vulnerability.  Lamb, with all his vigor and hyperactive libido, does not meet this challenge.  His Emcee hardly changes from beginning to end:  his disintegration remains invisible, with the single exception of the eleventh-hour backstage song:  “I Don’t Care Much,” which leads to the shocking ending.  Lamb is a multi-talented performer but he does not reveal the human soul hiding beneath his glitzy exterior.  This is often the case with Mecca’s Sally Bowles, apolitical, promiscuous, and determinedly carefree, who spends a good part of Act I casually seducing the bisexual Clifford Bradshaw.  But in her final scene with Benson, followed by a moving rendition of the title song (no Liza Minnelli triumphalism here), she expresses her fear and desperation.

Benson depicts a passive character who mainly reacts to the unraveling political situation around him.  However, he comes to life forcefully in his later confrontations with Sally and with his “friend,” the Nazi Ernst Ludwig.

While all of the major performers are blessed with strong voices, it is Mike Meier, playing Ludwig, who stands out.  His  first-act finale rendition of “Tomorrow Belongs to Me,” in which he is joined by Emily Spateholts as the prostitute Fraulein Kost, is operatic and chilling, a highlight of the production.  In the course of the play, Meier portrays both the charm and the fierce cruelty of Ludwig.

But it is McCarthy and Schane-Lydon as the older couple who provide us with the heart of the musical, the only chance for love to show its fragile face in this hideous world.  Their scenes and songs are unforgettable and heartbreaking as they attempt to connect, impending doom looming over them.  The increasing popularity of extremism in 1930s Germany is a phenomenon all too familiar to us today in the twenty-first century.

Teichner, the director, keeps the action moving at a brisk pace.  He uses his female chorus ingeniously, as set changers and prop holders, connecting them to the action both within and outside of the Kit Kat Klub.  Sometimes they pose like frozen observers strewn around the stage; at other times they climb acrobatically on the upstage scaffolding (a technique Teichner employed successfully in his recent production of THE ROCKY HORROR SHOW).  He makes use of the whole theatre, as his performers enter and exit the stage from the aisles, the wings and an upstage door with a window (not to mention the restrooms).  They are encouraged to interact with the audience, to sometimes unnerving effect.

Choreographer Meaghan Rogers demands perfect timing and difficult steps from her dancers, including a Rockettes-style kick line that metamorphoses into goose-stepping soldiers.  They  are up to the task–even Bobby the Chorus Boy (Dove Frishkoff) and Land in drag.  But the overuse of sexual postures and pelvic thrusting quickly becomes mind-numbing.

Set Designer Cathy Lee-Visscher wisely keeps the set to a minimum.  The apron serves as a platform for nightclub tables,  behind which are narrow entrances and exits, and tied-back red curtains on either side of the proscenium, allowing a porous border for the scenes to bleed into each other.  Lighting Designer Izzy Filkins illuminates the proscenium with light bulbs and deploys ten footlights to indicate the edge of the nightclub stage.  Costume Designer Joanne Maurer’s work adds to the atmosphere of the place and time.

There are no live musicians:  the instrumental score is pre-recorded and played over the sound system.  This works surprisingly well except on the occasions when one wishes the key of a song might be lowered to accommodate a singer’s range.

All in all, CABARET, two hours and forty minutes in length, is enjoyable, energetic and exciting.