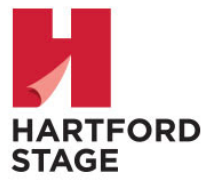 “I am so thrilled to have had the privilege to partner with Darko and the Hartford Stage Artistic staff to help assemble this positively remarkable2019/2020 lineup,” Bensussen said. “These productions feature provocative new voices that will resonate with the Hartford community and further cement Hartford Stage’s extraordinary national reputation.”

The 2019/2020 season opens with Octavio Solis’s Quixote Nuevo, a reimagining of Don Quixote by Miguel de Cervantes, directed by KJ Sanchez (ReEntry, K’nyum, (dis)placed). Quixote Nuevo is set in the fictional modern-day border town of La Plancha, Texas, where Don Quixote loses himself in stories of chivalrous escapades and embarks upon a quest of imagination, adventure, and Tejano music. Along the way he recruits a hapless but trusty sidekick in his search for lost love. As the community wrestles with containing Quixote’s fantasies, he, his family and friends discover the joys and perils of being the hero of your own story.  Quixote Nuevo is produced in association with Huntington Theatre Company and Alley Theatre.

Solis’s work has been produced across the country. His newest play, Mother Road, debuted this month at the Oregon Shakespeare Festival. Solis is the recipient of an NEA Playwriting Fellowship, the Kennedy Center’s Roger L. Stevens Award, the National Latino Playwriting Award, the 2018 Imagen Award for his consulting work on the animated Pixar film Coco, and the 2019 Distinguished Achievement in the American Theatre Award from the William Inge Theatre Festival.

New York playwright Molly Smith Metzler’s ode to modern-day motherhood, Cry it Out, peers into the lives of four new parents with nothing in common except sleep deprivation, unreliable childcare and the notion of “having it all.” The darkly funny comedy takes a smart and honest look at the power of female friendship, the dilemma of going back to work after being home with a newborn, and the effect social class has on parenthood in America. Hartford Stage Artistic Associate Rachel Alderman will direct.

Cry it Out is the recipient of a 2018 Harold and Mimi Steinberg/American Theatre Critics Association New Play Citation. Metzler’s work (Elemeno Pea, The May Queen, Carve) has been produced at Manhattan Theatre Club, The Kennedy Center, The O’Neill National Playwrights Conference, and the Geva Theatre Center. She is the recipient of the Lecomte du Nouy Prize from Lincoln Center and the Mark Twain Comedy Prize. The playwright and screenwriter has written episodes of Casual (Hulu),Orange Is the New Black (Netflix), Codes of Conduct (HBO), and Shameless (Showtime).

Brontë’s beloved tale of courage, sacrifice and self-respect features one of literature’s greatest heroines. Orphaned as a child, Jane takes a position working as governess at Thornfield Hall for the brooding Edward Rochester. The strong-willed Jane falls in love with her mysterious employer, but the discovery of a dark secret and its devastating aftermath forces the young governess to make a heart-wrenching decision that changes their lives forever. Published in 1847, Jane Eyre is widely considered to be the first major feminist novel and has inspired countless reinterpretations, including adaptations for stage, television, film and opera. Williamson’s adaptation will be intimate and intense, focusing on Jane’s integrity and inner strength.

Subscriptions for the six-play mainstage season are now on sale. Visit https://www.hartfordstage.org/show/subscribe, or call the Hartford Stage Box Office at 860-527-5151. Please note that titles and artists are subject to change.

Tickets for A Christmas Carol – A Ghost Story of Christmas are currently on sale to subscribers only.  It is not part of a subscription series.

Single ticket and group sales for all shows will go on sale to the general public in July. For information on group sale discounts, visit www.hartfordstage.org/group-sales or call (860) 527-5151.

Now in our 55th season, Hartford Stage is currently under the leadership of Artistic Director Darko Tresnjak. In January 2019, Melia Bensussen was named the sixth Artistic Director of Hartford Stage and will assume the role in June. One of the nation’s leading resident theatres, Hartford Stage is known for producing innovative revivals of classics and provocative new plays and musicals, including 73 world and American premieres, as well as offering a distinguished education program, which reaches close to 21,000 students annually.

Since Tresnjak’s appointment in 2011 the theatre has presented the world premieres of A Gentleman’s Guide to Love and Murder on Broadway, winner of four 2014 Tony Awards, including Best Musical and Best Direction of a Musical by Tresnjak; Rear Window with Kevin Bacon; the new musical Anastasia by Terrence McNally, Stephen Flaherty and Lynn Ahrens; Quiara Alegría Hudes’ Water by the Spoonful, winner of the 2012 Pulitzer Prize for Drama; Breath & Imagination by Daniel Beaty; Big Dance Theatre’s Man in a Case with Mikhail Baryshnikov; and Reverberation by Matthew Lopez.

Hartford Stage has earned many of the nation’s most prestigious awards, including the 1989 Tony Award for Outstanding Regional Theatre. Other national honors include Outer Critics Circle, Drama Desk, OBIE, and New York Critics Circle awards. Hartford Stage has produced nationally renowned titles, including the New York transfers of Enchanted April; The Orphans’ Home Cycle; Resurrection(later retitled Through the Night); The Carpetbagger’s Children; and Tea at Five.