REVIEW: “Beauty and the Beast” at the Sharon Playhouse 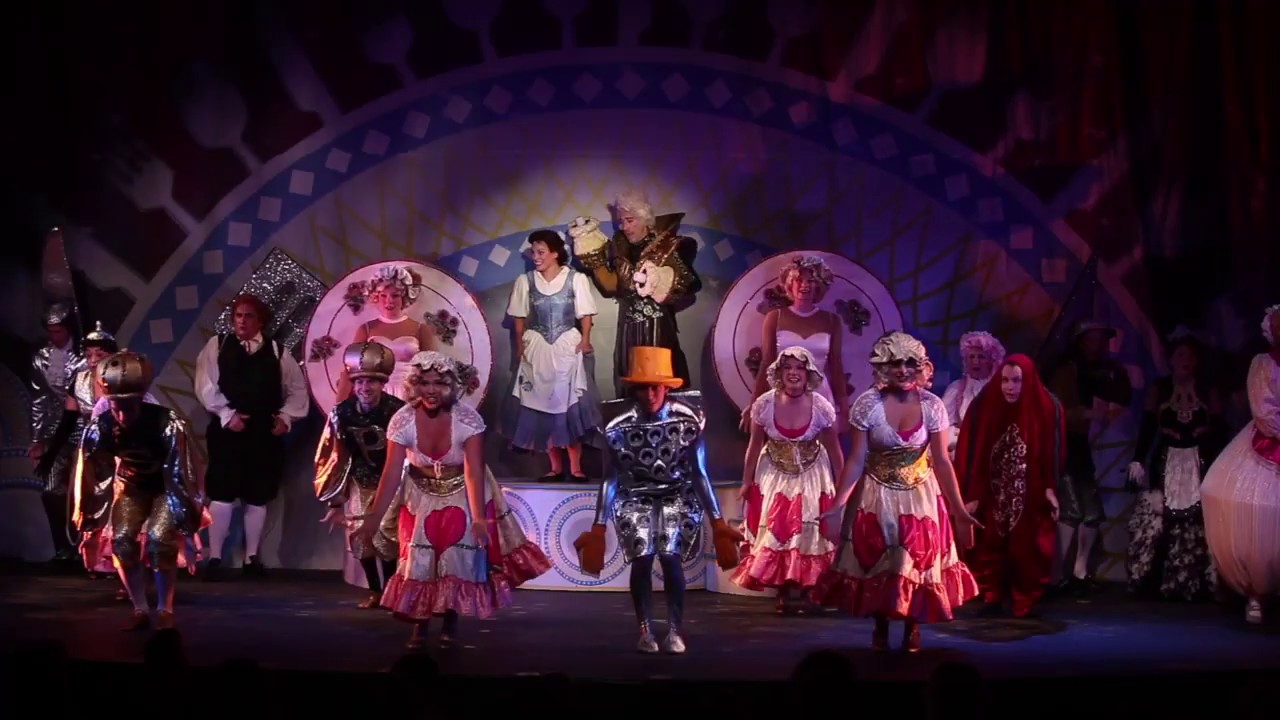 REVIEW: “Beauty and the Beast” at the Sharon Playhouse

The famous tale of Beauty and the Beast had its origin in 1740 when a French woman first put it to paper.  Through the centuries it has been adapted by other authors.  The story was first filmed in 1946 by Jean Cocteau and starred Jean Marais and Josette Day; in 1976 a made-for- television film starred George C. Scott and Trish Van Devere.  The highly popular animated Disney film in 1991 was followed by the Broadway musical in 1994.  This version has played throughout the country and is now at the Sharon Playhouse in a rousing production.

There’s no need to describe the plot as it is a fairy tale with heroes and heroines, villains, conflicts, magic, complications and, of course, a happy ending.  At the Sharon Playhouse the show is brought to charming life by an excellent cast under the sure hand of director Alan M-L Wager, choreographer Cheryl Swift and the solid accompaniment of the six piece band led by Patrick Hoagland.

Becky Whitcomb is engaging as the beautiful Belle who has a thirst for life and is looked upon as being odd by her neighbors because she reads books.  She sings beautifully bringing deep emotions to her songs especially her two major solos “Home” and “A Change in Me.”  The Beast, as portrayed by Trevor Martin, is ill-tempered in his isolated, dark castle.  His transition, motivated by Belle, into a gentle man/beast is sensitively and whimsically played.  “If I Can’t Love Her” at the end of the first act is touching as he voices his angst and frustrations.  Their scenes together are convincingly dramatic and romantic as the plot develops.

There is much humor throughout the show carried primarily by Michael Kevin Baldwin’s Cogsworth the clock (humans have been turned in to furnishings by the spell cast upon the Beast when he was a young inhumane prince,) and Jesse Swimm as Lumiere the candlestick; Daniel Patrick Smith is the arrogant comic-book-style scoundrel Gaston until he becomes an absolute villain, and his lackey LeFou is played by Angel Hernandez.  Baldwin is a riot getting most of the laughs with his faux British accent, mincing gestures and semi-cynical view of life in the castle.  Swimm is somewhat more worldly than his clock friend; his laugh lines are subtle and sophisticated.  Smith’s Gaston is likable though crude and self-centered in the earlier scenes.  His he-man attitudes are satirized by his body-builder poses and purposeful strides as he pursues the lovely Belle while Hernandez plays the foil.  Others who get healthy laughs are Debbie Prutsman as Mrs. Potts, the kindly teapot, who also sings the play’s theme “Beauty and the Beast” and self-involved Madame De la Grande Bouche (The Lady with the Big Mouth) the dresser played by Johanne Borge Kesten.

Along with choreographer Swift, director Wager keeps the show moving smoothly as he alters moods and pace.  Their stage pictures are always focused and advance the story.  The major production numbers “Gaston” and especially “Be Our guest” are inventively staged by Swift.  The musical accompaniment is supportive and does not drown out the actors.

Sharon’s stage is not very deep nor wide. The sets, of which there are many,  by Christopher and Justin Swador have to be simple and still create the various environments.  Their design accomplishes this with various pieces representing the village that the cast places and strikes while the multi-tiered castle fills the upstage area.  Several drops delineate the forest and other locations.  Jamie Roderick’s lighting, including a dramatic laser show to dramatize the Beast’s transition, complements the sets and immediately establishes the tone for each scene.  The costumes created by Keith Schneider from the villagers’ simple clothing to the castle’s “human” furnishings are imaginative and colorful.

For a small budget summer stock theatre the new administration and creative personnel, has made Sharon Playhouse a community resource for popular musicals with talent from Equity actors to local non-professionals and imaginative technical designs.

This Beauty and the Beast is an absolute joy!