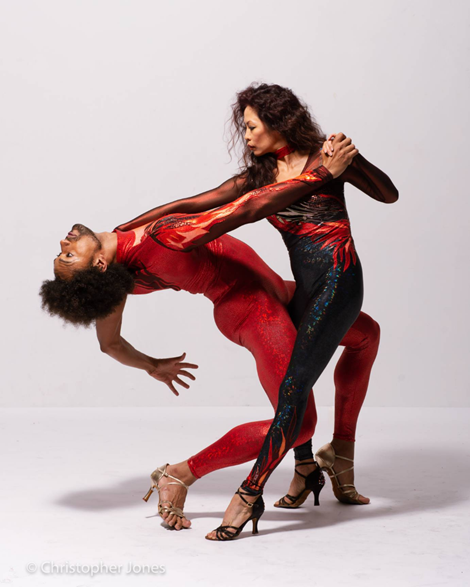 While Bridge Street Theatre’s initial Dance Residency Initiative has been completed, the Catskill performance space is continuing to make its facility available to artists developing new work. “At this point, we have groups scheduled in one- to three-week slots until at least early July, and potentially beyond,” says BST Artistic and Managing Director John Sowle. Next up on the roster: Kristine Bendul, a Broadway performer and choreographer, and Abdiel Jacobsen, a former principal with the Martha Graham Dance Company, who have teamed up to compete in professional ballroom dancing as a gender-neutral couple.

Traditionally, ballroom dancing has had a fairly inflexible view of gender performance, one which Bendul and Jacobsen are eager to challenge. The pair both perform in high heels, organically alternating leading and following roles several times during the course of a routine. For many, it’s an entirely new way of seeing partnered dancing – not as male/female, not as man/woman, but as pure energy, pure expression. Both are people of color as well, dancing in an arena that has previously been overwhelmingly white. For these and other reasons, they feel that trying to expand these entrenched attitudes is important – even critical – and that now is definitely the time to make the attempt. As Jacobsen says, “The future is fluid.”

Kristine Bendul and Abdiel Jacobsen will be in residence at Bridge Street Theatre from April 12-18, 2021. During their stay, director Brian Thomas and producer Brian Rubiano will be filming their work-in-process for inclusion in a feature-length documentary about the couple called “FollowLeadLOVE”. Thomas will also create a free video excerpt from the footage he’s shooting which will be available for viewing on Bridge Street’s YouTube channel shortly following the completion the Catskill residency. Stay tuned! To learn more about “FollowLeadLOVE”, go to https://www.transenddaens.com/projects. And for more information on previous, current, and future participants in BST’s Dance Residency program, visit https://bridgest.org/2021-spring-dance-residencies/