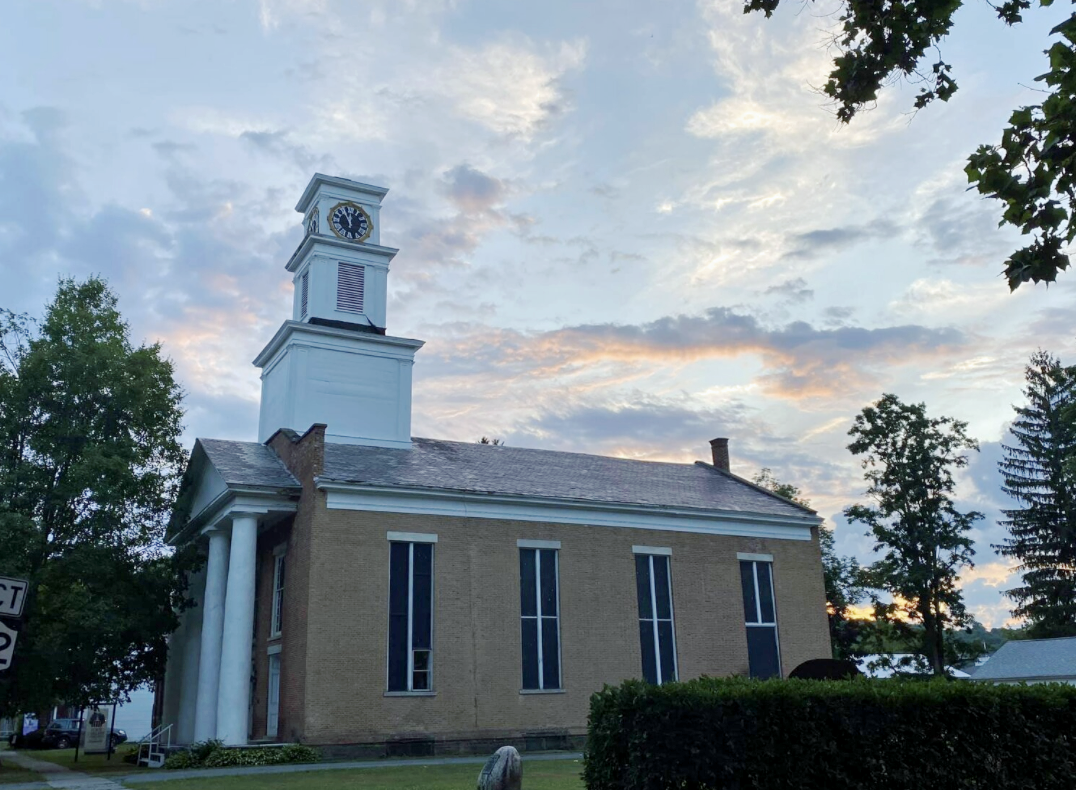 Fort Salem Theater announces auditions for The Marvelous Wonderettes (June 18-June 27) and Next to Normal (July 23-August 1), performed indoors with a socially distanced in-person audience of 33% (65 seats maximum). Video submissions are currently being accepted through Monday, May 3rd.

Fort Salem Theater’s COVID procedures are available online here, and will be strictly enforced. Actors must be able to provide proof of completed COVID vaccination 2 weeks prior to the start of rehearsals. A COVID compliance officer will be present at all rehearsals and performances.

All roles are currently available and are open to actors of all ethnicities and gender identities. Individual audition details are below:

Please prepare a 1-minute video singing a ‘50s- or ‘60s-style pop song of your choice. Music from the show is welcome, but not required.

Initial auditions will be held virtually, with in-person callbacks only as necessary. Performers may be asked to submit additional material for callbacks, including sides, choreography, and additional vocal content. More information will be provided as applicable.

This smash Off-Broadway hit takes you to the 1958 Springfield High School prom, where we meet Betty Jean, Cindy Lou, Missy, and Suzy: four girls with hopes and dreams as big as their crinoline skirts! As we learn about their lives and loves, the girls serenade us with classic ‘50s hits including “Lollipop,” “Dream Lover,” “Stupid Cupid,” and “Lipstick on Your Collar.”  In Act II, the Wonderettes reunite to take the stage and perform at their ten-year reunion. We learn about the highs and lows the girls have experienced in the past decade and are charmed to find that no matter what life throws their way, they will conquer it together. Featuring classic ’50s and ’60s hits, The Marvelous Wonderettes will keep you smiling in this must-take musical trip down memory lane!

CINDY LOU (Stage age: 18 and 28), Mezzo Soprano, E3-F5. The prettiest girl at Springfield High. She assumes she will be named Prom Queen and acts out when things don’t go her way. She makes the biggest change between Act 1 & 2, having learned the lessons of true love and loss. Among the songs she sings lead are: ‘Allegheny Moon,’ ‘Son of a Preacher Man,’ and ‘Maybe’.

MISSY (Stage age: 18 and 28), Soprano, G3-A5. The over-achiever of the group. Very controlled and controlling, and extremely concerned that everything at the prom turns out wonderful and perfect. An elementary school teacher-in-the-making, she is head of the prom decorations committee, and absolutely smitten with her music teacher, Mr. Lee. Among the songs she sings lead are: ‘Secret Love,’ ‘You Don’t Own Me,’ and ‘Wedding Bell Blues’.

BETTY JEAN (Stage age: 18 and 28), Alto, D3-E5. The class clown and tomboy, always vying for attention. Cindy Lou steals Betty Jean’s boyfriend away, which causes a lot of the friction at the prom. She holds a grudge against Cindy Lou until they make up at the 10-year reunion. Among the songs she sings lead are: ‘Lipstick on Your Collar,’ ‘I Only Want To Be With You,’ and ‘That’s When The Tears Start.”

SUZY (Stage age: 18 and 28), Mezzo-Alto, G3-E5. The happy-go-lucky one of the group and often stereotyped as ditzy because she is always smiling and giggling—nothing ever seems to bother her. At the 10-year reunion, Suzy appears frustrated, sad, hormonal, and pregnant. Among the songs she sings lead are: ‘Stupid Cupid,’ ‘Hold Me, Thrill Me,’ and ‘Rescue’.

Each actor will receive a minimum of two complimentary tickets. Travel, housing and stipends are not available at this time.

Please prepare a 1-minute video singing a pop, rock, or musical theater up-tempo in the style of the show. Music from the show is welcome, but not required.

Initial auditions will be held virtually, with in-person callbacks only as necessary. Performers may be asked to submit additional material for callbacks, including sides, choreography, and additional vocal content. More information will be provided as applicable.

Hailed as “brave and breathtaking” by The New York Times, Next to Normal is a contemporary Broadway musical and winner of the Pulitzer Prize for Drama in 2010, becoming only the eighth musical to ever receive the award.  Written by Tom Kitt and Brian Yorkey, Next to Normal brings to the stage a typical American family as they cope with loss and the unpredictability of a mother’s deep struggles with mental health. In addition to the show’s Pulitzer Prize, the original New York City production received 11 Tony Award nominations (winning 4), plus numerous accolades from the Drama League Awards, Drama Desk Awards, Outer Critics Circle Awards and The Lucille Lortel Awards.

DIANA (Stage age: 35+), F#5-G3. Unable to cope with a personal tragedy, Diana has struggled for years with bipolar depression, driving a wedge between her and her and her “perfect loving family.” Still, Diana is full of charm and wit, appearing well kept to those outside of her suburban home. Diana craves understanding and independence, but finds herself lost in a world of pharmaceuticals and fantasy.

GABE (Stage age: late teen), C5-B2. Clearly his mother’s favorite child, Gabe is confident, daring, and mysterious. Gabe is the strongest influence on his mother, Diana, and becomes jealous and fearful of anything or anyone who might pull them apart.

DAN (Stage age: 35+), B4-Ab2. As a father and husband, Dan is conflicted between his own personal happiness and the care of his family. Dan loves and supports his wife Diana, but struggles to find connection as her battle with mental health escalates.

NATALIE (Stage age: teen), G5-G3. An artistically advanced teenager, Natalie feels invisible as the youngest in the family whose needs are long overlooked. She struggles to build relationships in and outside of her home, but is as sharp witted as her mother.

HENRY: (Stage age: teen), B4-G#2. A down-to-earth teenage stoner, Henry quickly falls for Natalie and offers unwavering support. Henry describes himself as lazy and a loner, but he’s exactly what Natalie needs to pull her out of her shell.

Each actor will receive a minimum of two complimentary tickets. Travel and stipends are not available at this time.