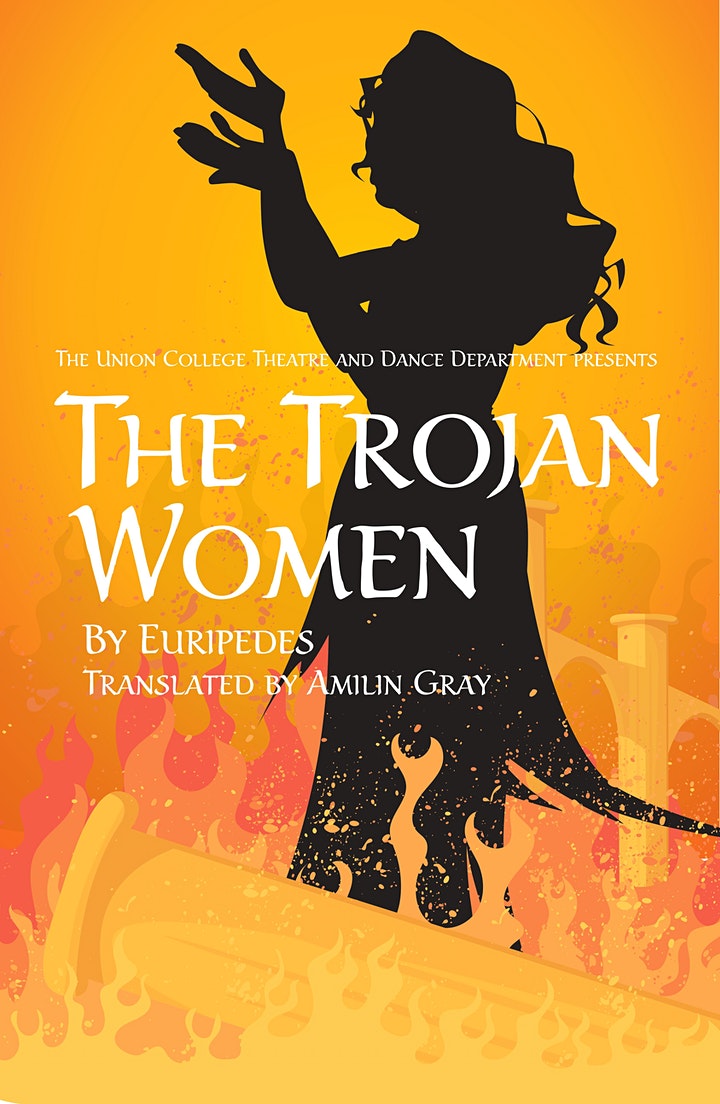 After the decimation of Troy, the women of the city–bereft of husbands, children and families–struggle to make sense of their new reality. Queen Hecuba has final encounters with three key women–her daughter and prophetess of Apollo, Cassandra, her daughter in law and mother of the last hope of Troy, Andromache, and the infamous Helen of Troy, whom the entire war is blamed upon.

This production–the first in-person event in over a year for the Union College Department of Theatre & Dance–will take place in Jackson’s Garden, behind Reamer and next to the bridge in the rhododendron garden. With Greek-inspired masks, outdoor mics, original music devised and performed by the Union College Music Department, and a student cast of eleven actors, this production runs 70 minutes and will be a singular event given our circumstances. Join us.