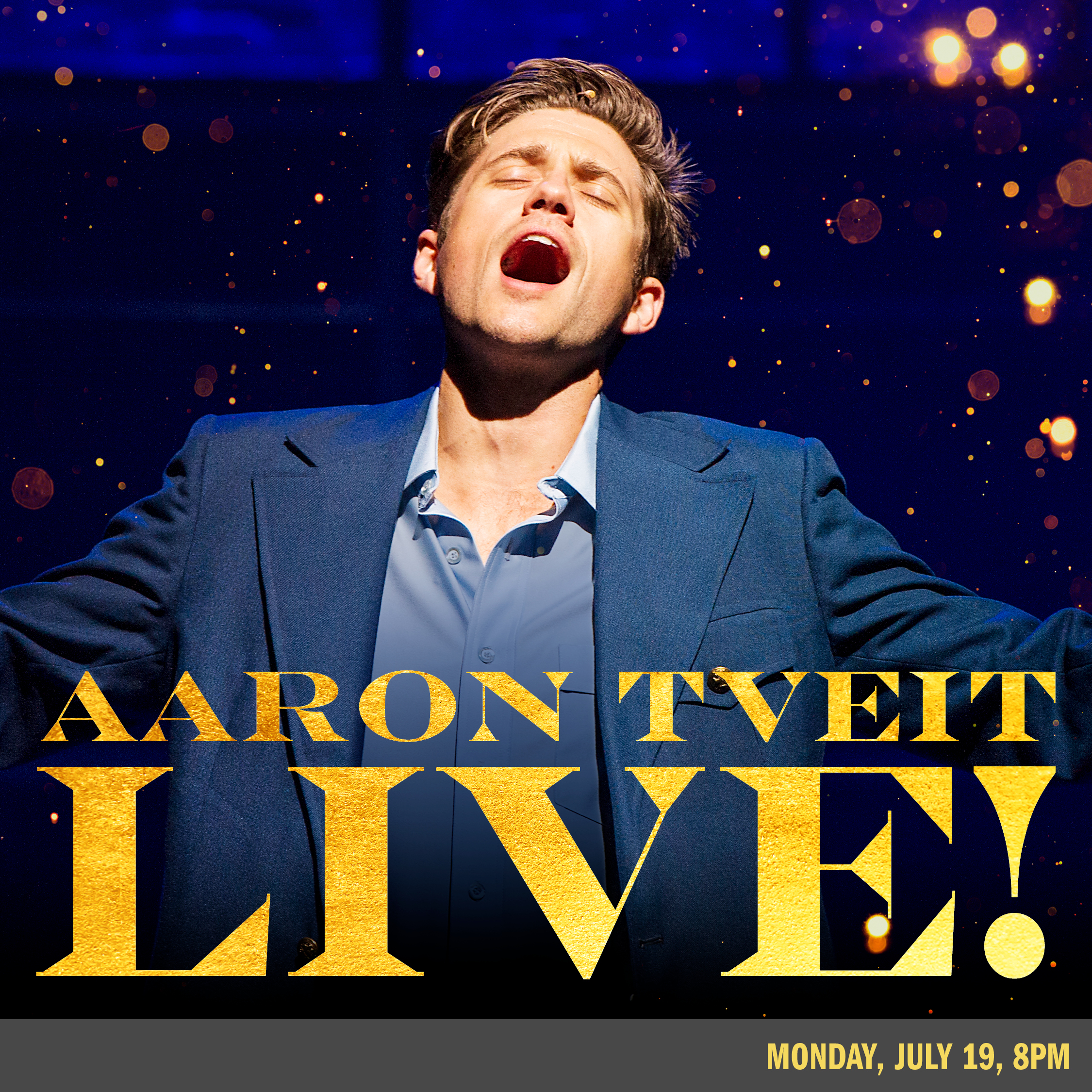 (Pittsfield, MA – June 3, 2021) – Barrington Stage Company (BSC), under the leadership of Founder/Artistic Director Julianne Boyd, is pleased to announce that a second performance has been scheduled for Aaron Tveit Live! In Concert on Monday, July 19 at 8:00pm. The encore performance has been scheduled to accommodate worldwide audience demand after tickets for BSC’s Gala performance of Aaron Tveit Live! on Sunday, July 18 quickly sold out.

Tveit, a 2020 Tony Award nominee for Moulin Rouge! The Musical, returns to BSC, where he dazzled audiences in the theatre’s acclaimed 2017 production of Company, winning Broadway World’s Vocalist of the Decade Regional Award for the role.

“We were so delighted to sell out our Gala so quickly. We know our audiences love Aaron, but we received ticket requests from all over the world,” Ms. Boyd commented. “I am so happy we were able to schedule an additional performance to meet the demand, and that his performance will help us raise funds and awareness for our award-winning educational program, the Playwright Mentoring Project.”

For audiences who cannot attend in person, BSC will be making summer’s hottest ticket available to stream on demand, date to be announced.

Tveit is a Tony Award-nominated American theatre, television and film actor. He earned a 2020 Tony Award nomination leading the cast of the world premiere Broadway production of Moulin Rouge! The Musical. Tveit also received an Outer Critics Circle honor for his performance.

Television audiences know him from the USA network series “Graceland,” the CBS comic-thriller, “Braindead,” and the Emmy Award-winning television musical, “Grease: Live,” where he played Danny Zuko. Most recently, Tveit was seen in Hallmark’s “One Royal Holiday,” opposite Laura Osnes. He has also held numerous guest-starring roles on “The Good Fight,” “Gossip Girl,” ‘The Good Wife,” “Ugly Betty” and “Law & Order: SVU.”

On Broadway, he starred in Catch Me If You Can, and created the role of Gabe in the Pulitzer Prize-winning Broadway musical, Next to Normal, which he developed Off- Broadway at the Second Stage Theatre. In addition to Wicked and Hairspray on Broadway, he starred in the national tours of Hairspray and Rent. He is featured on the cast recordings for Catch Me If You Can and Next to Normal, as well as his solo album, The Radio in My Head: Live at 54 Below.

Tveit has received numerous honors for his work in theatre including the Helen Hayes Award for Outstanding Supporting Performance in Next to Normal and the Actors Equity Association Clarence Derwent Award for Most Promising Actor. Nominations included Distinguished Performance from the Drama League, Best Male Dancer from the Fred and Adele Astaire Awards, and Outstanding Featured Actor from the Outer Critics Circle Awards, all for his work in Catch Me If You Can.

Following the industry-wide shutdown due to the coronavirus pandemic, BSC was the first Equity theatre in the US to return to live performance with its critically acclaimed production of Harry Clarke, starring BSC Associate Artist Mark H. Dold and directed by Ms. Boyd. The season also included the acclaimed concerts, The Hills Are Alive with Rodgers & Hammerstein and Leslie Kritzer: Is It Over Yet?, the virtual benefit reading of Rob Ulin’s new play Judgment Day, a virtual staged reading of the new play Eleanor by BSC Associate Artist Mark St. Germain, a reading of Three Viewings by Jeffrey Hatcher, a reading of St. Germain’s Typhoid Mary, and BSC’s Holiday Getaway. This year, the company’s streaming productions also have included the critically acclaimed 10th anniversary 10×10 New Play Festival, and readings of the commissioned work Mother’s Day (April 9-11) by Bekah Brunstetter and the Barrington Stage Company’s Youth Theatre’s production of The Laramie Project (April 23-25).