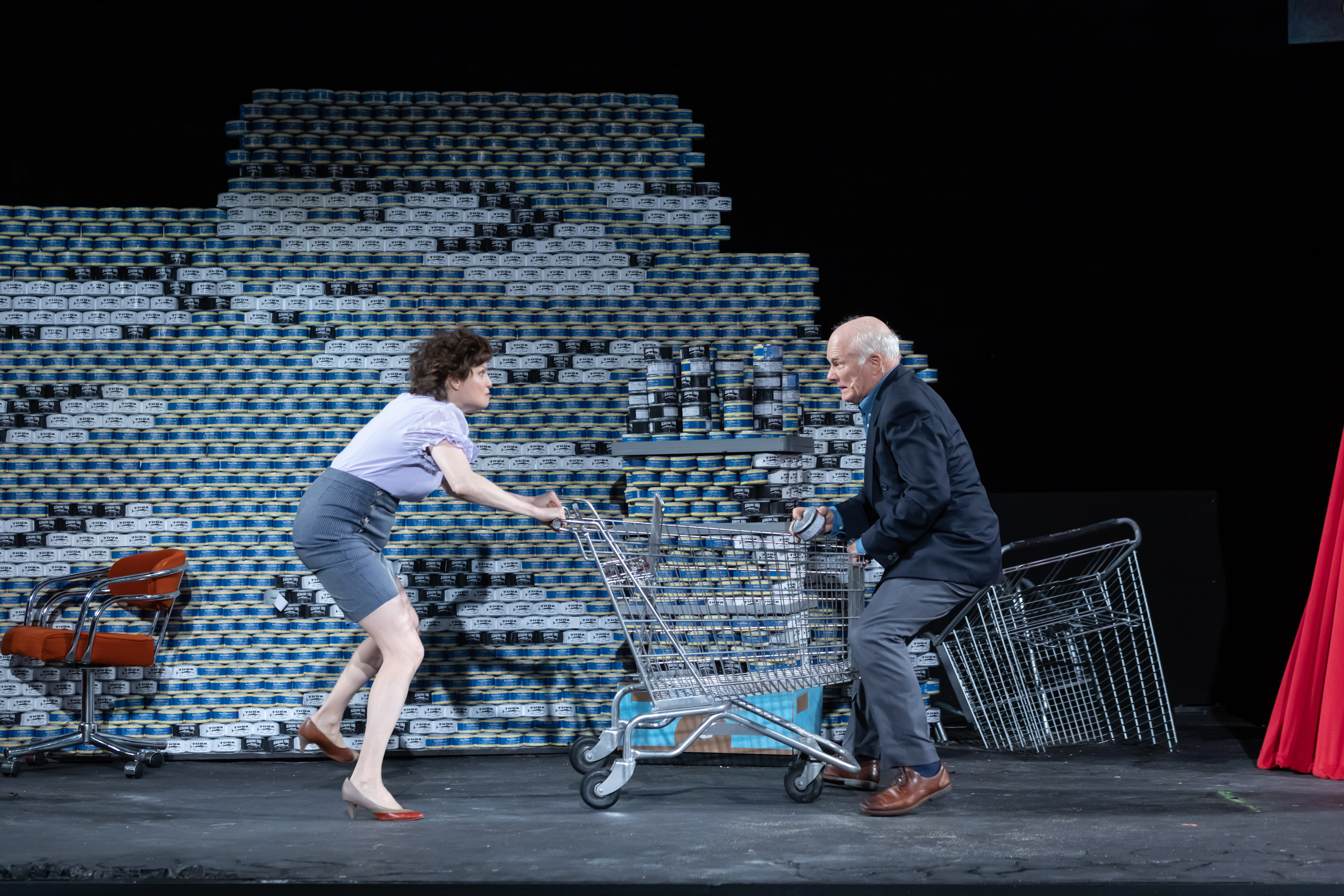 Dorset Theatre Festival begins its 2021 season with Christopher Durang’s “Laughing Wild,” directed by Jade King Carroll and performed on a specially built outdoor stage in the meadow at Southern Vermont Arts Center in Manchester, Vermont. DTF chose the play in large part for the derivation of its title (from the line “laughing wild amidst severest woe” from Samuel Beckett’s “Happy Days”), which seemed a fitting message for the moment.

I am generally a fan of Durang’s work, though some of his earlier plays seem to me to keep going long after they have ended, this particular work included. It is also dated in a way that may not always easily translate to modern audiences (those not old enough to remember certain 1980s references will have difficulties). On the other hand, the absurdism in it does indeed speak to the oddness of the last year and a half.

The first two sections of “Laughing Wild” are monologues performed by each character about certain individual and shared experiences, while the third section delves into the shared experience as a dream sequence/time loop while also showing the characters’ various fantasies. While I considered the choice of play somewhat odd, DTF presented an extremely strong and enjoyable performance. The actors, not the material, are the reason to see this show. Mary Bacon’s and Dan Butler’s emotional, expressive monologues as well as their characters’ strange and supercharged reactions to each other are so good that I barely cared when the play stopped making sense.

The transformation of SVAC’s meadow into an open-air theater with stage, lighting towers, soundboard and seating for 150 audience members is nothing short of astounding – the setup is beautiful and surprisingly comfortable. On the night I attended, the program was accessible exclusively online after scanning the QRL code attached to one’s seat with a smartphone (convenient if you had a smartphone but very frustrating if you didn’t). Bring bug spray and a jacket and/or blanket, and prepare for an experience you’ll remember for a long time.