The Majestic Theater Reopens, Completes Run of “The Pitch” 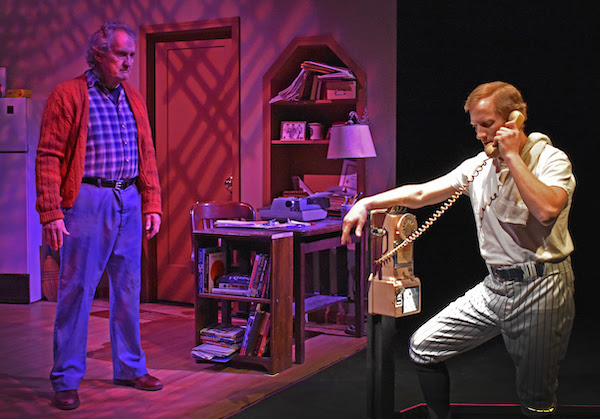 The Majestic Theater Reopens, Completes Run of “The Pitch”

NOTES:  The Majestic Theater temporarily closed in March 2020 in response to the COVID-19 pandemic.  At the time it was in the middle of a six-week run of the play “The Pitch.”  After 17 months, the theater will re-open on Saturday, August 7 and present the remaining three-week run of the play for ticket holders who were unable to see it.  The run concludes on August 29.

“The Pitch” tells the story of retired sportswriter Roger Pennell who reluctantly agrees to collaborate with a young reporter, Mike Resnick, on the biography of a boyhood friend of Roger’s.  That friend, Vernon Peters, was a pitcher who had been languishing on a farm team for the Yankees, but finally got the call that brought him to the mound at Yankee Stadium.  Peters threw only one pitch that day, and his career in the Major Leagues abruptly ended.  In digging into the story, the young writer discovers a secret at the heart of it all, a secret the older writer fiercely intends to protect.

The play was written by Pioneer Valley-based writer Stan Freeman, who was a former reporter for The Republican/Masslive.com