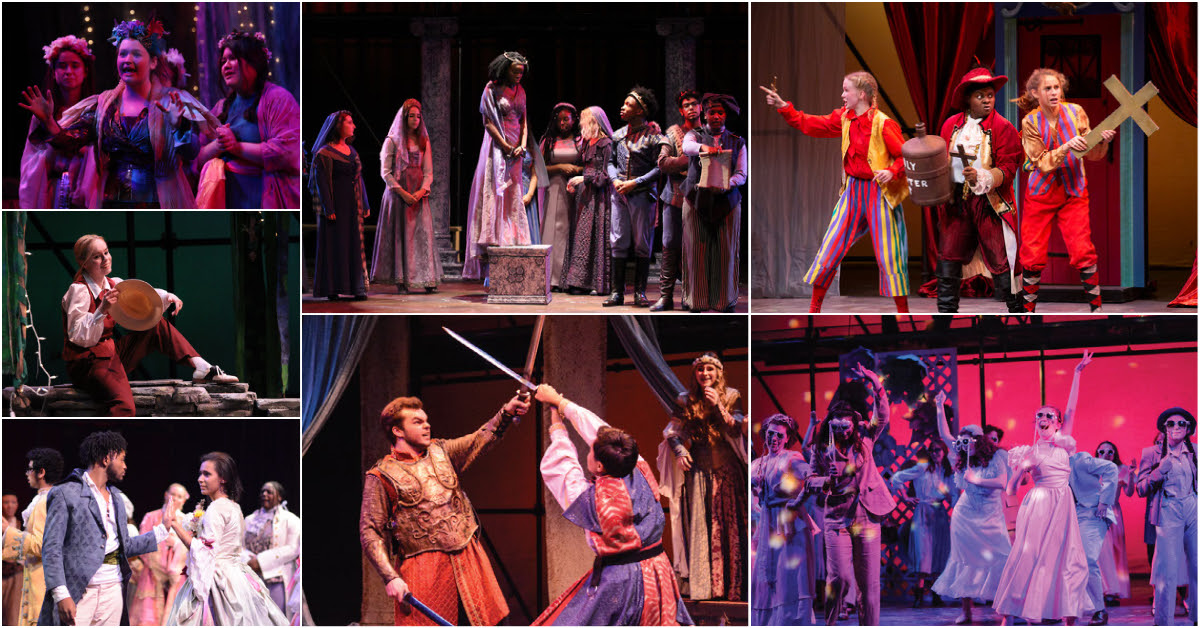 (Lenox, MA) — Shakespeare & Company is proud to announce the Berkshire International Film Festival’s (BIFF) world premiere of Speak What We Feel,a feature length documentary film by Patrick J. Toole, based on the Company’s nationally-acclaimed The Fall Festival of Shakespeare, and narrated by Director of Education, Kevin G. Coleman.

Director Patrick J. Toole skillfully weaves together interviews, rehearsals, common classes, check-ins, and all the emotional, volatile, ecstatic, and joy-filled moments that day-to-day accompany this incredibly unique program. Filming began on the project in 2018 and completed in the fall of 2020. For more insights on the documentary, click here.

“I could not think of a more compelling and inspiring subject to make a documentary about than The Fall Festival of Shakespeare,” Toole stated. “Anthropologists should be studying this program and the unique community that has emerged from it!”

Toole is a Great Barrington based filmmaker, actor, and theater producer has been making independent films for over a decade, but this is his first feature documentary. His work with Shakespeare & Company began when he trained with the Company as an actor in 2017 and he wanted to capture some of the spirit of that potent experience through film. When Coleman tapped him to begin work on a Fall Festival film, he could not refuse.

“You should really be there,” Coleman said. “If you can’t be in the rehearsal, on the stage, or in the audience, this film will take you there.”

Kevin G. Coleman is a founding member of Shakespeare & Company in Lenox, Massachusetts where he teaches, acts and directs. He is head of its Education Program, and the creator of the Fall Festival of Shakespeare and numerous other projects. He has twice received awards from the White House for innovative programming, and was twice nominated for the Tony Award in Education. Additionally, he serves as the theatre director at the Austen Riggs Center, the renowned psychiatric facility in Stockbridge, MA. This is Kevin’s first documentary.

This local tradition is being replicated in other communities across the nation and the world; Long Island, Portland OR, San Diego, Toronto, Israel, the UK, Australia, and Bosnia. Now, Coleman gets to narrate this story he helped to create when he conceived the Festival over 30 years ago. In the film a new generation of students will encounter some of the greatest stories of all time–and find out their own in the process.

BIFF is so pleased to be able to include Speak What We Feel in this years festival. An important documentary directed by Patrick Toole about Shakespeare & Company’s lauded Fall Festival of Shakespeare—the bedrock of their Education programs and our Berkshire community for over 35 years. We literally get hundreds of submissions for our Documentary slots each year and we are so proud to showcase this incredible story that was created literally in our back yard—so fitting for our landmark 15th anniversary of the BIFF but also so deserving. We hope this BIFF premiere will cast a wider net for Speak What We Feel to receive the recognition it deserves. Congratulations to Kevin Coleman of Shakespeare & Company for creating the Fall Festival so many years ago and to Patrick for bringing  it to the screen. Edgar had it right in King Lear…” Speak what we feel and not what we ought to say.” Indeed!

Speak What We Feel will premiere at BIFF both in person at the Mahaiwe Performing Arts Center in Great Barrington, MA, September 12 at 10:00am, and online through BIFF ONLINE’s virtual festival any time during the dates of the festival, which runs September 9 through September 13. Tickets for both the in-person and virtual screenings are available at biffma.org. A five-minute trailer of the documentary can be viewed here.

Shakespeare and Company will also be doing a special on-campus premiere of Speak What We Feel on November 6 at the Tina Packer Playhouse. A talk back will follow after the screening of the documentary. Go to shakespeare.org for details closer to that date.

About Shakespeare & Company
Lead by Artistic Director Allyn Burrows and located in the beautiful Berkshires of Western Massachusetts, Shakespeare & Company is one of the leading Shakespeare festivals of the world. Created in 1978 by Founding Artistic Director Tina Packer, the organization welcomes more than 40,000 patrons annually. The Company is also home to an internationally renowned Center for Actor Training and award-winning Education Program. Learn more at shakespeare.org.