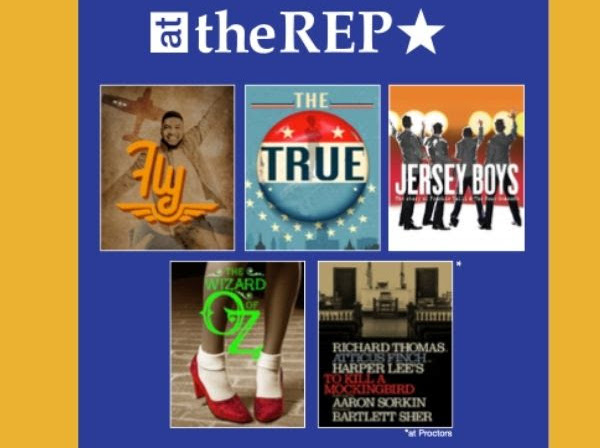 ALBANY – Capital Repertory Theatre has announced that single tickets for its long-awaited upcoming season are on sale now. The inaugural season at 251 N. Pearl St. consists of four titles that were postponed due to the pandemic: the plays The True and Fly and the musicals Jersey Boys and Wizard of Oz.

“We are excited to finally present our first season in our forever home,” said Maggie Mancinelli-Cahill, theREP’s producing artistic director. “And I am pleased to say the season we had announced for 2020-21 is largely intact for this restart, with the addition of To Kill a Mockingbird which has received rave reviews on Broadway and on the road.” Single tickets for To Kill a Mockingbird are on sale on Nov 12.

theREP announced its purchase of a former commercial bakery in 2017 and its intention to relocate from a rented facility at 111 N. Pearl St. A $14 million renovation project ensued, with a goal of opening during the summer of 2020. Construction delays due to the pandemic resulted in contractors finishing work in early 2021. The project includes a 309-seat MainStage, a 70-seat black box theatre, an open lobby with concessions, and expanded support space including dressing rooms, prop and costume shops, administrative offices, and a VIP lounge.