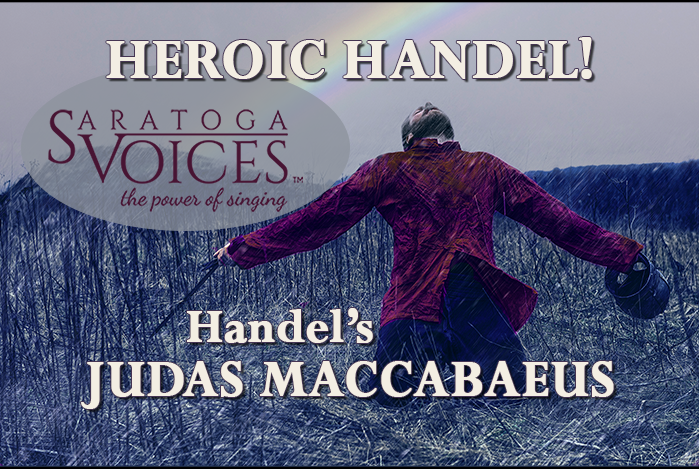 On Nov. 19, 7:30 p.m., at Universal Preservation Hall, Saratoga Voices is
performing a semi-staged version of Handel’s oratorio, Judas Maccabaeus.
This oratorio, composed in 1746, has become Handel’s most popular oratorio,
second only to The Messiah.

Tickets for Heroic Handel! Handel’s Judas Maccabaeus ($40/$35 seniors 62+)
can be purchased at the UPH box office – UniversalPreservationHall.org – or
by calling the box office at 518-346-6204.  Seating is open, and the hall is
fully accessible.