PS21 Copresents “The Art of Theater” and “With My Own Hands,” With the Public Theater’s Under The Radar Festival. 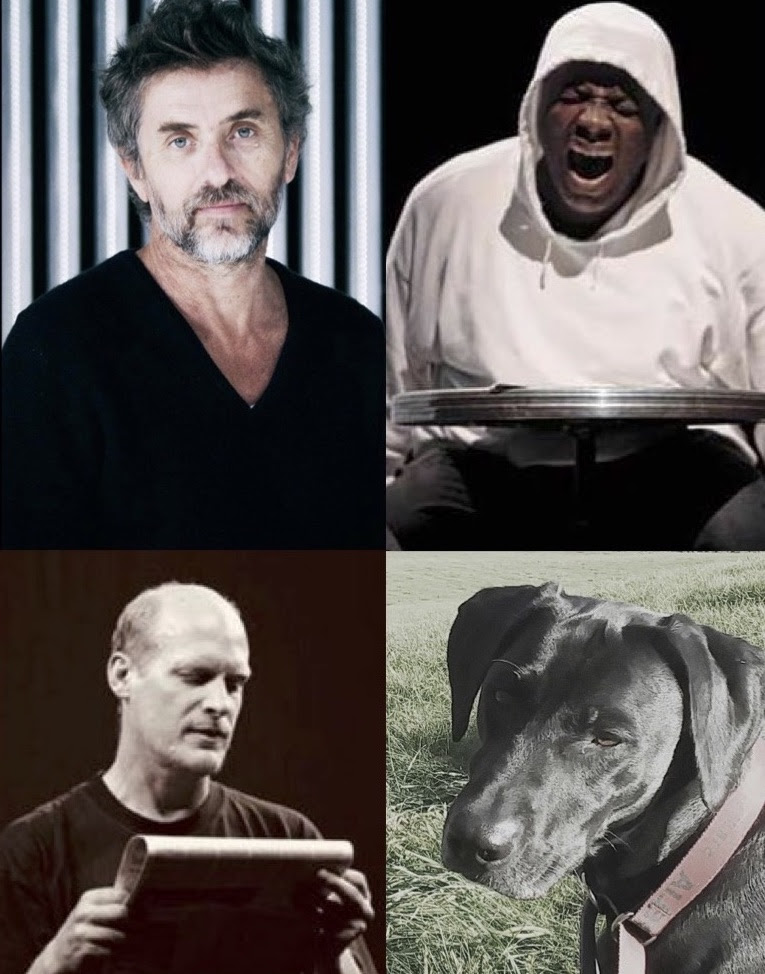 PS21 Copresents “The Art of Theater” and “With My Own Hands,” With the Public Theater’s Under The Radar Festival.

Following their residency at PS21 in December 2021, celebrated French playwright and director Pascal Rambert, actors Jim Fletcher and Ismail ibn Conner, and translator Nicholas Elliott return to PS21’s Black Box Theater for four public performances of The Art of Theater and With My Own Hands. This engagement, copresented with PS21, is a featured project of The Public Theater’s new Under the Radar Festival: On the Road initiative.

The Art of Theater

The Art of Theater, composed in 2007, is a manifesto about the nature of dramatic acting, spoken by a single actor who addresses, not the audience, but his dog, who patiently attends to his master’s voice. The audience, in effect, eavesdrops on the monologue. Fletcher, who co-starred with Kate Moran in Rambert’s two-character Love’s End (Clôture de l’Amour), previously appeared at PS21 in 2019, in the title role of Compagnie l’heliotrope’s Pollock.

With My Own Hands

Since it was first performed in 1993, Rambert has adapted this protean meditation on the human condition, a soliloquy spoken by a wounded psyche on the brink of suicide, for a series of settings and performers, including the American actor Kate Moran in 2007. At the time, he said, “I wrote this text to be played by both men and women, young and old.” At PS21, Conner, who has performed widely in Centre Dramatique National Orléans’ production of Jean Genet’s Splendid’s and many other theatrical works, will embody the role of protagonist of this searing, enigmatic monologue. The work is a puzzle of dark ideas on the nature of the human condition, performed with a somber humor.

About the Under The Radar Festival

Held each January, the Under The Radar Festival is widely recognized as a premier launching pad for new and cutting-edge performance from the U.S. and abroad. Under the Radar has presented works by such respected artists as Elevator Repair Service, Nature Theater of Oklahoma, Gob Squad, Belarus Free Theatre, Guillermo Calderón, and Young Jean Lee. These artists provide a snapshot of contemporary theater: richly distinct in terms of perspectives, aesthetics, and social practice, and pointing to the future of the art form. Housed at the Public Theater in NYC since its founding in 2004, this year’s 17th edition takes to the road, partnering with PS21 to bring this cutting edge programming to our state-of-the-art theater in Chatham, NY.

About PS21 and Our New Theater

Since 2006, Performance Spaces for the 21st Century has presented innovative programming by leading and emerging artists in music, dance, theater, contemporary performance, and the visual and multimedia arts to audiences in Chatham, NY. In 2018, we opened our year-round, green-energy theater on our unspoiled 100-acre campus, an old apple orchard surrounded by meadows and woodlands in the heart of the Hudson Valley. While fostering creativity through residencies and encouraging collaborations between performers working across disciplines and genres, PS21 also serves the community via free and low-cost workshops, performances, and other programming.

The author of more than 20 plays, including the international success, Clôture de l’amour (Love’s End), which has been translated into 23 languages, Rambert (pictured above) founded his own production company, structure production, which now produces all of his dramatic and choreographic work. He is an associate artist of Théâtre des Bouffes du Nord in Paris, El Pavón Teatro Kamikaze in Madrid, and Théâtre National de Strasbourg. In 2019, he was a lead guest artist at the 73rd Festival d’Avignon, where he premiered Architecture. From 2007 to 2016, Rambert served as artistic director of T2G-Théâtre de Gennevilliers, which he transformed into a national dramatic center for contemporary creation. In 2016, he was awarded the Theater Prize by the Académie Française for his entire body of work. His plays have been performed throughout Europe, North America, Asia, Russia, South America and the Middle East.

For over two decades, Jim Fletcher has performed extensively with a number of the premier experimental theater groups in New York City, where he is most prominently associated with Richard Maxwell’s NYC Players and Elizabeth LeCompte’s Wooster Group. He has also collaborated with the art collective Bernadette Corporation, and is one of the contributors to the group’s novel Reena Spaulings (2005). Among his many theatrical roles, Fletcher has starred in Rambert’s Love’s End with Kate Moran, as Jim in Elevator Repair Service’s Gatz (his real-life father, Ross Fletcher, a physician, played Henry Gatz, the fictional Jim’s father), Maxwell’s Isolde, and Compagnie l’heliotrope’s Pollock (presented at PS21 in 2019, and in July at the 75th Festival d’Avignon). He performs extensively with The Wooster Group, most recently in their productions of A Pink Chair (In Place of a Fake Antique) and The Mother, by Bertolt Brecht, which in October had its New York premiere at The Performing Garage. In 2012 he received an Obie Award for Sustained Excellence.

hroughout a career devoted to performing and producing works by France’s contemporary dramatists and other leading playwrights, Conner has toured with Theatre National Bretagne’s production of Jean Genet’s Splendid’s, under the direction of long-time collaborator Arthur Nauzyciel, and performed in works at Atlanta’s 7 Stages, including Black Battles with Dogs by Bernard-Marie Koltès, a role he reprised at the Festival d’Avignon, the Hellenic Festival (Greece), the Playing French Festival (Chicago), and deSingel in Antwerp, Belgium, among others; and in Master Harold and the Boys by Athol Fugard; Skinwalkers by Murray Mednick; and Iphigenia a rave fable by Caridad. He is the director of Cultured Man Enterprises and founder of the United States Koltès Project, which collaborates produces English translations and performances in the U.S. and France of Dans la solitude des champs de coton, Le Jour des meurtres dans l’histoire d’Hamlet, and La Nuit juste avant les forêts (Biennale Koltès 2012). He is also active in The Human Project, a multimedia exploration of notions of race, and is a member of Konwork (USA) and Tiger Coldboyz (France), professional Krump dance crews.

Nicholas Elliott is a New York-based translator and writer. In addition to English versions of a number of Pascal Rambert’s plays, his many translations include The Hatred of Literature and The Tomb of Oedipus, by William Marx, Michel Winock’s Flaubert, a biography of the novelist, and Duras/Godard, a collection of conversations, The Young Girl, The Devil, and the Mill, by Olivier Py, and, with Elizabeth Williamson, two plays by Michel Azama, The Life and Death of Pier Paolo Pasolini and Airlock. Elliott also works as a producer, assistant director, tour manager, surtitler and creative consultant for companies and artists in France and the United States, including Richard Maxwell and New York City Players, The Wooster Group, Daniel Fish, Jeanne Balibar, Théâtre du Phare, and Théâtre de la Ville de Paris.