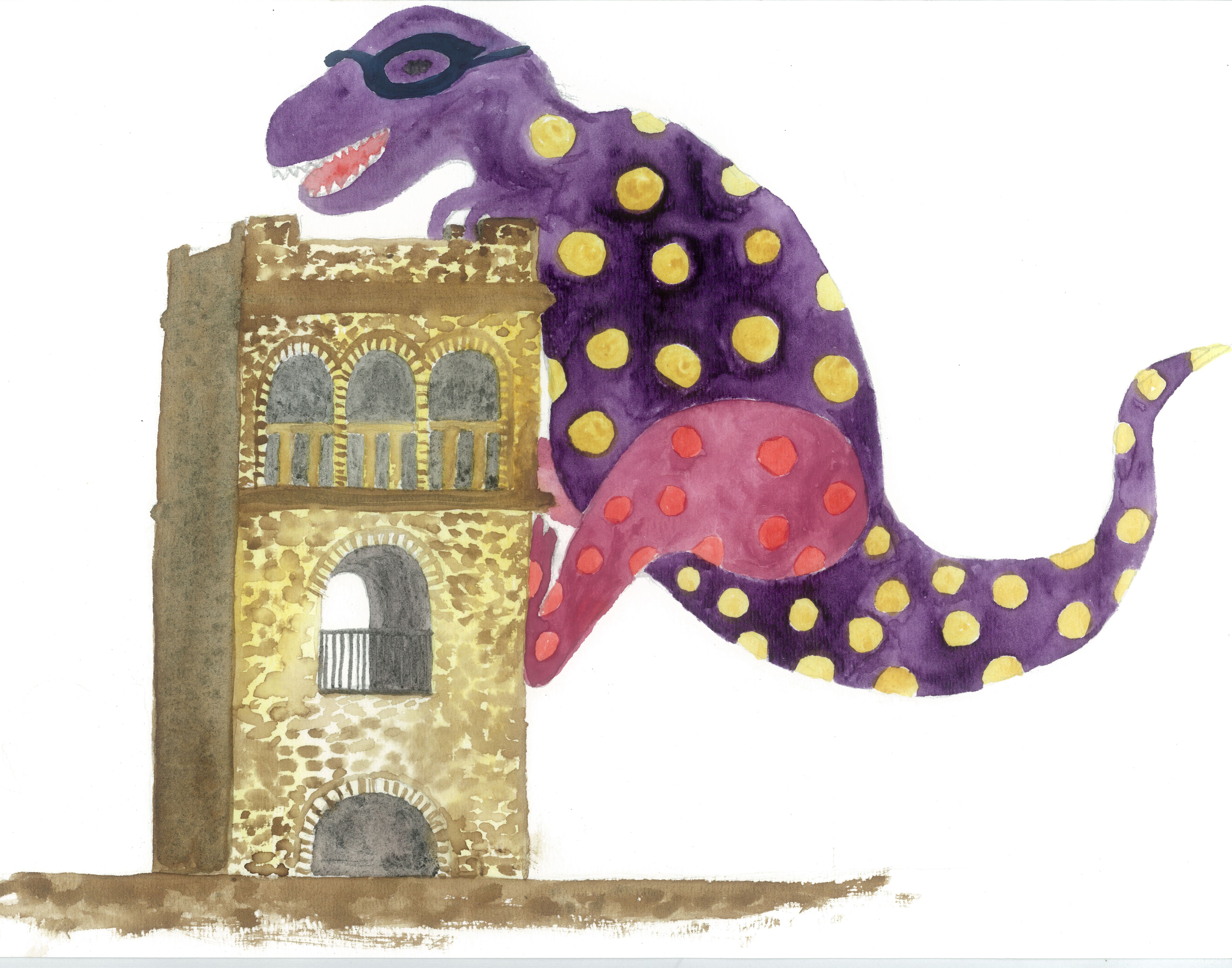 Dinosaurs for the holidays! Piti Theatre Company & Pocumtuck Valley Memorial Association are bringing DinoFest back to town – and to much of the rest of the world online –  on Saturday and Sunday, December 11 & 12. Blending science, arts, and community-building, DinoFest 2021 will feature Piti Theatre’s film adaptation of “Dexter and the Dinosaurs”, a field trip to Greenfield’s Dino Pocket Park with Jurassic Roadshow, Dino Improv and a Zoom Presentation by a nine year old budding paleontologist. Free tickets and info: ptco.org/dino

10:15 am – 10:45 am: Film Premiere: “Dexter and the Dinosaurs” an original dramedy for all ages with most roles played by Piti Theatre’s Youth Troupe and music by Northampton singer/songwriter Carrie Ferguson. The movie tells the story of Greenfield’s Dexter Marsh’s discovery of tracks in front of Town Hall in 1835. Doors open at 10:00 for informal fossil viewing with Jurassic Roadshow.

11:00 – 11:30:Join us for a walk around the corner with Jurassic Roadshow’s Sarah Doyle, Piti Theatre, Kay Lyons and the gang. We will explore Greenfield’s newest (and smallest) park, play Sarah’s dino discovery game and check out real fossils. On the way we will pass the exact spot where Dexter discovered dinosaur tracks!

@ The Lava Center and Zoom

Efraim Dean Weinbarber is a budding nine year old paleontologist and dinosaur enthusiast. This will be Efraim’s second ever Zoom class for adults and kids.  Please attend with sculpey, clay, or paper and something to draw with close by for a short art project at the end of the presentation. Materials will be available at the Lava Center.

Other resources available online for home viewers include Piti Youth Troupe’s performance “The Mayor of Greenpants” and videos from Pocumtuck Valley Memorial Association, The Beneski Museum of Natural History, the Second Congregational Church, and more!

In 2017, the Great Greenfield DinoFest was born. The Festival is particularly indebted to the extraordinary lives of Greenfield’s Dexter Marsh, a day laborer who noticed what looked like bird footprints in the flagstone from Montague he was using to lay sidewalk near Town Hall in 1835 – seven years before the word dinosaur was invented – and James Deane, the first person to treat the strange impressions as objects of scientific interest. Marsh’s keen eye and Deane’s analysis piqued the interest of Amherst College’s Professor Edward Hitchcock, who became the first scientist to study dinosaur tracks and interpret their meaning. Hitchcock died believing the tracks had been made by giant prehistoric birds, but nevertheless, Marsh, Deane, and Hitchcock played important roles in the birth of the new branch of paleontology called ichnology.

DinoFest 2021 is supported in part by grants from the Greenfield and Leyden Cultural Councils, local agencies which are supported by the Massachusetts Cultural Council, a state agency as well as a variety of local business sponsors, The Community Foundation of Western Massachusetts, and New England Foundation for the Arts Resilience Fund. Special thanks to the Franklin County Chamber of Commerce and the Greenfield Business Association.