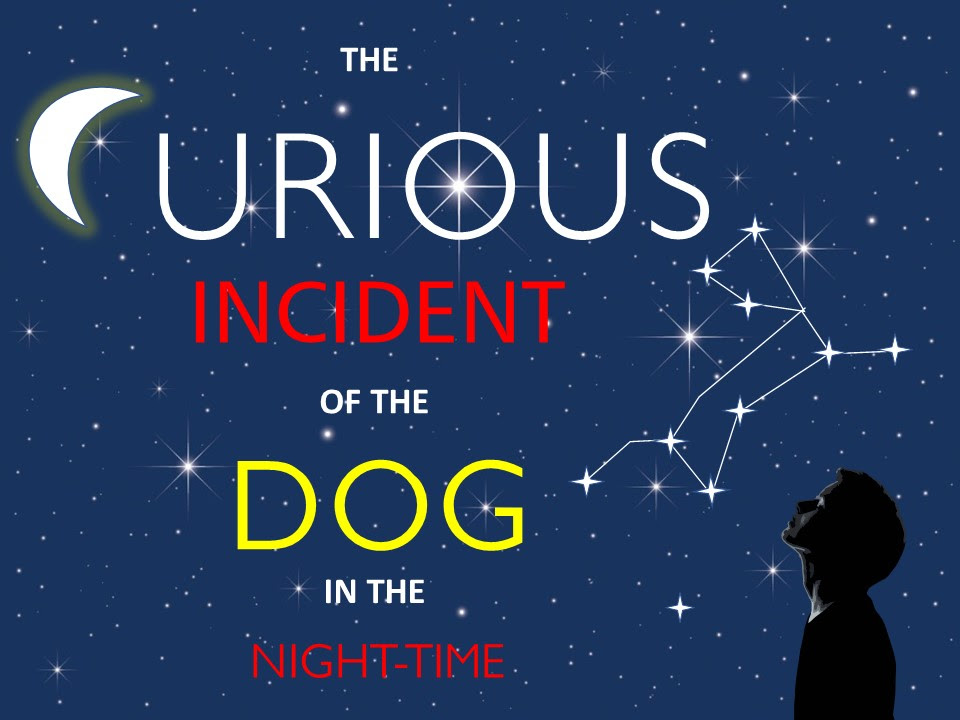 Exit Seven Players will present a fully staged production of The Curious Incident of the Dog in the Night-
Time in Western Massachusetts March 11-20, 2022. Originally produced in London and on Broadway, the stage version of the best-selling novel by Mark Haddon won the 2015 Tony Award for Best Play.

“This adaptation by the acclaimed playwright Simon Stephens is intensely, innately theatrical; it is also funny and extremely moving…resonates with quality.” —Telegraph (London).

Curious Incident follows a critical period in the life of fifteen-year-old Christopher, a young man with an
extraordinary brain. He is exceptional at math but ill-equipped to interpret everyday life. He has never
ventured alone beyond the end of his road, detests being touched, and distrusts strangers. Now it is
seven minutes after midnight, and Christopher stands beside his neighbor’s dead dog, Wellington, who
has been speared with a “garden fork” (British for pitchfork, as the story is set in England.) Finding
himself under suspicion, Christopher is determined to solve the mystery of who murdered Wellington, and he carefully records each fact of the crime. But his detective work, forbidden by his father, takes him on a thrilling journey that upturns his life.

This production features the Director and Technical team that staged 2021’s highly acclaimed The Who’s
Tommy. Using creative lighting and sound, clever staging and a versatile ensemble, Curious Incident
invites the audience on a journey to understand the point of view of its unusual narrator and his
completely unique way of interacting with the world. At times both comedic and heart-wrenching, Curious Incident is a timely examination of our assumptions about “normality” and neurodiversity.

The show will be presented on Fridays and Saturdays March 11th-12th & 18th-19th at 8PM; as well as at
matinees on Saturday March 12 and Sunday March 20th at 2PM. Tickets are on sale at exit7players.org.
Special pricing is available for school and other groups, seniors and students.

Exit Seven COVID guidelines include requiring vaccination for production members and masking for
patrons and staff in the theater. Socially distanced seating is available.

Exit Seven Players is a community theater group founded in 1984 and located on Chestnut Street in Ludlow, Massachusetts in the historic auditorium of the former Ludlow High School. Exit Seven Players focusses on bringing exceptional theatrical experiences to Western Massachusetts. Each year they typically present two fully-staged and orchestrated musicals, one or two non-musical plays
and host a summer youth production and youth workshops. Exit Seven features outstanding local and regional talent, many productions are sold out and it is widely recognized as one of the leading theater organizations in the region.