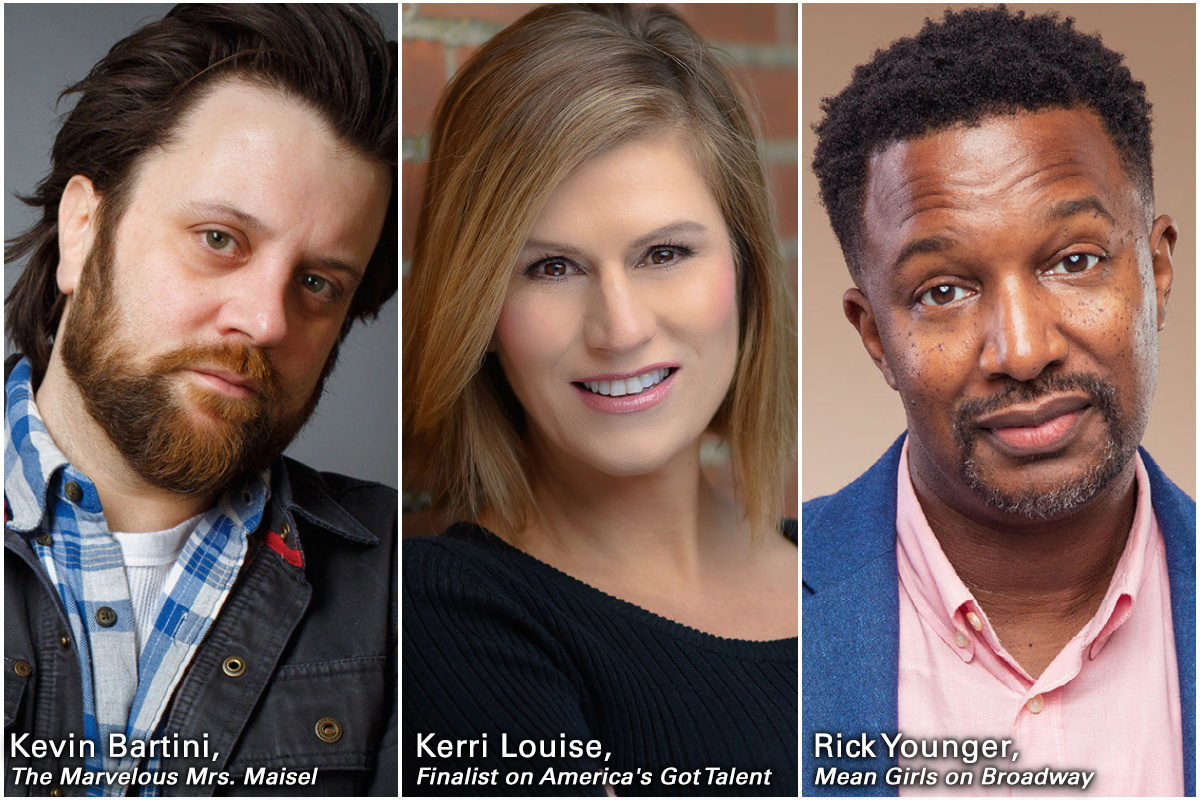 Bartini, a native of Lee, Mass., explained that the event will serve as a fundraiser for Riotous Youth, Shakespeare & Company’s summer theater program for children and teenagers – one of several programs administered by the Company’s Education Department.

“I’ve been very fortunate in my life,” he said. “I have met amazing people and have had amazing experiences – and I credit it a good deal of my success to Shakespeare & Company’s Education Program and the life-long training I received.”

Bartini, who co-founded BMCAF with Business Director and fellow Lee native David Rice, further explained that a key aspect of all BMCAF events moving forward will be giving back to Berkshire-based organizations.

“The idea is to partner with theaters and businesses in the Berkshires to produce all types of events – from shows to live podcast recordings to roast battles – with the help of our funniest friends, to not only to raise funds for local causes, but to do it in a way that brings tourists and new business to town,” he said.

A comedian, actor, and writer, Bartini has been seen most recently as recurring character Billy Jones in The Marvelous Mrs. Maisel, and has appeared NBC’s Today Show, ABC’s What Would You Do, Discovery Channel’s Cash Cab, and NBC’s Saturday Night Live, among many other credits.

Rick Younger has appeared on television in the Amazon Series Crisis in Six Scenes; HBO’s Girls; Blue Bloods; Law & Order: SVU; The Last O.G., and The Other Two on HBOMAX, as well as numerous national television commercials. His film credits include Ordinary World and Morning Glory; Younger also originated the role of Mr. Duvall in Mean Girls the Musical on Broadway.

Comic Kerri Louise recently appeared on the Showtime Comedy Special Funny Women of a Certain Age, and has appeared on Oprah, Dr. Oz, The Howard Stern Show, and was a finalist on NBC’s Last Comic Standing, among many other credits. She’s also the author of the books Mean Mommy and Harry the Elephant Has an Allergy.

Kevin Bartini & Friends will be held at the Tina Packer Playhouse on the Shakespeare & Company campus in Lenox, Mass., as part of the March Mash-up, which also includes performances of three contemporary readings. Tickets to Kevin Bartini & Friends are $37, and Weekend Passes are also available for all four performances for $92 – a 25% savings. Students may purchase passes to all four events for $57.

About Shakespeare & Company
Shakespeare & Company was founded in 1978 by Tina Packer. Located in the Berkshires of Massachusetts, the Company offers performance, education, and actor-training opportunities year-round, and attracts more than 40,000 patrons annually with a core of more than 150 artists.