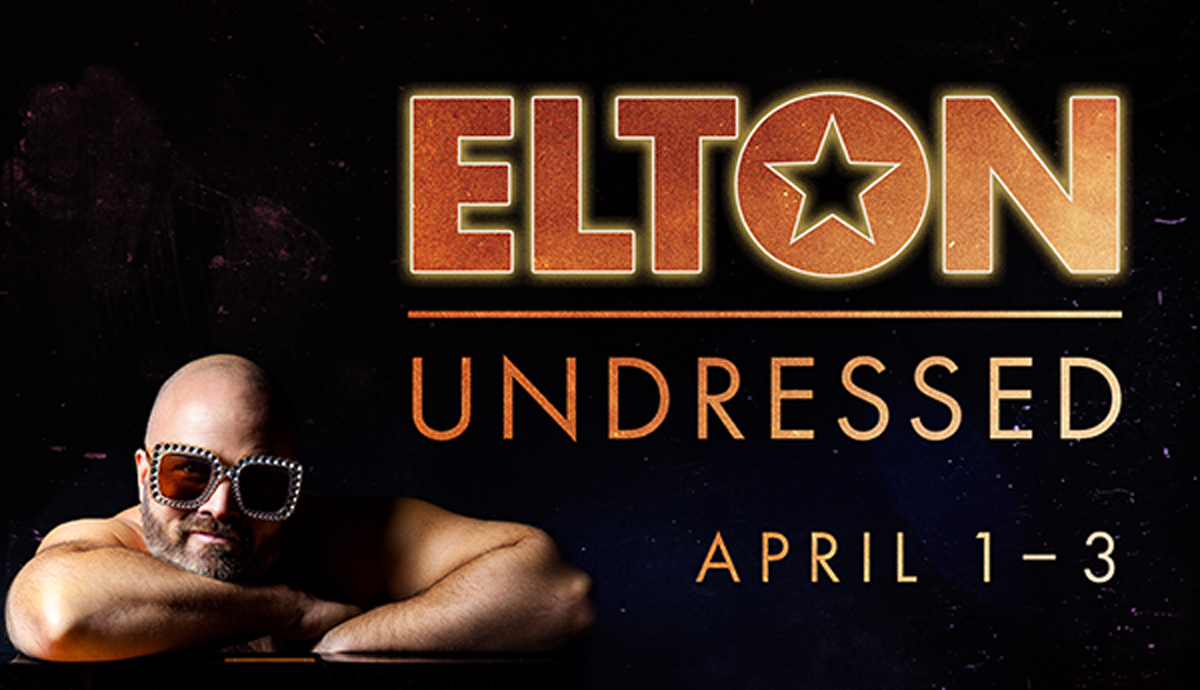 TheaterWorks Hartford is proud to present ELTON UNDRESSED APRIL 1-3, 2022. Flamboyant. Outrageous. Decadent. Elton John and his music are many things. But what’s behind the costumes, the larger than life persona, and the lush recordings? Talented singer/pianist Todd Alsup will take you on an acoustic journey through the soulful songbook of the Rocket Man. Join us for a stripped down experience that gets closer to the heart and soul of Elton’s timeless music. Bring your glasses!

A portion of your ticket price supports
THE CONNECTICUT WORLD AIDS DAY COMMITTEE, a volunteer organization working to provide support to persons living with HIV and their families. #makeHIVhistory

TODD ALSUP, singer, songwriter and keyboardist, is a Detroit native and a proud New Yorker. His vibrant original songs and fresh arrangements of classic R&B and pop tunes have endeared him to audiences all over the world.His debut EP, “Facts & Figures” was hailed by critics and earned him a Yamaha endorsement. Songs from his followup LP, “Todd Alsup” were featured on MTV and PBS. His single “The Only Thing” won the OutMusic Award for Pop Song of the Year. His third studio album “Currency” was recorded in Switzerland with Swiss producer Orlando Ribar.Todd has a close-knit group of fans affectionately known as “The Todd Squad.” He is currently developing a second solo project built around the life and music of George Michael. todalsup.com.