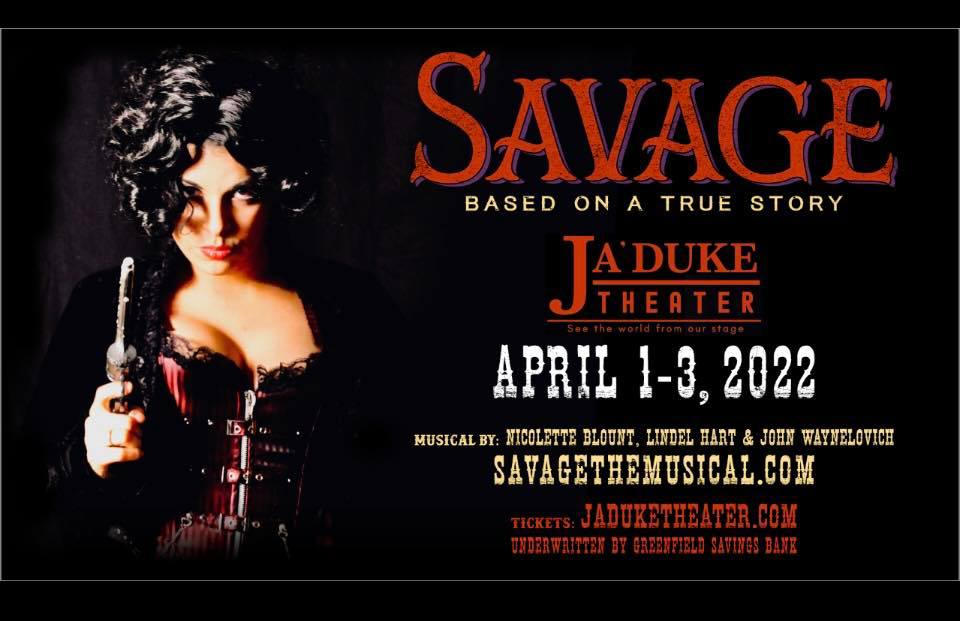 Savage the Musical is a dramatic musical inspired by the life of 1920s Chickasaw sharpshooter and silent film actress Wanda Savage as told by her Chickasaw great granddaughter, co writer Nicolette Blount (book, music, lyrics), Lindel Hart (book), and John Waynelovich (music). Savage is a redemption story about an independent, indigenous mother who fought oppression, racism, sexism, and abuse to make a name for herself.

Wanda’s unconquerable spirit propelled her from a reservation in Oklahoma to worldwide fame in Vaudeville, and Hollywood before landing in a Wyoming brothel.

Savage the Musical presents a modern view of Native Americans against a historical backdrop and highlights a culture and people who are underrepresented. Wanda refused to embrace the stereotype of Native women that was dominant in her day and persists into the 21st Century. Her story and struggles are as relevant now as they were when she experienced them 100 years ago, holding up a mirror to our society to see how far we have come…or not.

Savage is in its fifth year of development. See it in it’s first developmental production before it moves to NYC this summer! Find our more at savagethemusical.com or stream our music on iTunes, Spotify, Amazon Music and more. Rating: PG – 13 Run Time: 2 Hours and 30 Minutes (one intermission)