Round the Bend Theatre Presents One-Night-Only Reading of “Alternative Canon: A Sacrilegious Romp” in Catskill 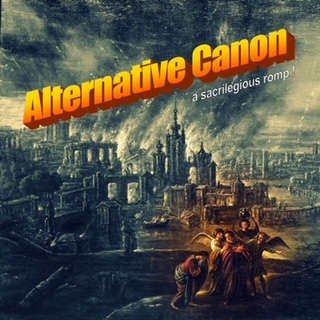 Round the Bend Theatre Presents One-Night-Only Reading of “Alternative Canon: A Sacrilegious Romp” in Catskill

Saugerties’ Round the Bend Theatre presents a one-night-only reading of Erin Proctor’s “Alternative Canon: A Sacrilegious Romp” at 7:30pm on Monday, April 11, at Bridge Street Theatre in Catskill.

Tickets for the reading are available at the door one-half hour before curtain time with a suggested donation of $10. Bridge Street Theatre is located at 44 West Bridge Street in the Village of Catskill. Please note that proof of vaccination is required for entry and that masks must be worn while inside the theatre building.


Erin Proctor (Playwright) is a writer, actor, and dramaturg based in NYC, but she grew up in the Hudson Valley. Her chaotic attitude and queer Jewish identities frequently permeate her work. “Alternative Canon” was named Honorable Mention for the 11th Annual Jewish Plays Project. As an actor she has worked with Hartford Stage and the Hudson Valley Shakespeare Festival. She has a BFA in Acting from The Hartt School. She is also an Equity Membership Candidate and a member of the Dramatists Guild. Check out her website: erincproctor.com

Round the Bend Theatre (Sydnie Grosberg Ronga and Beth Ryan Troxell, Co-Artistic Directors) is a mobile theater company with a mission to encourage Hudson Valley playwrights and their work in development. Through the process of readings and reflection a variety of new and inclusive voices are nurtured for future work. www.roundthebendtheatre.org