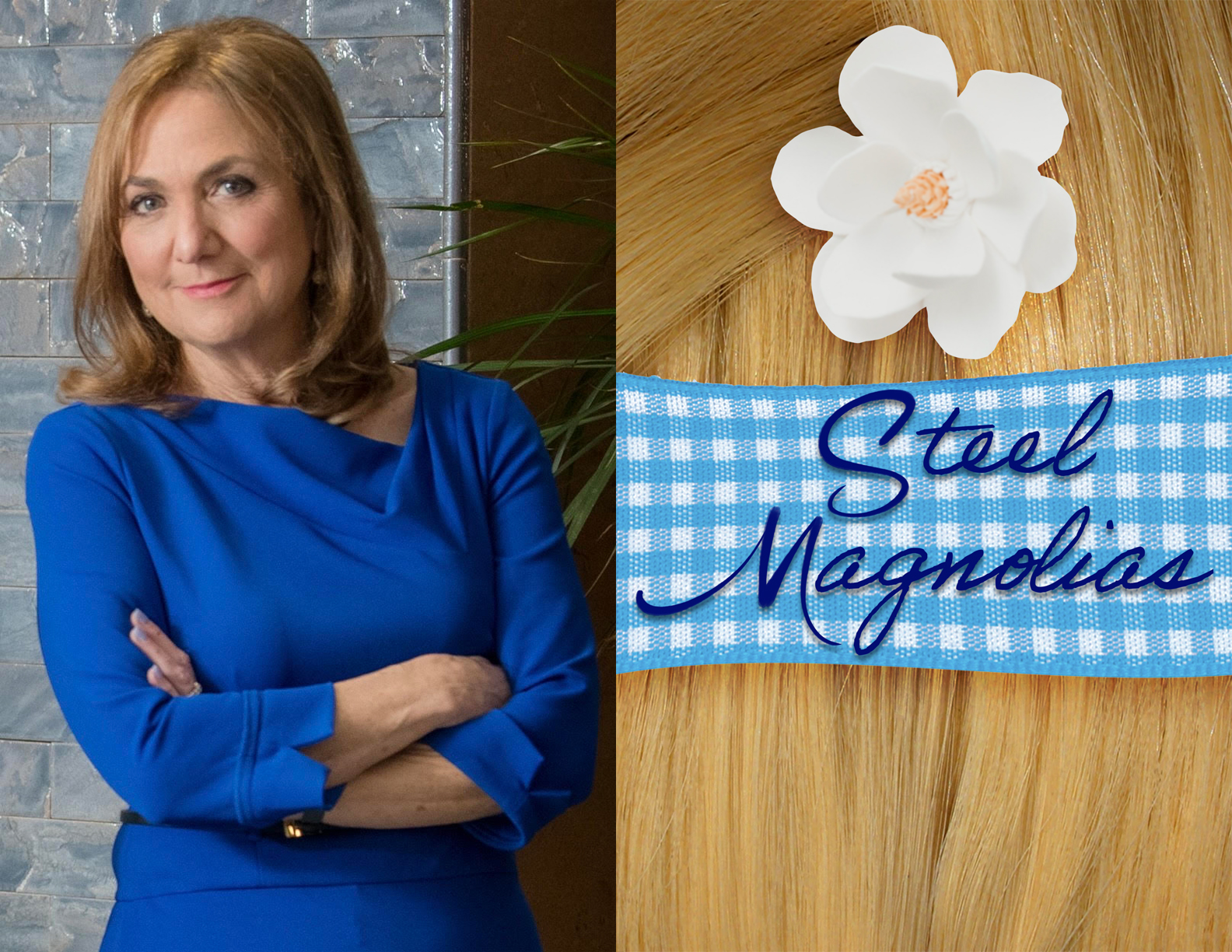 The action is set in Truvy’s beauty salon in Chinquapin, Louisiana, where all the ladies who are “anybody” come to have their hair done. Helped by her eager new assistant, Annelle (who is not sure whether or not she is still married), the outspoken, wise-cracking Truvy dispenses shampoos and free advice to the town’s rich curmudgeon, Ouiser, (“I’m not crazy, I’ve just been in a bad mood for forty years”); an eccentric millionaire, Miss Clairee, who has a raging sweet tooth; and the local social leader, M’Lynn, whose daughter, Shelby (the prettiest girl in town), is about to marry a “good ole boy.” Joining director Tracey Wesley are Scenic Designer Charles J. I. Krawczyk, Stage Manager Maureen Cossey, Costume & Hair Designer Jeremy Buechner, and Lighting & Sound Designer John Norine Jr. Steel Magnolias runs April 22-24. Limited tickets remain.

For Pride & Prejudice, the cast is led by Courtnie Harrington as Lizzy. Ms. Harrington has appeared in FST’s The Diary of Anne Frank, There’s No Business Like Snow Business, and Little Shop of Horrors. Later this season, Ms. Harrington will return to the Fort Salem Stage in I Love You Because, a modern-day musical also based on Pride and Prejudice playing the role of Marcy, a role based on her P&P character’s scene partner, Mr. Darcy.

This isn’t your grandmother’s Austen! Bold, surprising, boisterous, and timely, this Pride & Prejudice for a new era explores the absurdities and thrills of finding your perfect (or imperfect) match in life. The outspoken Lizzy Bennet is determined to never marry, despite mounting pressure from society. But can she resist love, especially when that vaguely handsome, mildly amusing, and impossibly aggravating Mr. Darcy keeps popping up at every turn?! Literature’s greatest tale of latent love has never felt so theatrical, or so full of life than it does in this effervescent adaptation. Because what turns us into greater fools…than the high-stakes game of love? Alongside director Ariel Francoeur is Choreographer Mani McCalmon, Scenic Designer Charles J. I. Krawczyk, Sound Designer Sean David Demers, and Co-Stage Managers Maureen Cossey and Amy Collins. Pride & Prejudice runs May 27-29.

Tickets for both events, ranging $15-$36, can be purchased online 24/7 at www.FortSalem.com. Performances are Fridays and Saturdays at 7:30 and Sundays at 2:00PM. Fort Salem Theater is also currently accepting audition appointments for the musical Grease. More details are available on the theater’s website.