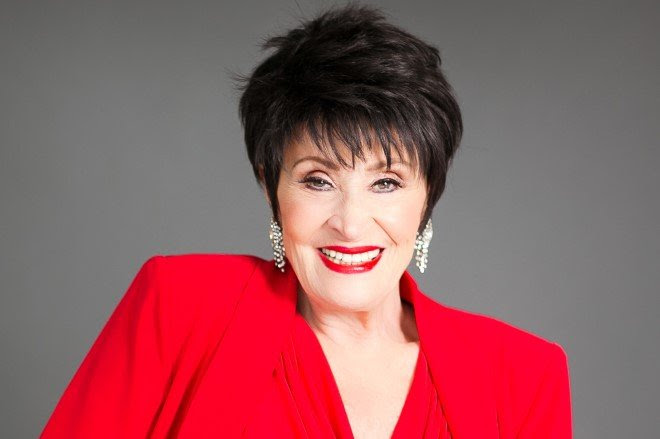 Artistic Director/CEO Kate Maguire says: “For the past two years we have presented our Broadway concerts Under the Big Tent outside the Colonial in Pittsfield.  And while that experience was magical, we are thrilled to be returning indoors this summer into the historic Colonial Theatre which just seems to be built for presenting these outstanding performances.”

Tickets for BTG’s Colonial Concert Series: Featuring Broadway Luminaries will be on sale on Thursday, April 14 at 12pm. All plays, schedules, casting and prices are subject to change. To purchase tickets, visit www.BerkshireTheatreGroup.org or contact the Colonial Ticket Office by calling 413-997-4444.

The ticket office is open Tuesday through Sunday 12pm-5pm or on any performance day from 12pm until curtain. All concerts, schedules, casting and prices are subject to change.

Since his Broadway debut as a newsboy in the 1989 revival of Gypsy, quintessential song-and-dance man Tony Yazbeck has continued to land coveted roles and garner critical acclaim, including a Tony Award nomination for the leading role in On the Town (2014). Tony recently debuted his solo show with Lincoln Center’s American Songbook series inviting audiences to join him on an honest, emotional journey along life’s ups and downs as told through the lyrics of classic show tunes, new standards and dazzling tap dancing.

In 2021, Tony starred as Cary Grant in the new musical Flying Over Sunset on Broadway at Lincoln Center Theatre. He also recently starred as the title role in The Scarlet Pimpernel in concert at Lincoln Center. Other recent credits include The Cradle Will Rock at Classic Stage Company, the Encores! production of A Chorus Line and the PBS Great Performances special: The Bernstein Centennial Celebration at Tanglewood. Prior to that, he starred in the Japan and Broadway productions of Prince of Broadway for which he received the Chita Rivera Award as well as Drama Desk and Outer Critics Circle Award nominations.

His television and film credits include The Good Fight, Billions, Smash, and the feature documentary Every Little Step. In concert he has appeared with the San Francisco Symphony under Michael Tilson Thomas; Carnegie Hall with the New York Pops under the baton of Steven Reineke; with National Symphony Orchestra at Wolf Trap with Michael Barrett; he was featured on the PBS Great Performances special The Bernstein Centennial Celebration at Tanglewood with the Boston Symphony Orchestra; and he was most recently featured on PBS with The Kennedy Center at 50.

Tony’s debut album, The Floor Above Me, has been released digitally and on CD by PS Classics.  He will also make his New York directorial debut with Jekyll and Hyde at David Geffen Hall in 2023.

Chita: The Rhythm of My Life

Come celebrate the one and only Chita Rivera in a unique concert event! The incomparable two-time Tony Award winner will recreate signature moments from her legendary career from West Side Story, Sweet Charity and Bye Bye Birdie to Chicago, Kiss of the Spider Woman, The Visit and more. Her special guest for the evening will be George Dvorsky. In addition to a tribute to her dear friends John Kander and Fred Ebb, the timeless music of Leonard Bernstein, Charles Strouse and Lee Adams, Jerry Herman and Stephen Sondheim will also be featured, accompanied by her long-time trio.

A theatrical icon and one of Broadway’s greatest triple-threat talents, Chita Rivera is one of the most nominated performers in Tony Award history having earned ten nominations, won twice and received the 2018 Special Tony Award for Lifetime Achievement in the Theatre.  A versatile actress/singer/dancer, she recently starred in The Visit, the final John Kander/Fred Ebb/Terrence McNally musical directed by John Doyle and choreographed by Graciela Daniele on Broadway; the Broadway revival of The Mystery of Edwin Drood; the Broadway and touring productions of The Dancer’s Life, a dazzling new musical celebrating her spectacular career, written by Terrence McNally and directed by Graciela Daniele and the revival of the Broadway musical Nine with Antonio Banderas.

Her electric performance as Anita in the original Broadway premiere of West Side Story brought her stardom, which she repeated in London. Her career is highlighted by starring roles in Bye Bye Birdie, The Rink (Tony Award), Chicago, Jerry’s Girls, Kiss of the Spider Woman (Tony Award), and the original Broadway casts of Guys and Dolls, Can-Can, Seventh Heaven and Mr. Wonderful.  Chita was awarded The Presidential Medal of Freedom by President Barack Obama in 2009 and received the coveted Kennedy Center Honor in 2002. In 2019, Chita performed her solo concert at London’s Cadogan Hall; in 2018 she was honored as a Living Landmark by the New York Landmarks Conservancy; in 2016 she headlined at Carnegie Hall and in 2015, Great Performances aired their special Chita Rivera: A Lot of Livin’ To Do, a retrospective of her extraordinary life and career nationally on PBS.

Smokey & Me: A Celebration of Smokey Robinson

On opening night of Motown: The Musical, Smokey Robinson, known as “The King of Motown” and one of the show’s producers, went backstage to look for Charl Brown, the handsome young actor who portrayed him in the show. Upon finding him, he smiled and simply said, “Hello, Me!.” This meeting became the inspiration for a spectacular show that celebrates the life, music and career of acclaimed singer-songwriter Smokey Robinson, once pronounced by Bob Dylan as America’s “greatest living poet.” Smokey Robinson’s career spans over four decades of hits. He has received numerous awards including the Grammy Living Legend Award, NARAS Lifetime Achievement Award, Honorary Doctorate (Howard University), Kennedy Center Honors and the National Medal of Arts Award from the President of the United States. He has also been inducted into the Rock ‘n’ Roll Hall of Fame and the Songwriters Hall of Fame.

In this show, Smokey is perfectly and uncannily captured by Charl Brown, who won a Tony nomination for his portrayal of Smokey in Motown: The Musical. Act One celebrates Smokey’s story and many of his biggest hits; ones he sang and ones he wrote, including:  “Shop Around,” “Mickey’s Monkey,” “Going to a Go-Go,” “You’ve Really Got a Hold on Me,” “My Girl,” “I Second that Emotion,” “Tracks of my Tears” and so many more. Act Two explores the story of Charl Brown, the actor who was fortunate enough to become Smokey every night in Motown: The Musical. This act highlights Charl Brown’s Broadway history and hits, including songs from Hair, Jersey Boys, Pippin, Sister Act, The Wiz and will end with a medley of Smokey’s iconic songs, “Tears of a Clown” and “Being With You.”

“Ooh Baby Baby”… it’s going to be a night to remember complete with muti-media support, a fantastic band and backup singers.