REVIEW: “9 to 5” at The Majestic Theater 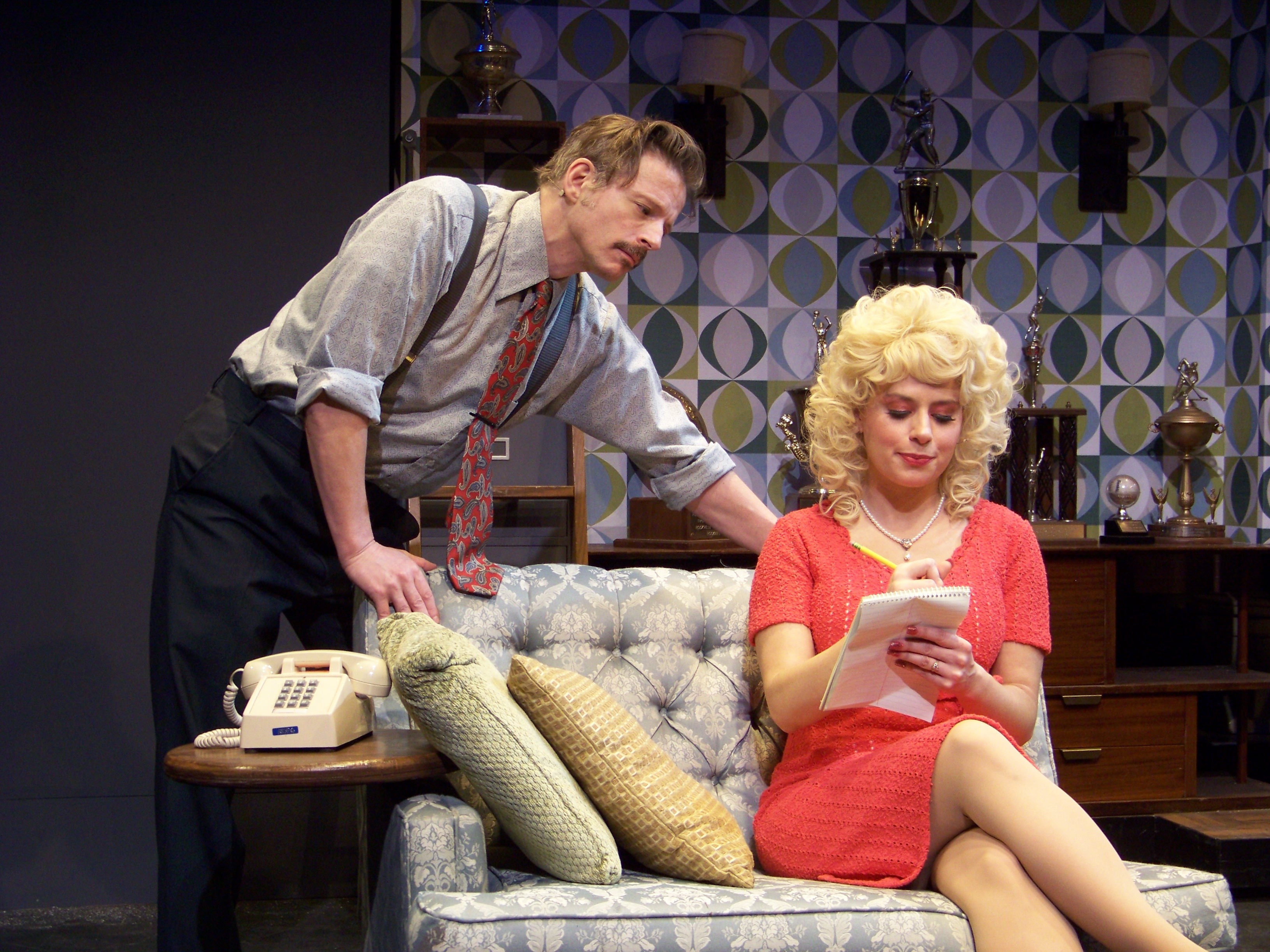 REVIEW: “9 to 5” at The Majestic Theater

Undoubtedly you know the song, “9 to 5,” which hit the top of the charts and went platinum, winning two Grammys, including one for Best Country Song of 1980. Perhaps you also know that the movie where the song originated is on the American Film Institute’s list of 100 Funniest Movies. So, the storyline of 9 to 5, the Musical, which enjoyed a short run on Broadway in 2009, comes with few surprises. Now playing at the Majestic Theater in West Springfield, Massachusetts, this musical tribute to the working woman nevertheless has what it takes to entertain us. As a “period piece,” the issues of this funny and upbeat show still resonate. Although (as Director Rand Foerster notes) “the normalized sexist jokes of the ‘80s may not seem as funny today, but what they may lack in nuance and respect is made up for in the musical celebration of women and female empowerment.”

The 1980 film was a huge success at its debut over forty years ago. It was produced by Jane Fonda, who starred as Violet, and featured the incomparable talents of Lily Tomlin as Judy and Dolly Parton as Doralee. The story dramatized the plight of three beleaguered secretaries who suffer under the company president, Mr. Hart – an unapologetic sexist bigot. They are underpaid, forced to work ridiculous hours and do menial tasks, and they must subject themselves to abusive and offensive language and sexual advances.

This musical version is lively and entertaining, buoyed by the joyful songs of Dolly Parton. The memorable theme song, which Parton wrote for the movie, is matched with some lovely, lyrical ballads and array of country and pop songs. The plot follows the predictable movie storyline. Violet is a single parent and a supervisor of the secretarial pool. She is trying to move up into management to make ends meet and realize her own potential. Judy is the new secretary who buckles under the unreasonable demands of the job as she tries to become independent after her husband runs off with his secretary. Doralee is happily married but in constant jeopardy with Hart’s attempts to bed her and she suffers the disdain of the secretarial pool who believes she is his mistress.

The three very different women represent the whole secretarial field and the immense struggles that were the norm then (and maybe now). Then there is Roz – a dowdy woman secretly in love with Hart – who acts as a spy and serves to undermine any efforts of the women to get changes that would even in small ways make their positions tolerable. When the bonds of friendship bring together Violet, Judy, and Doralee, they fantasize getting rid of the boss and making the corporate culture one where all are respected. Joe (the accountant who is attracted to Violet) and Doralee’s husband are the only men in the story who seem to have any sincere esteem or affection for the women in their lives.

The plot thickens when Violet thinks she has accidentally poisoned Hart and they end up kidnapping him. That leaves them free to change the policies in the office and prove their worth. So, again, the plot is predictable, but how they get there is a fun ride.

The Majestic Theater company is a professional, Equity theatre in Springfield Massachusetts that is celebrating its 24th season. 9 to 5 is a big challenge for the company. It demands extremely talented actors/singers who can dance well and an ensemble of ten to play a vast array of parts. Musical Director Mitch Chakour is to be credited with the excellent vocal blend and strong choral work of the group. The leading roles are filled with engaging performers who embrace their roles with gusto under the generally capable hand of director Foerster.

The multi-talented Cristin Gilmore brings to life the role of Violet. She is a commanding figure in her striking yellow suit, a great singer who commands the stage and embodies the supremely competent working woman and warms the heart with her compassion and vulnerability. Mollie Posnik plays the fragile and brokenhearted Judy. Posnik is an effective comedienne and marvelous singer, although some of her spoken dialogue is lost due to an affected, highly-pitched character voice. Kaytlyn Vandeloecht takes on the challenge of Doralee, the role originated by Dolly Parton. Of the three characters, Duralee is the hardest to reinterpret because Doralee looks like and sings like that inimitable icon of country music. If there was any doubt about that, the song “Backwoods Barbie” says it all. Fortunately, Vandeloecht is more than equal to the task. She has a great voice and flawless comic timing. By the end of the show, she has claimed Doralee as her own and charms us all.

Joe Casey as the despicable boss, Mr. Hart, has the right combination of sleaze and smarmy charm to make such an unlikeable character amusing and fun to watch. He is gifted with a rich Bass voice, moves sinuously, and embraces the disagreeable Hart with vigor. Christopher Rojas as Joe brings exceptional sincerity and warmth to his role, especially in his songs and scenes wooing Violet. Kait Rankins play Roz who, at first, seems to be a snide and self-serving ineffectual drone in the system. She surprises us all in her revealing showstopper “Heart to Hart,” as she revels in her wild fantasies and lust for her boss.

The highly entertaining and talented leading players are supported by the enthusiastic ensemble. Costume designer Dawn McKay exactly captures the 1980 office fashions and creates an impressive number of costumes for the 16 performers. Kudos to musical Director Chakour and conductor Elisabeth Weber for the rousing and tuneful musical numbers. Choreography Stacy Ashley and Steven Sands used the limited stage space well and made the dancers of varying abilities look good with basic but creative dance numbers.

9 to 5 the Musical has held up well in a society that has evolved since the 1980s. However, the show presents some formidable challenges in bringing it to the stage. For one, the first act is overly long, due partially to three unnecessary dream sequences as the women fantasize how to get rid of their boss. These are the least effectively staged and just delay the most interesting plot twists. Additionally, there must be 30 scene changes in the 2½ hour show—it felt like 40, as the theater darkened and the cast and staff moved an amazing array of set pieces in and out of the space in the dark. Although Director Foerster is quite adept at staging the scenes and getting great performances from his cast, he might have considered other solutions to the multiple locations.  The stage design by Greg Trochlil was cumbersome and lacked visual interest as well. I expect the Majestic (a converted movie theatre) has very limited backstage space. And perhaps the same shifts can be tightened up in the long run. I hope so because what otherwise is an excellent evening’s entertainment is repeatedly deflated by the dull scene changes.

Fortunately, the star power of the performers and strong musical direction and delightful choreography kept the evening going. All in all, 9 to 5 the Musical is a fun and accessible show that seems to be a crowd pleaser and addresses real social issues with wit and charm.

9 to 5, the Musical runs April 14 to May 29. Evening performances Wednesday through Sunday at varying times (contact the theatre for specifics).  Matinee performances are at 2:00 p.m. Saturday and Sunday. For tickets call 413-747-7797.