“Three Porches” Debuts at Sand Lake Center for the Arts 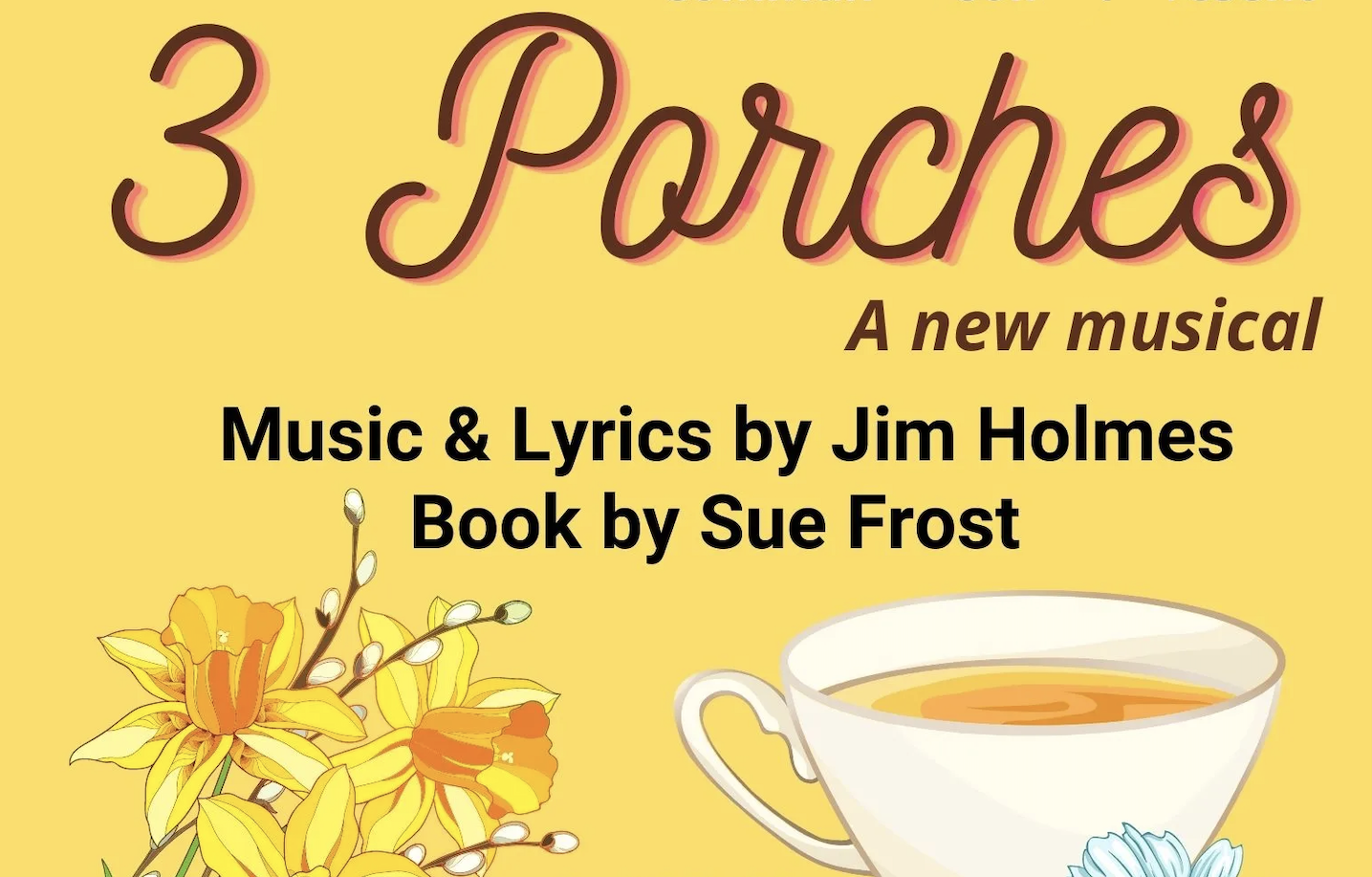 “Three Porches” Debuts at Sand Lake Center for the Arts

A remarkable theatrical artistic effort has been in process during the past few months at the Sand Lake Center for the Arts. Community members and devoted center supporters Sue Frost and her husband and creative partner Jim Holmes have been bringing to life on stage an original musical which they have been busy co-writing during recent years titled THREE PORCHES.

The piece is much more than the nostalgia offering implied by such a down home title and the Americana setting which rural Rensselaer County might presage for it works to capture the complexity of the human condition: infidelity and forgiveness, lost trust , familial ruptures, hidden truths , intergenerational communication…the list is long and both the plot and musical numbers and lyrics reflect the challenges inherent in trying to live together in harmony.

This brave theatrical endeavor has captured the talents of regional community theater actors and singers both young and old, experienced and fledgling, as the plot demands characters of all ages for the telling.

Directed by Sand Lake stalwart performer and director Valerie Kavanaugh along with the musical’s playwright Sue Frost, THREE PORCHES is in the final stages of preparation for its upcoming opening on April 29th. Musical Director and accompanist is the play’s composer, Jim Holmes.

Playwright Sue Frost says about the musical’s origin: “Several years back my husband, Jim, was singing a song he had written, “All That’s Left is the Anger”, when I turned to him and said, “That’s a great song for a musical!”. Thus began a collaboration which evolved into 3 Porches. I do a lot of creative thinking on my commute to and from work – a “between time” when I’m not engaged in the demands of the job or chores at home. Also, Jim and I walk a few miles together daily and we will suddenly burst out from deep thought with another development in plot or theme. One of us might nix an idea, but it still served as a spark for another. Jim’s music room is off the study where my computer is located. We bounce ideas off from our respective chairs but we both know when the other is deeply involved in tune or lyrics (Jim) or plot or dialogue (Sue) so it’s best to give each other space. It has been so fun to infuse daily interactions with creative collaboration. Very handy that I live with my co-writer!”