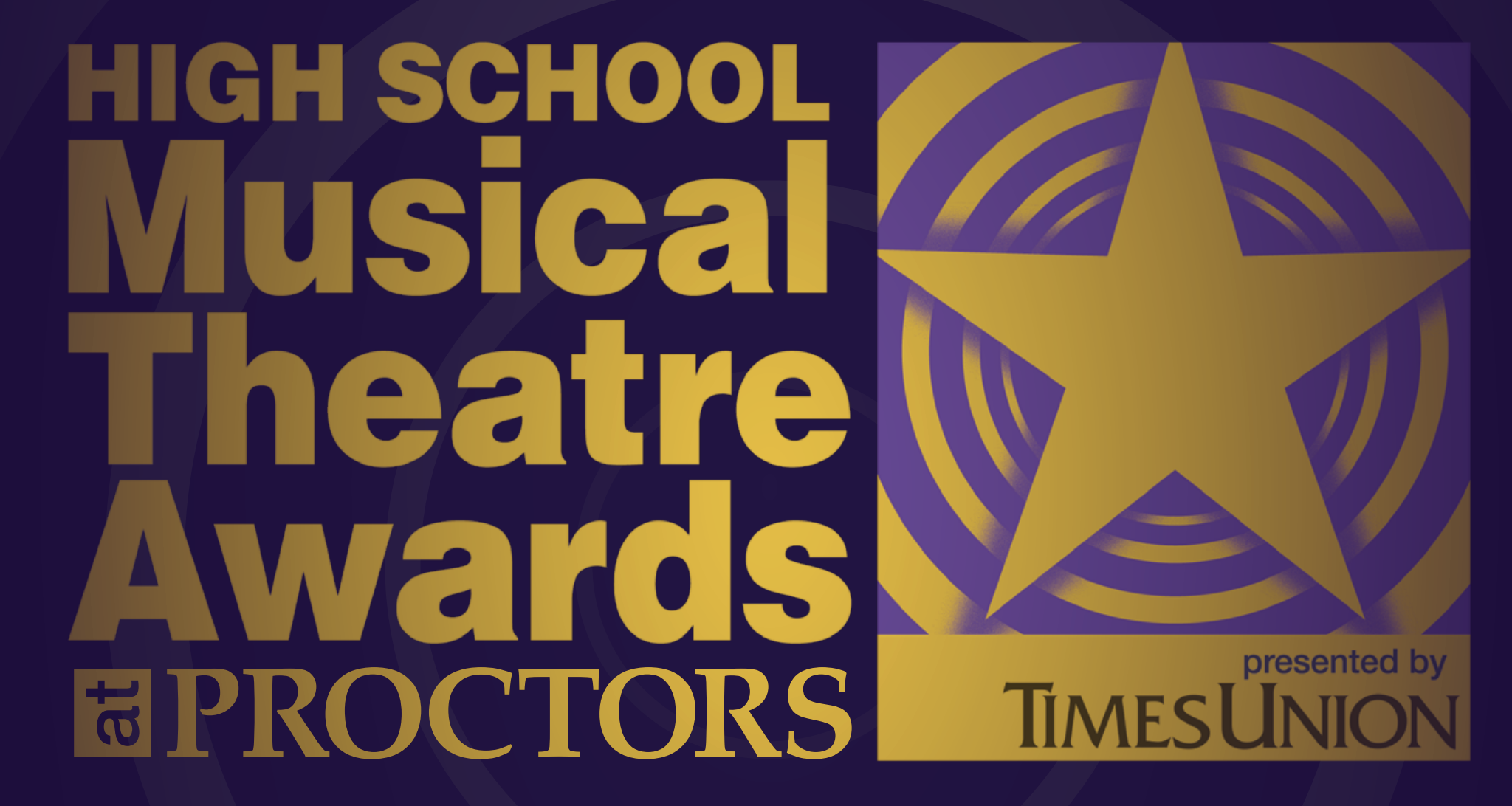 SCHENECTADY (May 14) – The Collaborative School of the Arts at Proctors wants to congratulate the winners of this year’s High School Musical Theatre Awards in partnership with The Broadway League and presented by the Times Union. The ceremony was presented at 7 p.m. on Saturday, May 14 on the MainStage at Proctors. This program celebrates the achievements of the region’s theatre students, highlighting the importance of musical theatre and arts education in the greater Capital Region of New York State.

The show kicked off with representatives from each of the 17 schools nominated performing a joint number of “Tonight Belongs to You” from The Prom leading into hosts Philip Morris, CEO of Proctors Collaborative, and Steve Barnes, Senior Writer for the Times Union, welcoming everyone to the show.

Then, in between awards, schools nominated for Best Musical each performed a song from their show, including “Story of My Life” from Colonie High School’s Shrek The Musical, “Revolting Children” from South Glens Falls High School’s Matilda, “Two Worlds” from Catskills High School’s Disney’s Tarzan – and that was just the Tier C nominees!

Then, the show closed with “I See Stars” from Mean Girls featuring students from all participating high schools. Winners of the Best Actor and Best Actress categories will travel to New York City to participate in the Jimmy Awards, a national competition for high school performers.