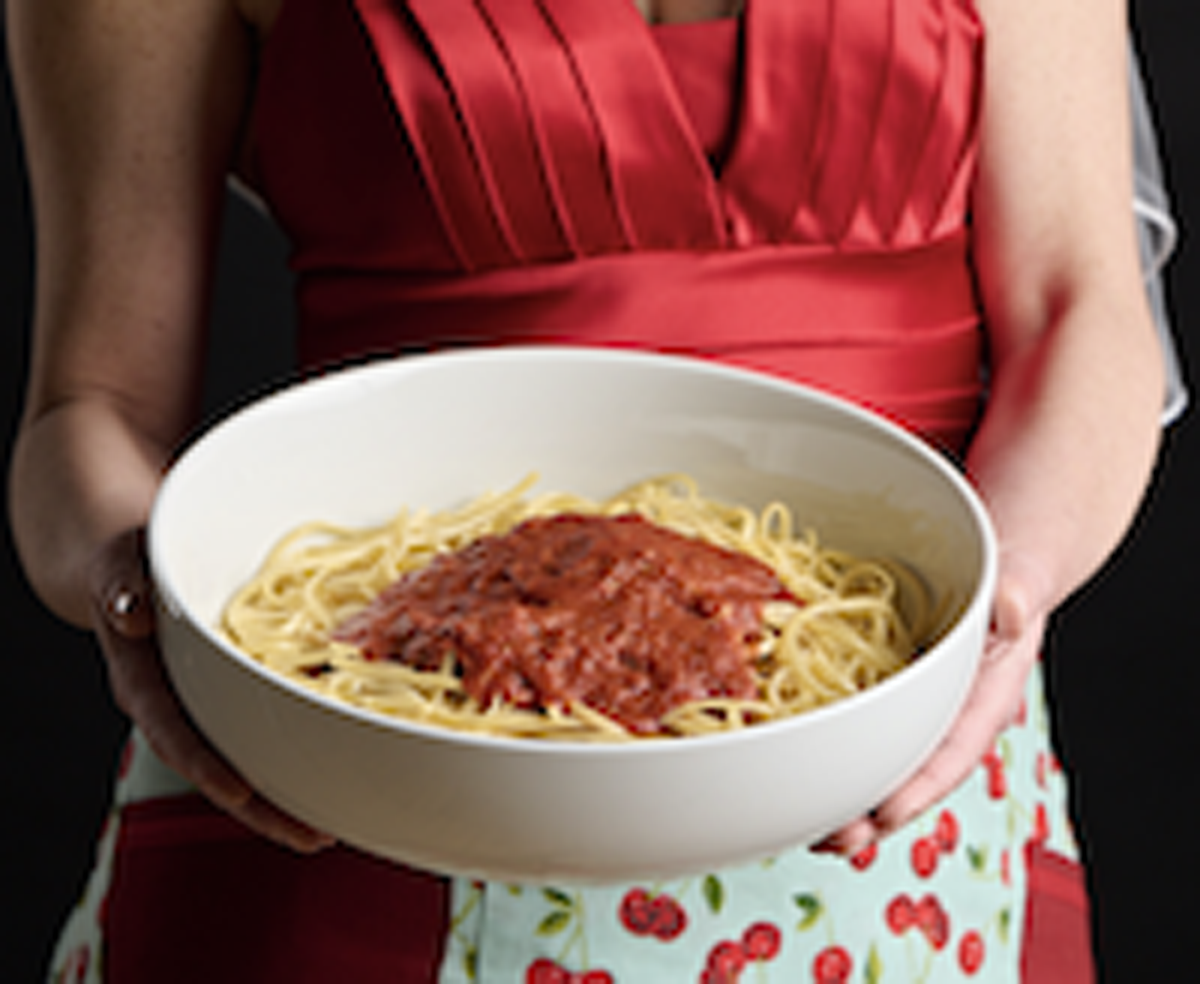 The Sequel to I LOVED, I LOST, I MADE SPAGHETTI

TheaterWorks welcomes back ANTOINETTE LaVECCHIA in the role she premiered 10 years ago and subsequently reprised to huge acclaim at George St. Playhouse, Cincinnati Playhouse and Asolo Rep. Audiences are familiar with Antoinette’s 30 year career on Broadway, Off Broadway and in film and TV including a recurring role on the 2020 reboot of the popular TV series Mad About You and for Hartford audiences, most recently in Eugene O’Neill’s Ah, Wilderness! at Hartford Stage.

“Ten years after saying “I do,” Giulia is back in the kitchen looking to spice up her marriage.”

A decade ago, Giulia invited us into her kitchen for a homemade Italian dinner and to share the hilarious highs and lows of her dating life. On the evening of her 10th wedding anniversary, we’re back together to discover how married life has provided unexpected delights and challenges. While Giulia rushes to prepare her anniversary dinner, we learn that a boyfriend from the past has resurfaced to complicate her recipe for a happy marriage. SECONDO serves up new stories, delicious food and a bellyful of laughs. You don’t need to have seen I LOVED, I LOST, I MADE SPAGHETTI to enjoy this tasty world premiere!

Director Rob Ruggiero commented, “I LOVED, I LOST, I MADE SPAGHETTI was so popular with audiences in 2012. Since then, Jacques and I have talked many times about revisiting Giulia’s story. This moment felt like the right time but we knew we couldn’t do it without Antoinette. Audiences fell head over heels in love with her 10 years ago. She is the magic in the telling of this story and we know audiences will be charmed again when we check in with Giulia on her 10th wedding anniversary.”

The performance schedule is Wednesdays and Thursdays at 7:30pm, Fridays at 8pm, Saturdays at 2:30pm and 8pm, and Sundays at 2:30pm.