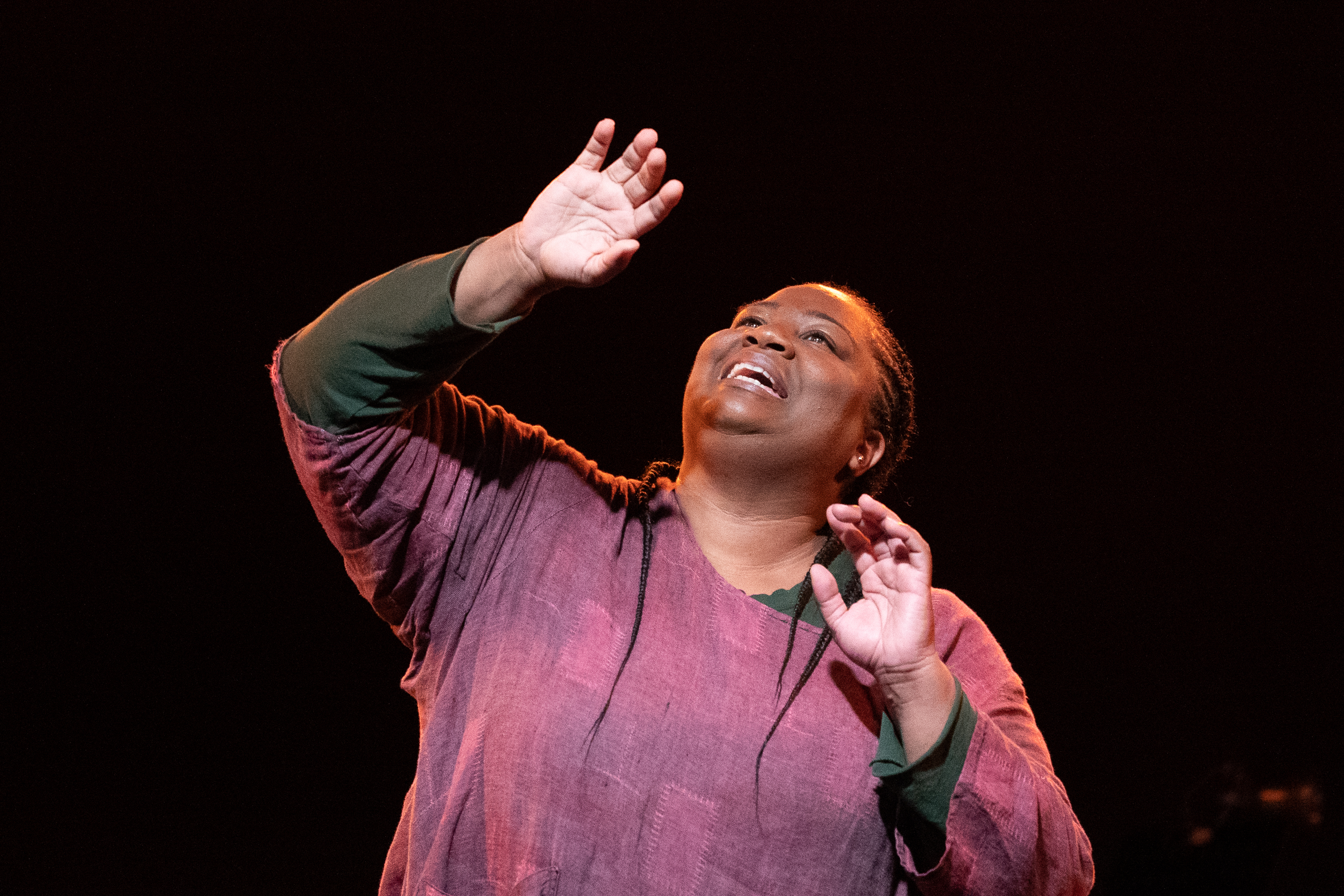 LENOX, Mass. – Shakespeare & Company will stage An Iliad by Lisa Peterson and Denis O’Hare June 3 through July 3 at the Tina Packer Playhouse, directed by Jeffrey Mousseau and featuring MaConnia Chesser as The Poet.

Adapted from an acclaimed translation by Robert Fagles, An Iliad refreshes Homer’s world classic and transforms the epic poem into a riveting account of the Trojan War, told in the present-time complete with nods to modern-day events.

Chesser and Mousseau first collaborated on An Iliad in 2021, staging the one-person play at Ancram Opera House – an intimate venue in Columbia County, N.Y., co-owned by Mousseau and Paul Ricciardi. At the time, Mousseau said the early days of the COVID pandemic – the play opens in a plague – and the culture wars at play in the United States were driving elements behind how they approached the text.

“To be at war now changes that perspective,” he said. “The recounting of so many wars alone, as The Poet does, requires every ounce of her resolve; otherwise, grief would consume her. And with this performance, we add another war to the list.”

Chesser agreed, noting a line from An Iliad both she and Mousseau have taken to heart as they reimagine the show.

“Early on, The Poet says ‘every time I sing this song, I hope it’s the last time,’” she said. “This play is an examination of war, and humans at war – but it’s also an examination of how theater can respond to war.”

Indeed, the script itself includes guidelines for updating the language for the times as they change, and Mousseau said the Shakespeare & Company production interprets the setting both literally and locally.

“We’ve interpreted it as ‘here, now, at this time, in this theater,’” he said. “The set will reflect this, with set-pieces and costumes from previous productions to create a transitional feel.”

Generously sponsored by Claudia Perles and Gerry Fultz, performances of An Iliad include both evening and matinee shows. Tickets range in price from $22 to $77; Preview performances on Friday, June 3, and Saturday, June 4 are $10 less. Masks are required at all shows of An Iliad. For more information, call the Box Office at 413.637.3353, or visit shakespeare.org.