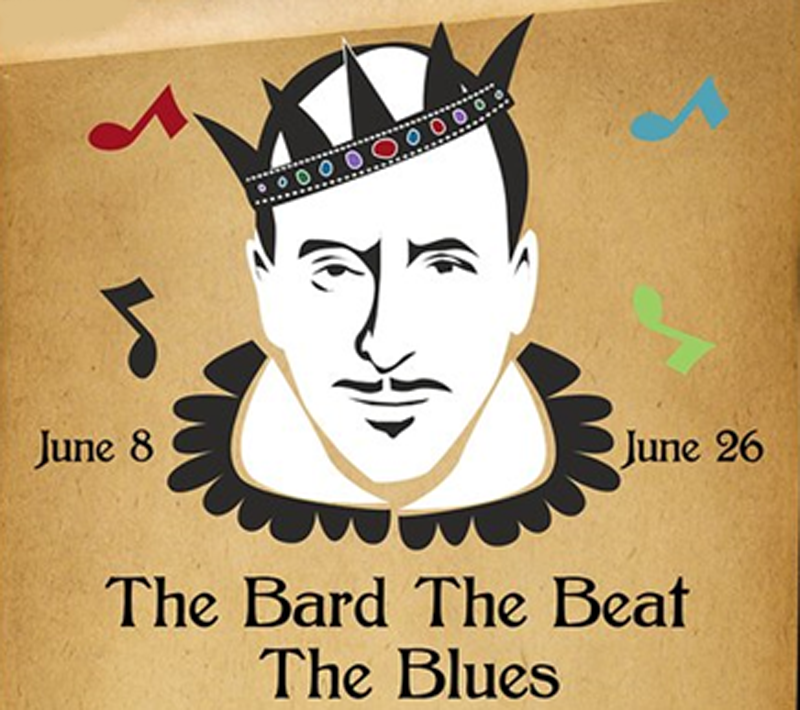 A master actor’s muses and music take him from Greenwich Village and Lawrence Ferlinghetti to Shylock, Malvolio and Ma Rainey.

GB Public Theater 2022 stage season begins with four new solo performances that run for over five weeks. All feature stories of humanity and demonstrate the power of a single voice.

GB Public is proud to include in this series the premiere of Will LeBow’s raconteurial jewel, The Bard The Beat The Blues (June 8-26), directed by company Artistic Director Jim Frangione and featuring the accomplished actor-musician LeBow, storytelling and versifying his creative arc, from his family’s acting roots to a his life on stage–all presented with funny asides, anecdotes, screen media and musical interludes. In this mesmerizing, quickly-paced hour of storytelling, audiences will fall under the spell of a marvelous entertainer and musician; we move along with LeBow from his ancestry in the Jewish ghetto of Vilna, Lithuania to Brooklyn, where his grandfather acted in Yiddish theater, to growing up in 1950s, heading off to City College, discovering Shakespeare, being introduced to the nightlife in the heyday of Greenwich Village, the poetry of Lawrence Ferlinghetti, and other influences that led him to a lifelong career on stage.

In his story, LeBow weaves bits from Shakespeare, Chekov, August Wilson, Mississippi John Hurt and Scott Joplin, the stream of anecdotes and life-lessons accompanied by LeBow at the keyboard, playing his own bluesy music. It’s a seamless performance by a fantastic storyteller, loaded with laughs, heart, bite, and historical commentary. It recounts the world and road as they unfolded for LeBow, why it’s ill-advised to bite our tongues when others tell us to, and, in his words, why this “nutzo, farkakte world” with all its randomness and unseen possibilities is the best world to be born in, if you have the creative bones to deal with it.

Will LeBow’smusical pictorial memoir The Bard The Beat The Blues is onstage seven times only, in rotation with the other solo performances, from June 8-June 26, Thurs.-Sun., 7:30pm and 3pm, in the Liebowitz Black Box Theater, Bard College at Simon’s Rock, 84 Alford Rd, Great Barrington, MA 01230. Ticket reservations are encouraged and can be made on the Great Barrington Public Theater website.

Jim Frangione (Director): After more than ten years developing new plays with Berkshire Playwrights Lab, Jim is proud to be working alongside the many talented and dedicated colleagues at Great Barrington Public Theater. Last summer with the Public, Jim directed Mark St. Germain’s new play, Dad, as well as the East Coast premiere of David Mamet’s, The Christopher Boy’s Communion. He directed Anne Undeland’s play, Lady Randy, for WAM Theatre; Romance at Wellfleet Harbor Actors Theater; Private Life at HERE Arts in NY; and An Evening of Shorts by Mamet, Pinter and Silverstein at the ART/Harvard Institute for Advanced Theatre Training. Jim’s play, Flight of the Monarch, premiered at Gloucester Stage Company in 2017. His play, Breakwater, the second in a trilogy of Cape Cod plays, received its premiere in 2019 as part of Great Barrington Public’s inaugural season (Berkshire Theatre Critic’s Nomination). Jim has acted for over 35 years; On and Off-Broadway, in National Tours; in many plays with the Atlantic Theater Company and at regional theaters such as: The Mark Taper Forum, Long Wharf, The Alley Theater, Berkshire Theatre Festival, The Humana Festival of New Plays—most recently in Prairie Du Chien at Atlantic and Vanya and Sonia and Masha and Spike at Shakespeare & Company. His film work includes Joy, Transamerica, Spartan, Heist, State and Main, The Spanish Prisoner, Homicide, Suits, Claire Dolan and Maryam. Jim is also an award-winning audiobook narrator performing over 400 titles.