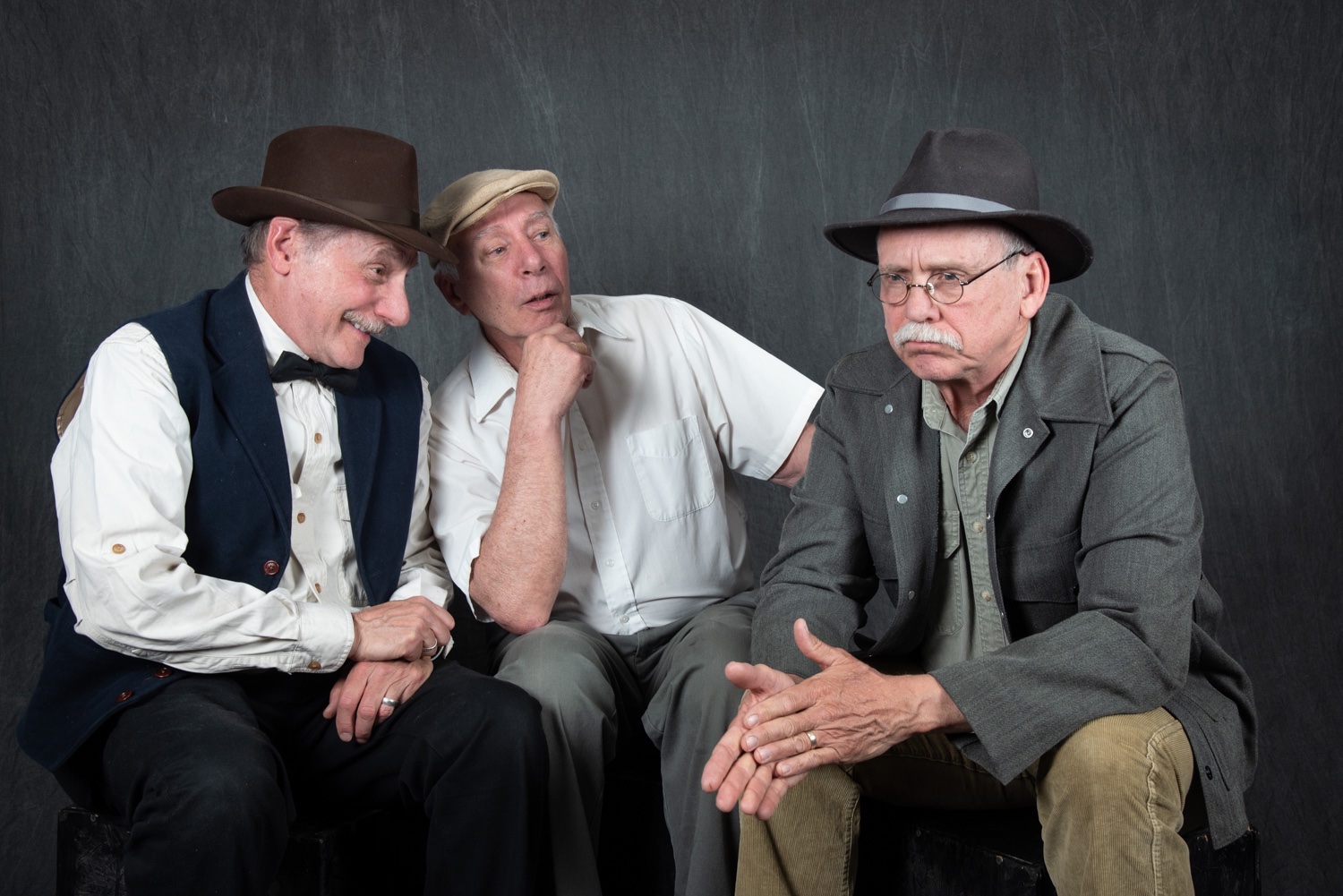 Our rescheduled May production is back on!

Camping with Henry and Tom
By Mark St. Germain

Our rescheduled May production is back on!

The story: With folksy charm and old-fashioned humor, this easygoing political satire depicts an ill-fated 1921 camping trip taken by automaker Henry Ford, inventor Thomas Edison and President Warren Harding. Drawing upon documented quotes and biographies to paint a portrait of the celebrated trio, playwright Mark St. Germain blends fact and fiction in order to explore the human side of these famous men, whose private personas often differed from their exemplary reputations. Winner of the 1995 Off-Broadway Lucille Lortel Award for Outstanding New Play.

The cast: In addition to Patricia Bunce as director and John Quinan as stage manager, our talented players include (from left) Howie Schaffer as President Warren Harding, Joe Quandt as Thomas Edison, David Bunce as Henry Ford and (not pictured) David Baecker as Col. Starling.

This program is made possible in part by a FairGame Arts Grant, as well as support from the Albany Chefs’ Food & Wine Festival.

Theater Voices is a not-for-profit organization under IRS 501(c)(3).Theater Voices is a company of actors and directors that presents new and classic works with the goal of emphasizing the richness of the playwright’s language. The company’s productions are presented as fully-staged, script-in-hand readings with minimal use of scenery and costumes. The simplicity of this format has allowed the company to bring professional theater to Capital Region audiences free of charge for over three decades.