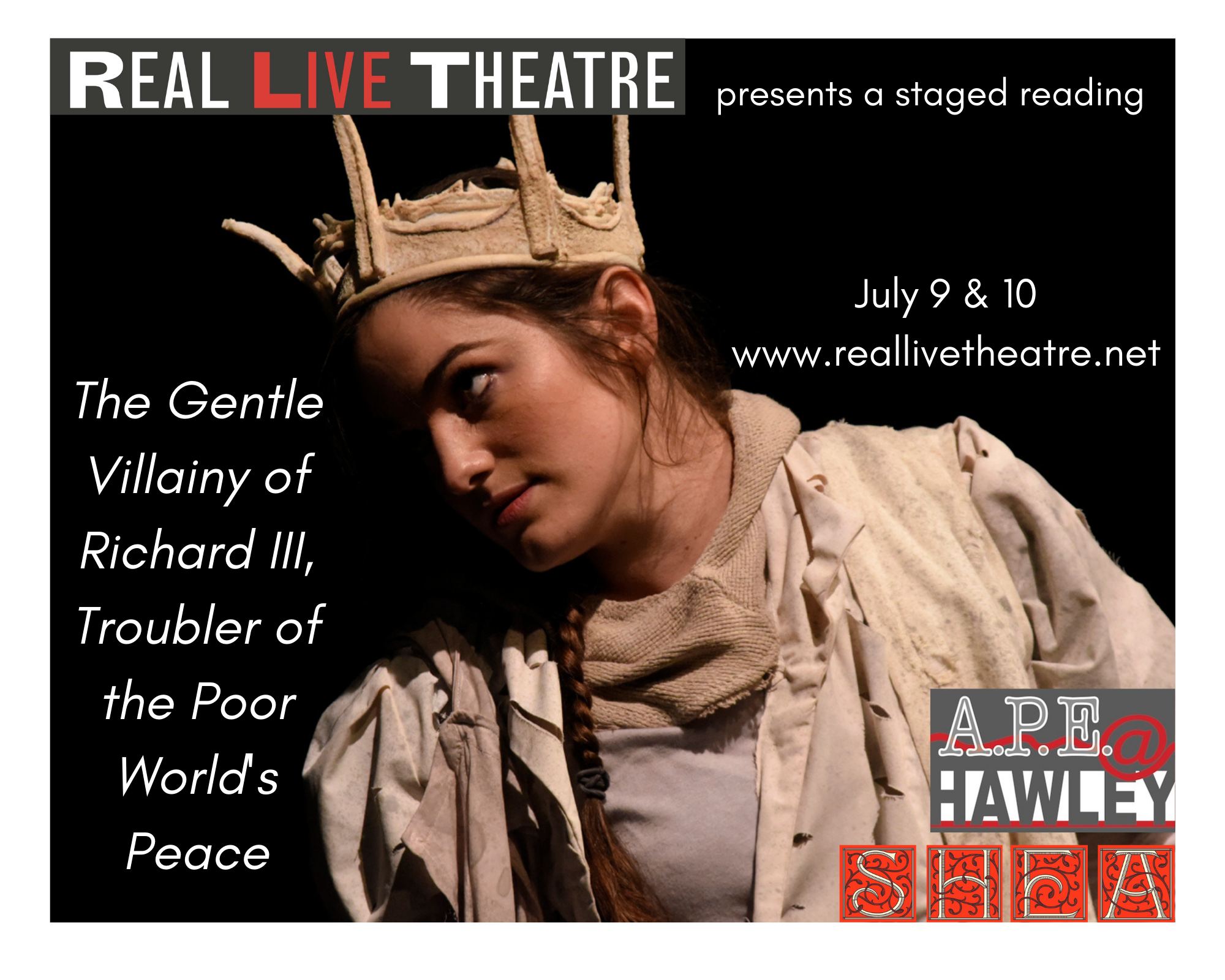 The Gentle Villainy of Richard III, Troubler of the Poor World’s Peace

An adaptation of William Shakespeare’s Richard III which situates the story of power-hungry Richard as a cautionary bedtime tale told by Queen Margaret to the audience shortly after the death of her husband and son.

JULY 9 at 7:30pm at the Shea Theater in Turners Falls
JULY 10 at 2pm at APE@Hawley in Northampton

Cast, in order of appearance: