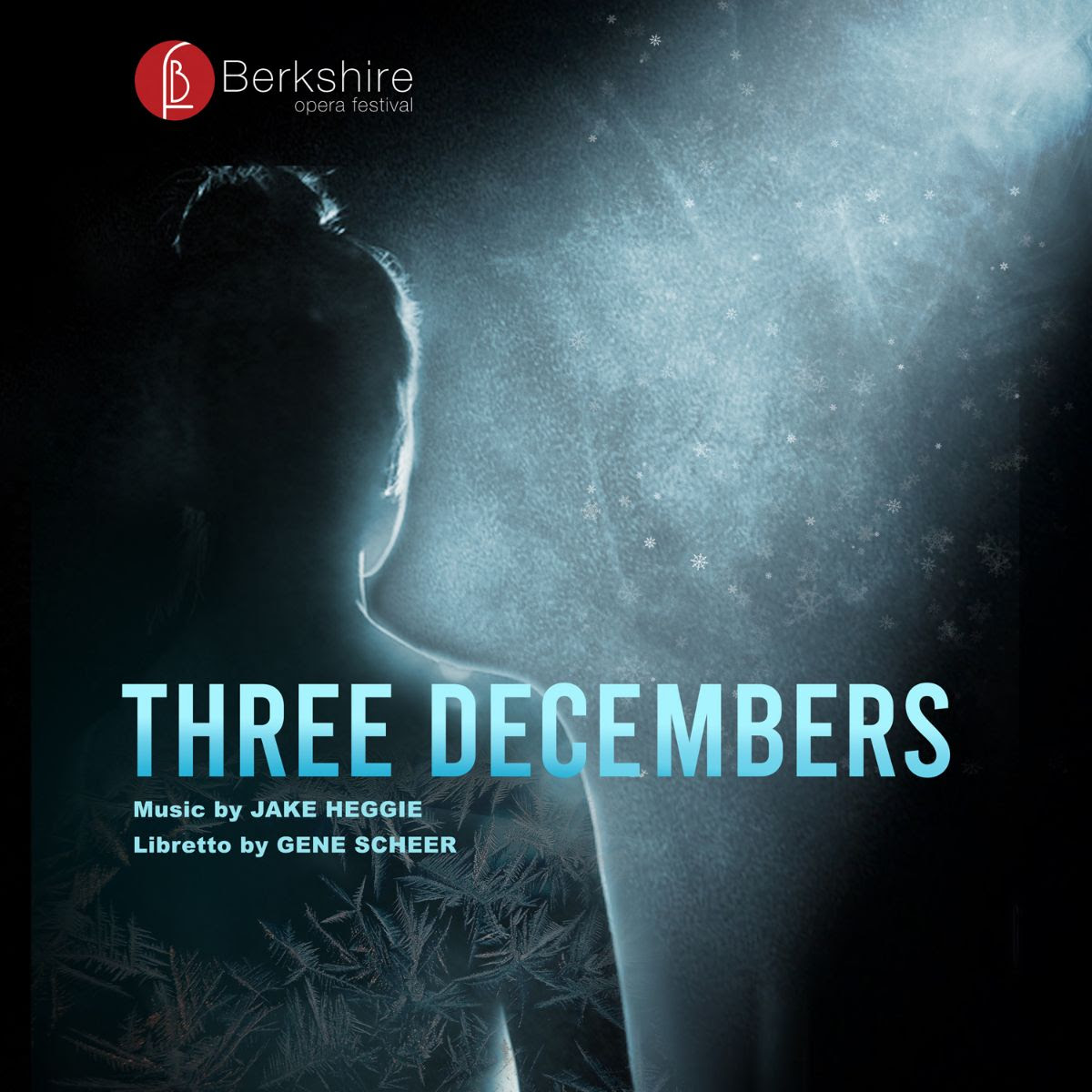 BOF is thrilled to partner for the first time with PS21, a state-of-the-art green-energy theater which has evolved into the Hudson Valley’s mecca for innovative programming. Jesse Green in The New York Times describes PS21’s newly built theater as a “beautiful, reconfigurable indoor-outdoor space that appears to have landed like an exotic bird in the midst of a 100-acre former apple orchard.”

THREE DECEMBERS tells the story of aging Broadway star Madeline Mitchell and her two adult children, Beatrice and Charlie. The drama takes place over 20 years of the AIDS crisis (1986, 1996, 2006), each section recalling the events of a December as the characters struggle to connect and heal old wounds when family secrets are revealed.

Stage Director Beth Greenberg, renowned for her work with New York City Opera, says of the opera: “Buried secrets…dark whispers…love, and devastating loss…all collide and burst forth in Three Decembers. With its skillful balance of drama and èlan, the work probes the fraught relationships between a successful actress-mother and her two children—a daughter coping with a failing marriage, and her young, gay son at the beginnings of the AIDS epidemic.”

After its premiere in 2008 with Houston Grand Opera, THREE DECEMBERS was greeted by wide critical acclaim. Opera Today declared: “Three Decembers is a modern masterpiece…Heggie’s voice remains his own—closer here to Broadway than the Met. It is music that speaks to the heart; it provokes feeling and demands emotional reaction.”

Starring in the lead role of Madeline Mitchell is mezzo-soprano Adriana Zabala, who has been hailed by the Los Angeles Times as “an extraordinary, vibrant mezzo.” Zabala returns to Berkshire Opera Festival after stunning performances in the 2017 production of Strauss’s Ariadneauf Naxos and 2020 premiere of Steven Mark Kohn’s The Trial of Susan B. Anthony. Of her performance in Ariadne, The Berkshire Record wrote: “Mezzo-soprano Adriana Zabala took the difficult first act role of The Composer and made it her own. Singing with vivacious expression, her voice has a refined quality, so easy on the ear. A great performance, met by wild applause.”

PS21’s Black Box/open-air Pavilion configuration is conceived as a home for intimate-scaled productions, and is ideal for this iteration of THREE DECEMBERS. BOF and PS21 are aligned in their values of supporting the future of opera by presenting new and contemporary performances with world-class artists, and making them accessible to everyone in the region.

Berkshire Opera Festival’s production of THREE DECEMBERS is supported in part by an award from the National Endowment for the Arts.