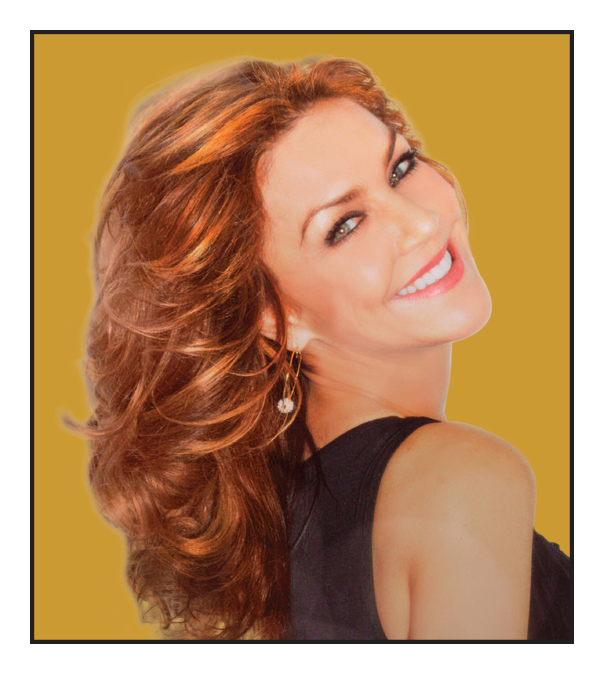 Andrea McArdle, who was the youngest performer ever nominated for the TONY AWARD® for Best Actress in a Musical, won both the Theatre World and Outer Critics’ Circle Awards for her performance. On Broadway, she originated the roles of Ashley in Starlight Express and Margy in State Fair, and she was seen as Belle in Beauty and the Beast and as Fantine in Les Miserables. On tour, she starred in Jerry’s Girls, The Wizard of Oz, and Peter Pan. Andrea has performed at Carnegie Hall, in the best showrooms in Las Vegas, at the Metropolitan Opera House, and at The White House. On PBS, she appeared in Andrea McArdle on Broadway and The Leading Ladies of Broadway.

In Confessions of a Broadway Baby, Andrea McArdle will mesmerize audiences with the music of legends Stephen Sondheim, Kander and Ebb, Jerry Herman, Johnny Mercer, and Charles Strouse, to name a few.  She relays tales of her unique life treading the boards, and she sings showstoppers in the way only this super talent can. Ms. McArdle charms her audiences with honesty and humor in personal tales of the luminaries she has known. She is a true star. Get ready for a great evening of song with Andrea and musical director Steve Marzullo.

In addition to Andrea McArdle on July 6th, the celebrity line-up includes:

“We are thrilled to bring Broadway’s best, live-in-concert to Southern Vermont with the help of our own resident TONY AWARD® Winner Christian Hoff and Old Mill Road Media, and we’re beyond grateful to our presenting sponsor, Berkshire Bank,” says Anne Corso, Executive Director, SVAC. “Berkshire Bank is committed to giving back to the communities we do business in. We are proud to support Southern Vermont’s long-standing art and music traditions by sponsoring the Broadway in Vermont series at SVAC,” shared Lori Kiely, Regional President, Berkshire Bank.

Celebrating a life on stage, EMMY AWARD® Winner Lucie Arnaz (Lucy & Desi: A Home Movie) returns to her theatre roots, looking back at some of the roles she has had on stages throughout the world. From her first role at 14 as “The Cheshire Cat” in Alice in Wonderland to a grandmother hanging upside down on a trapeze while singing about the preciousness of life in Pippin, Lucie and Musical Director Ron Abel offer audiences this brand-new concert, sharing stories and songs that Lucie has long been known for. With anecdotes and fond memories about her co-stars, directors, and musical collaborators, Lucie offers iconic songs and hidden treasures from some of Broadway’s greatest shows and a look at the backstage magic it takes to create them. A not-to-be missed evening of entertainment celebrating our great American Musical Theatre. luciearnaz.com

Donna McKechnie, who received a TONY AWARD®  for her performance in the original company of A Chorus Line, is regarded internationally as one of Broadway’s foremost singing and dancing leading ladies. Donna has starred in and choreographed productions in London’s West End, along with theatrical productions in Tokyo and Paris. Some of Ms. McKechnie’s Broadway credits include How to Succeed in Business Without Really Trying; The Education of Hyman Kaplan; Sondheim, A Musical Tribute (which she also choreographed); Promises, Promises; Company; On the Town; State Fair (Fred Astaire Award); and The Visit. She has starred in and/or choreographed numerous regional plays and musicals, including Follies, Mack and Mabel, Gypsy, The Glass Menagerie, Sweet Charity, Six Dance Lessons in Six Weeks, Guys and Dolls, and can be seen in concert and with Symphony Orchestras as well as TV Specials and dramatic series including Fame, Cheers, and Dark Shadows. She was featured in the film Every Little Step and played the Rose in the film The Little Prince. Donna will be performing her new, one woman show, Take Me To The World – The Songs of Stephen Sondheim, which celebrates the greatest Broadway composer and lyricist of our time: Stephen Sondheim. In the show, she performs songs from A Funny Thing Happened on the Way to the Forum, Company, Follies, A Little Night Music, Anyone Can Whistle, and Sunday in the Park with George and shares stories of her time working with Sondheim and the great influence he had in her life, both professionally and personally. Ms. McKechnie’s memoir, Time Steps: My Musical Comedy Life, was published by Simon and Schuster. Donna was inducted into the American Theatre Hall of Fame in 2019. donnamckechnie.com

Berkshire Bankis transforming what it means to bank its neighbors socially, humanly, and digitally to empower the financial potential of people, families, and businesses in its communities as it pursues its vision of being the leading socially responsible omni-channel community bank in the markets it serves. Berkshire provides business and consumer banking, mortgage, wealth management, and investment services.  The Bank has approximately $12.1 billion in assets and operates 105 branch offices in New England and New York.  Headquartered in Boston, Berkshire Hills Bancorp (NYSE:BHLB) is the parent of Berkshire Bank and is a member of the Bloomberg Gender-Equality Index.  To learn more, call 800-773-5601 or follow us on Facebook, Twitter, Instagram, and LinkedIn.