Barrington Stage Announces Casting for “Anna in the Tropics” and “ABCD” 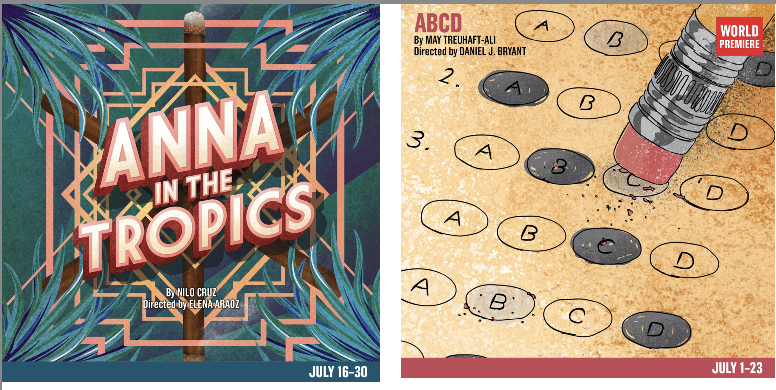 Barrington Stage Announces Casting for “Anna in the Tropics” and “ABCD”

(Pittsfield, MA – June 22, 2022) – Barrington Stage Company (BSC) is pleased to announce casting for Nilo Cruz’s 2003 Pulitzer Prize-winning play Anna in the Tropics, on the Boyd-Quinson Stage July 16-30,and the world premiere of ABCD by May Treuhaft-Ali, on the St. Germain Stage July 1-23.

In 1929, a handsome lector arrives at one of the last Cuban cigar factories in Tampa to entertain the workers while they hand-roll cigars. But when the lector begins reading Anna Karenina, the passionate, frustrated lives of the characters in the book begin to parallel those of the listeners, leading to jealousy, betrayal and sexual awakening.

Cuban American playwright Nilo Cruz was the first Latino to win the Pulitzer Prize for Drama for this wonderfully sensual and evocative play. The BSC production is directed by Elena Araoz (Havana Music Hall, The Manic Monologues).

At two very different public schools in the same city — an underserved school on the verge of shutdown, and an elite magnet program nearby — pressure to perform well on standardized tests drives students and teachers to compromise their integrity.

Directed by Daniel J. Bryant (St. Louis Rep’s Feeding Beatrice), this searing new play from May Treuhaft-Ali (Associate Director for Atlantic Theater Company’s SHHHH) is a brutal dissection of the inequities in our public school system. When the joys and challenges of learning are reduced to a multiple-choice test, is cheating the only option?

Additional details on the 2022 BSC season, including the Gala and streamed and staged readings, will be announced in coming weeks.

Pricing for the 2022 summer season is $25–85 for the Boyd-Quinson Stage and $25–59 for the St. Germain Stage. Preview performance tickets for musicals are $45 and all other previews are $35. Patrons can reserve their seats today by purchasing season passes. Passes are for 3+ shows in BSC’s 2022 season — pick any show, any theatre, any time, matinee or evening, and save up to 29% off of single ticket pricing. Please call the Box Office for more information. Single tickets are now on sale and can be purchased by calling 413-236-8888 or visiting barringtonstageco.org/Tickets.