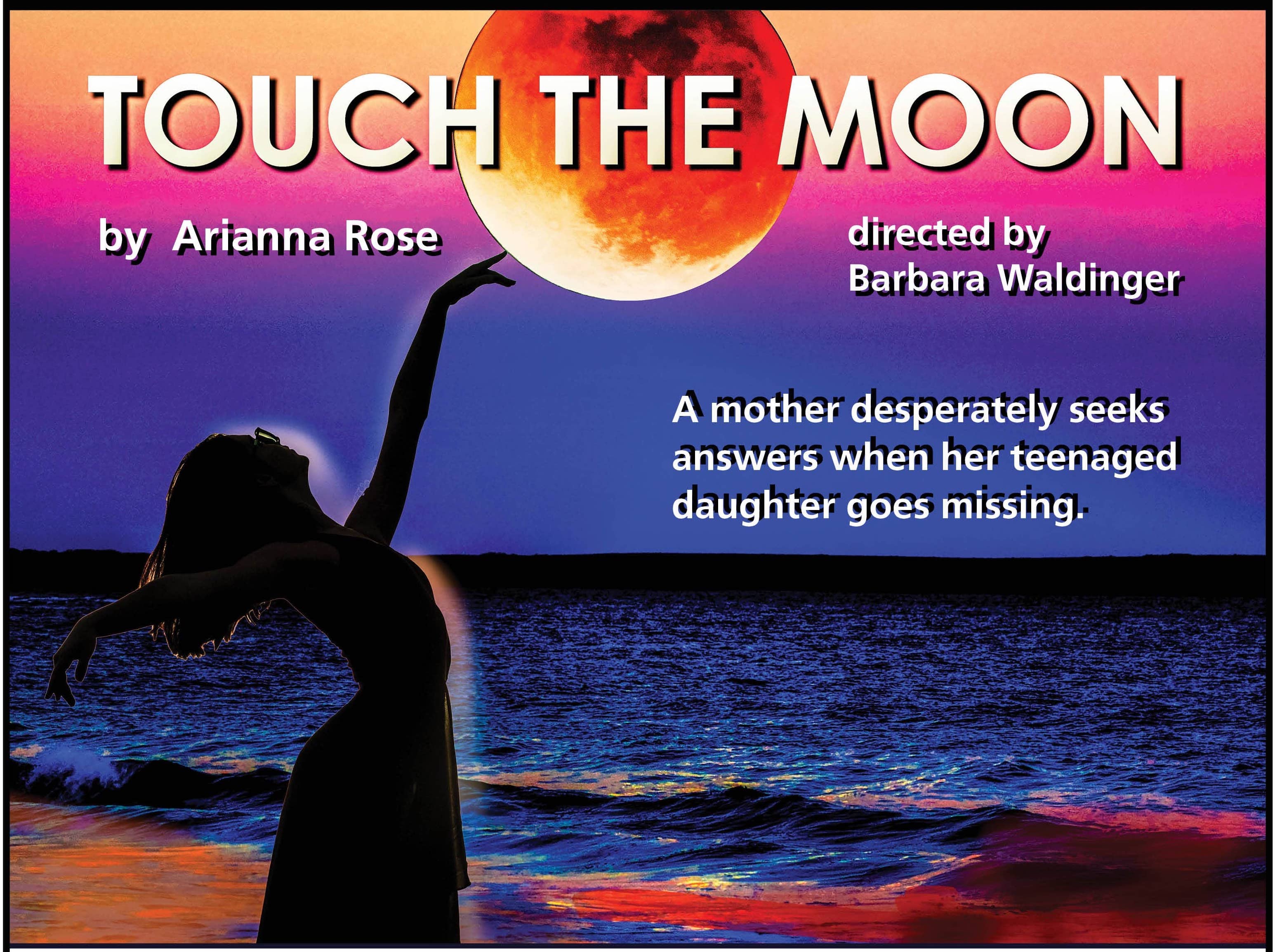 NEW LEBANON, NY—On July 30th, 2022, at The Theater Barn in New Lebanon, New York, HRC Showcase Theatre will present a staged reading of Touch the Moon, by Arianna Rose. Based on a true story, the play dramatizes the mysterious disappearance of a college student during spring
break in 1995.

Although The Theater Barn has recently suspended its own operations for the remainder of the 2022 season, HRC Showcase Theater’s readings will continue at the Barn.

Playwright Arianna Rose is a recipient of the MAC Song of the Year Award along with numerous best play awards. Her plays and musicals have been produced in twenty-four states and seven countries. HRC’s Artistic Director Barbara Waldinger will direct the cast, which will include Lora Lee Ecobelli, Caroline Fairweather, Jack Garrity, Caleb Kovalchik, and Carolyn Shields. A talkback will conclude the evening.

This project is made possible with funds from the Statewide Community Regrants Program, a program of the New York State Council on the Arts with the support of Governor Kathy Hochul and the New York State Legislature and administered in Columbia County by the Greene County Council on the Arts dba CREATE Council for the Arts. It is also made possible (in part) with funding provided by the Hudson River Bank and Trust Foundation.