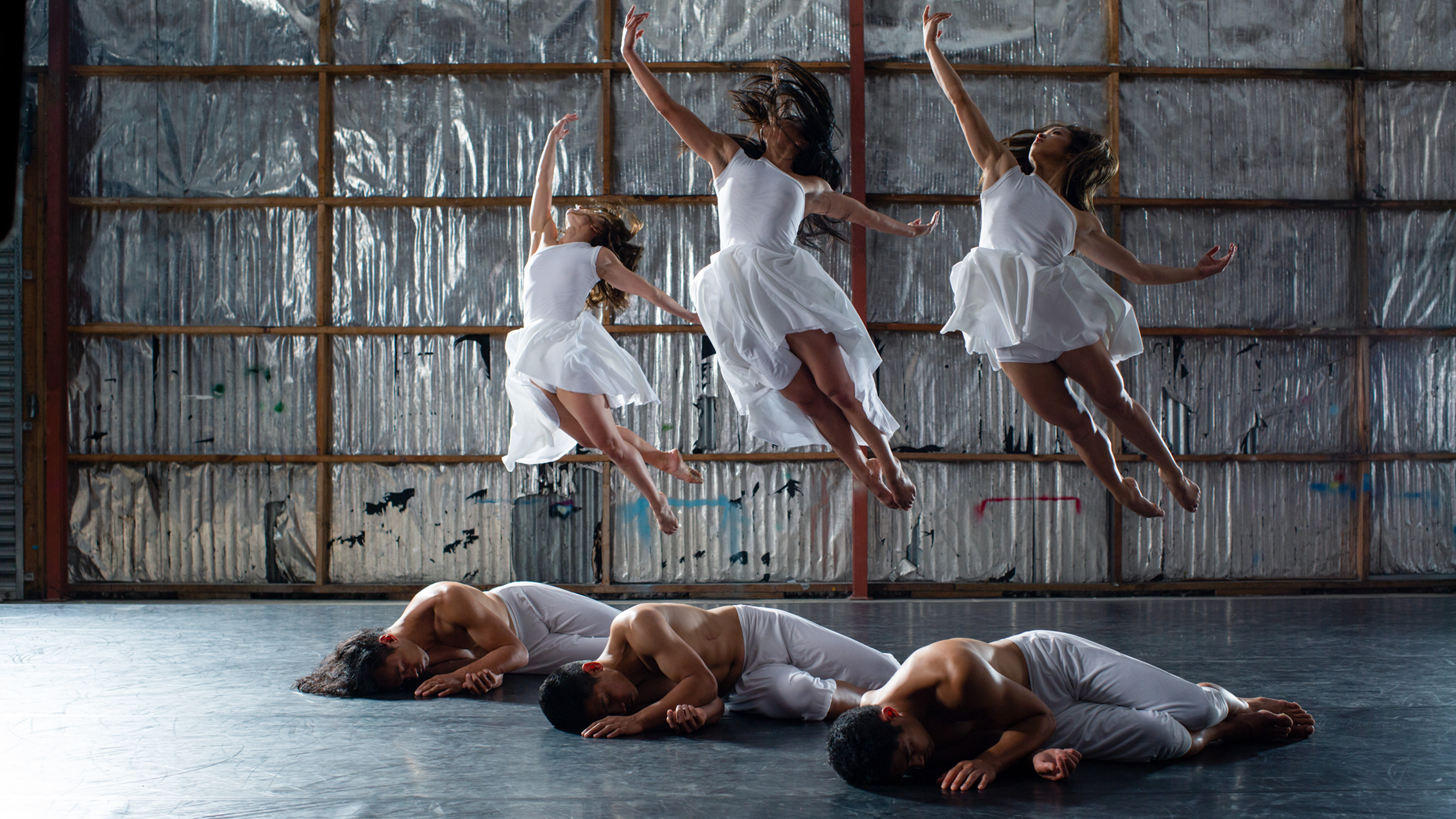 June 29, 2022 (BECKET, Mass.)— The sixth week of the Jacob’s Pillow Dance Festival 2022 welcomes New Zealand-based company Black Grace to the Ted Shawn Theatre, from July 27-31. Week 6 of the Festival will also feature Dichotomous Being: An Evening with Taylor Stanley on the outdoor Henry J. Leir Stage from July 27-31, and a performance by Michelle Gibson with the New Orleans Jazz Orchestra / NOJO 7 on the Jacob’s Pillow grounds from July 29-30.

In addition to these onsite performances, PillowTalks will be offered free of charge in Blake’s Barn. On Saturday, Lynn Garafola will speak about her new biography of Bronislava Nijinska, which explores the life of this groundbreaking choreographer with noteworthy Pillow connections. On Sunday, Jacob’s Pillow will screen Black Grace: From Cannon’s Creek to Jacob’s Pillow, Television New Zealand’s acclaimed documentary, which recounts the behind-the-scenes story of Black Grace’s U.S. debut at Jacob’s Pillow in 2004. Additionally on Sunday, Black Grace Founding Artistic Director Neil Ieremia, ONZM, will share his own specific movement language and technique, fusing aspects of his Pacific cultural heritage and western dance during a workshop open to intermediate/advanced dancers, ages 16+.

“Black Grace took the Pillow by storm when they made their US debut here in 2004.  It’s thrilling to welcome them back to reprise their high intensity signature all-male work, Minoi, as well as two exciting U.S. premieres,” said Pamela Tatge, Executive and Artistic Director. “Audiences will also have the rare opportunity to experience the extraordinary dancer that is Taylor Stanley up close as he takes on multiple vocabularies alongside a brillant ensemble of dancers.”

Dedicated to the rich storytelling traditions of the South Pacific, New Zealand-based Black Grace masterfully blends contemporary and Samoan dance genres, expressing them with “phenomenal strength, stamina and spirit” (The New Zealand Herald). The company has been praised as “the most positive, living expression of any New Zealand art” (Sunday Star Times).

This program will include O Le Olaga – Life, a tribute to Ieremia’s parents and a celebration of life set to Antonio Vivaldi’s “Gloria in D Major,” as well as Fatu, a new work inspired by the work of Samoan painter and sculptor Fatu Akelei Feu’u and set to an original soundtrack both live and recorded. The company will also reprise Minoi, a high-energy virtuosic work featured in their first Pillow performance in 2004.

Also for Week 6 of the Festival, Jacob’s Pillow welcomes Taylor Stanley, celebrated principal dancer with New York City Ballet, on the Leir Stage, with three world premieres. Audiences will see these works for the first time at the Pillow this summer, where Stanley pursues new movement frontiers alongside special guest artists. During two 2021 Pillow Labs, Stanley developed a Pillow-commissioned ensemble work by postmodern choreographer Jodi Melnick and a solo by choreographer Shamel Pitts. They will also perform an adaptation of Andrea Miller’s sky to hold, originally created for the New York City Ballet’s 2021 Fall Gala; a new commissioned solo by William Forsythe; and Talley Beatty’s renowned Mourner’s Bench, a solo of great significance to the Pillow, having been danced here by Beatty himself.

From July 29-30, Michelle N. Gibson and the New Orleans Jazz Orchestra / NOJO 7, will perform at multiple sites on the Jacob’s Pillow grounds. Michelle N. Gibson is a cultural ambassador of the diasporic dance traditions of the Black community in New Orleans. A Second Line Grand Marshall, Gibson’s choreographic work embraces the spaces between the secular and sacred, touching on Contemporary Modern, Afro Funk, Jazz, Afro-Modern and her own New Orleans Original BuckShop Second Line Aesthetic. Gibson will be performing Takin’ it to the Roots in a roving performance across the Jacob’s Pillow campus, a dance theater work that investigates the creative impulse in Gibson’s choreography and practice, which is rooted in her New Orleans African American experience.

Founded by Neil Ieremia in 1995, Black Grace has performed Ieremia’s choreography globally, and has had sell-out performances at Jacob’s Pillow Dance Festival and a four-week season on New York City’s 42nd Street, as well as performances at the Cervantino Festival, the John F. Kennedy Center for the Performing Arts, and the 2010 Cultural Olympiad in Vancouver.

Neil Ieremia is one of New Zealand’s most accomplished choreographers, a creative entrepreneur and inspirational leader. Born in Wellington and of Samoan heritage, Ieremia enrolled in a full time dance program at age 19. In his final year of training he was invited to join the prestigious Douglas Wright Dance Company, whom he worked for until 1996. As a freelance professional dancer, Ieremia also worked with many other leading New Zealand choreographers, as well as creating a number of commissioned works.

Motivated to provide a different perspective and a fresh voice in the dance scene, Ieremia founded his own company, Black Grace, in 1995, with ten male dancers of Pacific, Maori, and New Zealand heritage. Since then he has changed the face of contemporary dance in New Zealand and turned Black Grace into one of the country’s most recognizable and iconic cultural brands. Among his many achievements, Ieremia received the prestigious Laureate Award from the Arts Foundation of New Zealand in 2005, the Senior Pacific Artist Award at the Creative New Zealand Arts Pasifika Awards in 2015, and was appointed an Officer of the New Zealand Order of Merit (ONZM) for services to dance in the 2016 Queen’s Birthday Honors.

Taylor Stanley was born in Philadelphia, Pennsylvania and began their dance training at the age of three at The Rock School in Pennsylvania. They attended summer programs at Miami City Ballet in 2006 and 2007 and at the School of American Ballet (SAB), the official school of New York City Ballet, during the summer of 2008 before enrolling full-time at SAB in the fall of that same year. In September 2009, Taylor became an Apprentice with New York City Ballet, and joined the Company as a member of the Corps de Ballet in September 2010. They were promoted to Soloist in February 2013 and to Principal Dancer in May 2016. Taylor received the Mae L. Wien Award for Outstanding Promise in 2009 and was the 2011-2012 recipient of the Janice Levin Award.

In 2019, Taylor received a Bessie Award for “Outstanding Performance” in Kyle Abraham’s The Runaway choreographed at New York City Ballet, and collaborated with Abraham on a solo work titled Ces noms que nous portons, filmed at Lincoln Center’s Josie Robertson Plaza in June of 2020. In addition, they have been a guest artist with Andrea Miller’s company GALLIM, appearing in the film adaptation of Miller’s BOAT, the live performance installation titled You Are Here presented at Lincoln Center’s Hearst Plaza, and in works titled Half Length Poem and Island featured in Dance Against Cancer’s annual benefit showcases.

Michelle N. Gibson is a choreographer, cultural ambassador, educator, performing artist, and present candidate of Katherine Dunham Technique Certification. She incorporates much of the city’s culture in her teaching practice and choreographic aesthetic through lectures and workshops entitled The New Orleans Original BuckShop LLC. Gibson received her Bachelor of Fine Arts in Dance from Tulane University and her Master of Fine Arts in Dance from Hollins University/American Dance Festival at Duke University. Gibson is also an alumnus of Xavier Prep High School and the New Orleans Center for Creative Arts.

Gibson is a long time educator, currently serving as faculty member for 11 years with the American Dance Festival at Duke University and dance faculty at the Booker T. Washington High School of Performing and Visual Arts. This upcoming fall, Gibson will be full time dance faculty at Southern Methodist University in Dallas. Gibson’s choreographic work ranges from genres such as African Diaspora, Afro and Contemporary Modern, Afro Funk, Jazz, and her own New Orleans Second Line Aesthetic.

NOJO 7 is a small but mighty ensemble of brass that focuses on contemporary compositions and progressive, cross-genre collaborations. NOJO 7, led by Grammy-Award-Winning drummer and Artistic Director Adonis Rose, is a dynamic ensemble drawn from the full New Orleans Jazz Orchestra. Playing within the New Orleans Brass Band style, the group has the versatility to perform within various musical idioms and has a broad repertoire that encompasses traditional New Orleans music, funk, R&B, and original compositions. The band tours with Ledisi, and has collaborated with the rapper Slick Rick, Dee Dee Bridgewater, Eric Benét, and several other major performing artists.

Black Grace made their first appearance at Jacob’s Pillow in 2004, performing seven works by Neil Ieremia, including Minoi. The performance was the company’s U.S. debut.

Inside the Pillow Lab with Taylor Stanley in 2021:

Dichotomous Being: An Evening of Taylor Stanley

Lynn Garafola’s new biography of Vaslav Nijinsky’s sister Bronislava portrays her as a groundbreaking choreographer with noteworthy Pillow connections, as Garafola explores in this talk and book signing.

Founding Artistic Director Neil Ieremia, ONZM, will share his own specific movement language and technique fusing aspects of his Pacific cultural heritage and western dance during this workshop. Please wear comfortable clothing to move in and bring your own water bottle.

Photography has been an integral part of Jacob’s Pillow throughout its 90 seasons, and Festival Photographer Christopher Duggan has often mined this tradition for inspiration, culminating in these pairings of vintage and contemporary images.

While the unveiling of an entirely new stage house takes the focus in 2022, this landmark structure has been a “work in progress” ever since its opening in 1942. Through vintage imagery and artifacts on display, the rich history of America’s first dance theater comes into view.

early 1930s through today, with an expanded section of multimedia essays featuring talks, photos, and

Jacob’s Pillow is a National Historic Landmark, recipient of the National Medal of Arts, and home to America’s longest-running international dance festival, currently celebrating its 90th Anniversary Season. Jacob’s Pillow acknowledges that it rests on the unceded lands of the Muh-he-con-ne-ok, and recognizes the Agawam, Nipmuc, and Pocumtuc who also made their homes in Western Massachusetts. We honor their Elders past, present, and future. Each Festival includes national and international dance companies and free and ticketed performances, talks, tours, classes, exhibits, events, and community programs. The School at Jacob’s Pillow, one of the field’s most prestigious professional dance training centers, encompasses the diverse disciplines of Contemporary Ballet, Contemporary, Tap, Photography, Choreography, and an annual rotating program. The Pillow also provides professional advancement opportunities across disciplines of arts administration, design, video, and production through seasonal internships and a year-round Administrative Fellows program. With growing community engagement programs, the Pillow serves as a partner and active citizen in its local community. The Pillow’s extensive Archives, open year-round to the public and online at danceinteractive.jacobspillow.org, chronicle more than a century of dance in photographs, programs, books, costumes, audiotapes, and videos. Notable artists who have created or premiered dances at the Pillow include choreographers Antony Tudor, Agnes de Mille, Alvin Ailey, Donald McKayle, Kevin McKenzie, Twyla Tharp, Ralph Lemon, Susan Marshall, Trisha Brown, Ronald K. Brown, Wally Cardona, Andrea Miller, and Trey McIntyre; performed by artists such as Mikhail Baryshnikov, Carmen de Lavallade, Mark Morris, Dame Margot Fonteyn, Edward Villella, Rasta Thomas, and hundreds of others. On March 2, 2011, President Barack Obama honored Jacob’s Pillow with a National Medal of Arts, the highest arts award given by the United States Government, making the Pillow the first dance presenting organization to receive this prestigious award. The Pillow’s Executive and Artistic Director since 2016 is Pamela Tatge. For more information, visit www.jacobspillow.org.