Round the Bend Theatre Presents “The Mighty Lambs” in Catskill 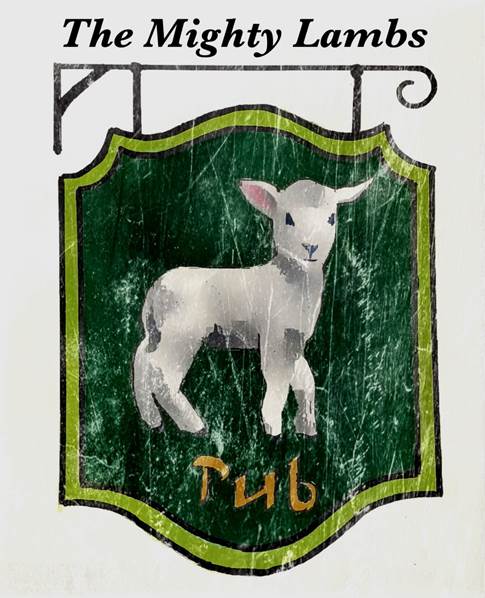 Round the Bend Theatre Presents “The Mighty Lambs” in Catskill

Saugerties’ Round the Bend Theatre will present a staged reading of David Bunce’s “The Mighty Lambs” on Saturday July 9 and Sunday July 10 at Bridge Street Theatre in Catskill. Curtain for both performances will be at 7:30pm. Bunce, a Capitol Region playwright and actor, and winner of BroadwayWorld.com’s Best New Play of 2019 for “Red Maple”, has created, in his latest work, an homage to the pubs of Ireland and the effort to save them.

In Ballinalee, County Longford, the Village Council has decided to demolish The Lamb, an historic local pub, and replace it with a cleaned-up, tourist-friendly theme park version. The pub’s outraged regulars are determined to stop them. But will personal differences, private grudges, and old animosities doom their efforts to save their beloved haunt from the wrecking ball?

Tickets for the reading are available at the door one-half hour before curtain time with a suggested donation of $10. Bridge Street Theatre is located at 44 West Bridge Street in the Village of Catskill. Masking is strongly encouraged but not required while inside the theatre building.

David Bunce (Playwright). Play scripts include “Red Maple”, winner of the Capital Repertory Theatre 2017 Next Act Play Summit 6 and given its world premiere at Cap Rep in January-February of 2019, a musical adaptation of the Edgar Allan Poe story, “The Fall of the House of Usher”, given a staged reading at New York State Theatre Institute (NYSTI), an adaptation of Charles Dickens’, “A Christmas Carol”, the one-man show “Dogs of War; Shakespeare’s Soldiers”, produced at the Theatre Institute at Sage (TIS), and the one-act, “Lunch”, produced at Penn State University and at the Actor’s Attic in Hartford CT. Screenplays include “Gasoline and Lightning”, commissioned for Edgewood Studios in Rutland, Vermont, pilot scripts for “The Middle Ages”, “Incisions”, and “Learning to Fly”. Writer and director of the short films “The Smell of Existence” and “Soup’s On”. Film director/co-writer for “All For The Birds; Pete Dubacher and the Berkshire Bird Paradise”. Member of The Dramatists Guild.

Round the Bend Theatre (Sydnie Grosberg Ronga and Beth Ryan Troxell, Co-Artistic Directors) is a mobile theater company with a mission to encourage Hudson Valley playwrights and their work in development. Through the process of readings and reflection a variety of new and inclusive voices are nurtured for future work. www.roundthebendtheatre.org