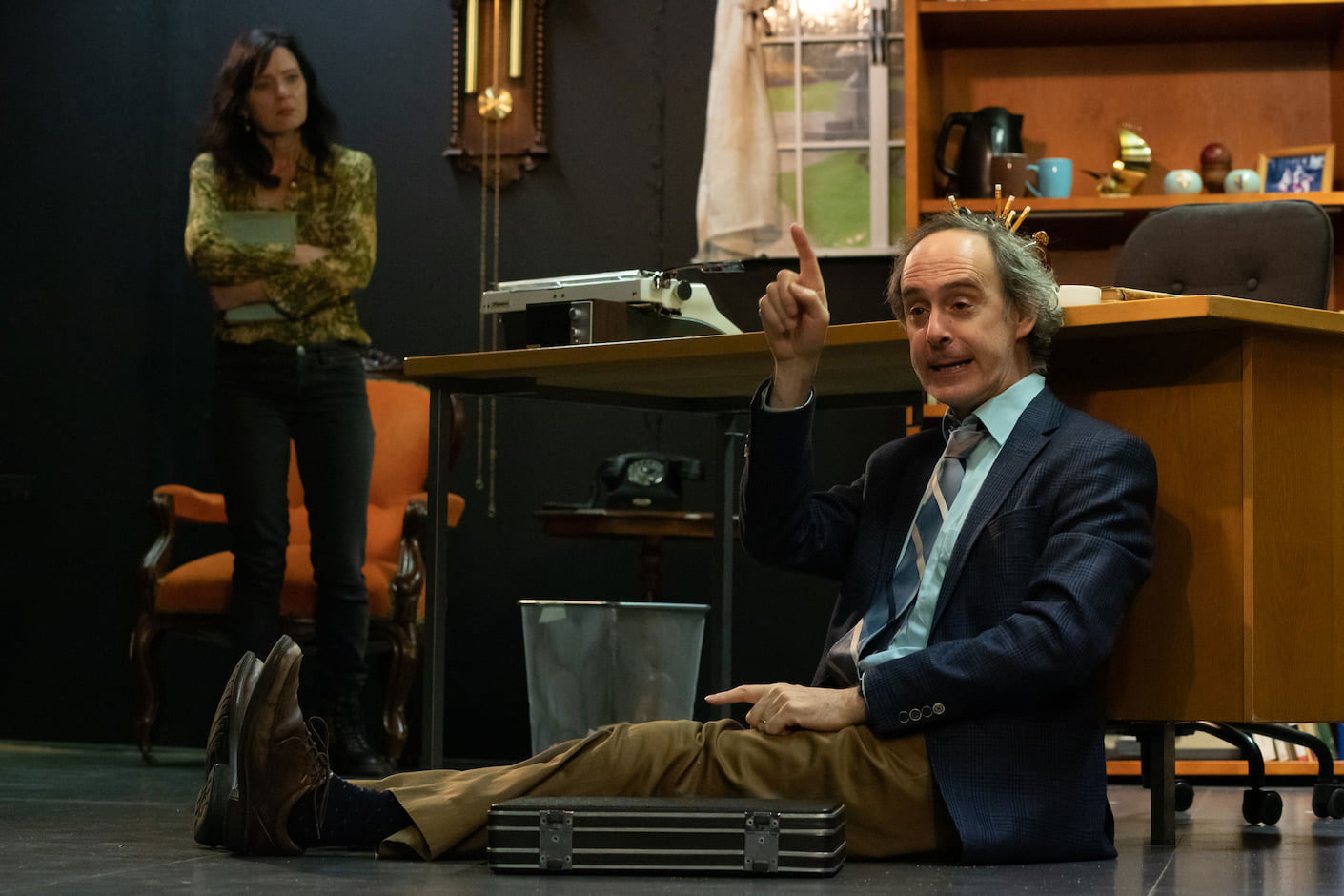 Rita is a working-class hairdresser who wants to learn and grow. She sees education as the path to a better way of living her life. Frank is a disillusioned university professor who uses alcohol to mask his feelings of inadequacy. Rita sweeps into his cocoon of an office like a strong gust of wind, ruffling his papers, absorbing his knowledge and challenging his assumptions. Each has a romanticized view of life in the other’s social circle. Rita believes that the educated have more culture, and that their lives therefore have more meaning. Frank believes that any problem can be forgotten with a trip to the pub.

Rita and Frank struggle, connect and clash, and do or don’t learn. It is a quiet play. Like Rita, it is charming with a serious side as well. Perhaps the moral of Educating Rita is that it doesn’t matter so much what song you sing; it’s how you sing it. If we value growth, if we want to get “the absolute maximum out of this living lark”, the choice is ours to do so, and it is never too late to start.

“This was born of desperation. It was 1979 and the RSC had asked me to write something for a season of experimental work…I didn’t set out to write an autobiographical play, but the parallels between Rita and me seem glaring now. I was a ladies’ hairdresser. I left school with one O-level and went back to get the education I’d not had.” Willy Russell

The Story Behind this production

In the spring of 2021, longing for a return to theatrical collaboration, Passport Theatre co-founders Stephanie Carlson and Adrian Goldman revisited Educating Rita, a play that has a strong female protagonist. They wondered whether the play, written in 1980, would resonate with a modern audience. It could be dismissed as a dated romantic-comedy-take on the classic Pygmalion story. Exploring the script, they found that it did work in today’s climate, and felt that audiences would appreciate its earnest exploration of themes of connection, belonging, implicit bias and personal growth.

Carlson and Goldman performed Educating Rita at the No-Name Theatre in Helsinki, Finland in September 2021 (Adrian was raised in England and resides in Helsinki). The production was directed by Hosanna Megumi, who was raised in Japan and is of British/French/Japanese descent. The team also included members from Finland and Germany, so it was a fun mix of cultures.

Covid-19 restrictions meant reduced-capacity houses, but every available seat sold. Audiences were enthusiastic. The play sparks laughter, touches hearts and opens the door to conversation about the ways that society has or has not changed in half a century. Carlson and Goldman are thrilled to remount the production in Easthampton this July, furthering Passport Theatre’s objective of international collaboration towards global understanding.

For questions and further information, please contact __passporttheatre@yahoo.com or (413) 552-6412.