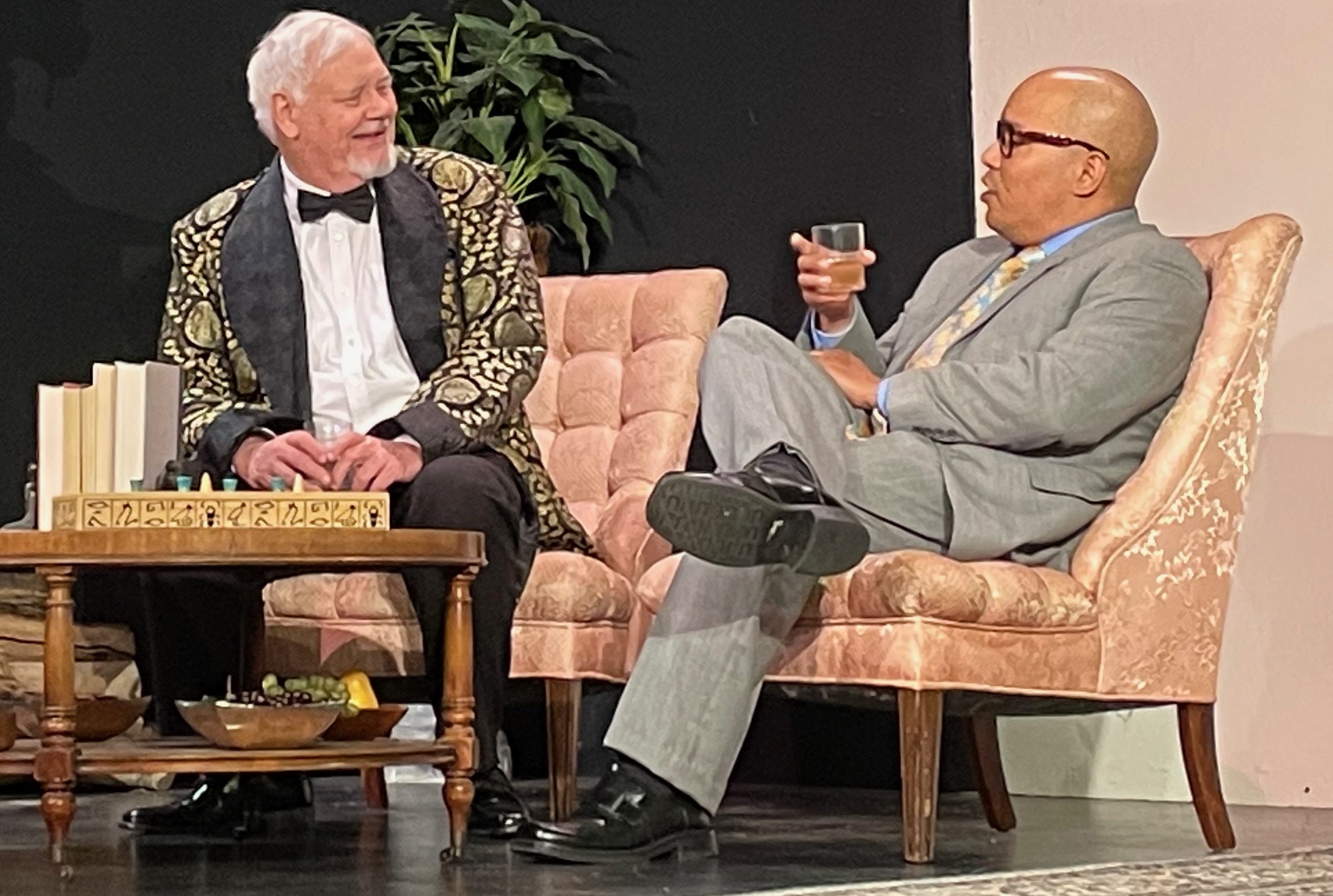 Andrew Wyke played by George Filieau, a celebrated mystery writer invites his wife’s lover, Milo Tindle played by David Quinones over the ultimate game of cat and mouse. There are twists and turns as the excitement builds.  A story of jealousy, revenge and the sexual conflict between the older and the younger man will keep you on the edge of your seat. The show received the Tony Award for Best Play in 1970.

Presented in the Fuess Performing Space, the set captures the English Manor House in an abstract way. Director Michael McDermott returns to CTP where he designed the set for All My Sons.  He will next direct the musical Nine at Home Made Theater this fall. Other sets he has created across the Capital Region include Into the Heights, Jesus Christ Superstar, Cabaret, Carolie or Change, Curtains, Aida, Anything goes, 30 Steps, and Little Shop of Horrors.

This two-hander features veteran actors George Fileau and David Quinones. In the past twelve years, George has played everything from a dog to a king in over 70 productions.  David recently appeared in Ripcord at Curtain Call Theater.  He has five years of theater performances in the Capital Region.