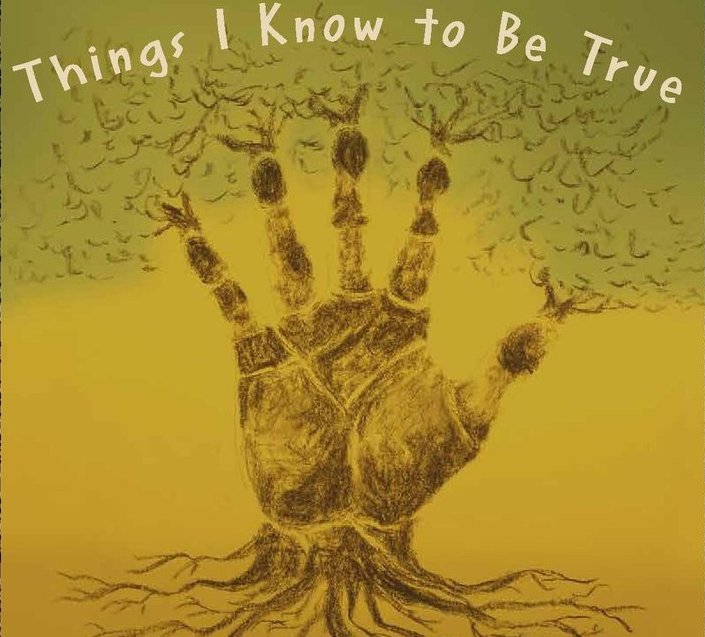 “It’s the most beautiful thing in the garden. It’s the only thing that doesn’t grow in a straight line and hasn’t been pruned to within an inch of its life.”

The Great Barrington Public Theater 2022 mainstage season continues Aug.4 – Aug 14 with an evocative, penetrating drama about the vicissitudes and complexities of family dynamics, self-identity and the nature and meaning of love today. Written by multi-award-winning Australian playwright Andrew Bovell, and rewritten for American audiences, it premiered in Milwaukee in 2019 to wide critical acclaim. It was slated for New York until Covid diverted plans. Earlier this year GBPT was able to secure rights for a brief East Coast premiere.

A year of change and unsettling discovery for the Price family is played out by a superb ensemble, including Corrina May; John Wojda; Liz Hayes; David Keohane; Raya Malcolm and Jo Michael Rezes. Directed by Judy Braha, who directed last year’s hit Mr. Fullerton, Things I Know to Be True brings the realistic joy, fierceness, fears and dreams of the family to the McConnell Theater stage for ten performances only.

“I want a garden full of chaos and mess and places where you can hide and get away when you need to.”

As audiences witness the resilience of enduring marriage and the changing nature of family love strained to breaking, they are drawn into individual dilemmas and decisions as siblings and parents drift apart, while reaching out to each other for identity, familiarity, love and rescue.

“I don’t have the answers. Not now. Not yet. And if you keep asking I’m going to cry.”

“When I first read Things I Know to Be True in 2019 I knew I wanted to find a slot for it. It’s a multi-faceted, serious drama that will move audiences,” GB Public artistic director Jim Frangione says. “It’s intimate and personal, and challenges conventions and constructs as well as offering us a profound, poetic and entertaining look into the heart of an ordinary family today.”

As director Judy Braha describes it, “Things I Know to Be True is a beautiful new work. As four adult siblings struggle to grasp their lives independent from family, their parents grapple with the past, their children’s unexpected choices and their very empty nest. The play captures family resilience, the shifting seasons of life and the conundrum we all face growing up as we run away only to be drawn back to our roots. Bovell paints a fascinating, complex world that is poetic, funny, audacious and brutally honest.”

Things I Know to Be True will be staged ten times only, from Aug. 4-14, Thurs.-Sun., 3pm and 7:30pm, in the McConnell Mainstage Theater, Daniel Arts Center, Bard College at Simon’s Rock, 84 Alford Rd, Great Barrington, MA 01230. Tickets can be reserved on the Great Barrington Public Theater website.

Liz Hayes* (Pip) Recent acting credits include George Brandt’s Grounded at The Gamm Theatre and Into the Woods with Fiasco Theater at McCarter, Old Globe and Roundabout Theaters and the Menier Chocolate Factory in London. She has appeared onstage with many Regional and Boston-based companies and has been nominated for both IRNE and Elliot Norton Awards. Liz is currently the resident Voice & Dialect coach on Harry Potter and the Cursed Child and teaches in Columbia University’s MFA Acting Program. She is married to actor Paul L. Coffey and Mom to Sean Frank Coffey. Member: AEA, SAG-AFTRA, VASTA and The Actors Center.

David Keohane* (Ben) is a freelance actor, director, and arts educator currently based in the Mid-Hudson Valley. David is a graduate of Boston University, where he studied acting, directing, playwriting, and theater management. He also holds a Shakespearean acting certificate from the London Academy of Music + Dramatic Art. He has worked extensively in both Boston and Chicago. Locally, David is a teaching artist with Hudson Valley Shakespeare Festival, and has independently taught myth creation, dream reenactment, improvisation, and ensemble-building.  Favorite performance credits include Vanity Fair, The Crucible, Frankenstein, The Tempest, Comedy of Errors, and Two Gentlemen of Verona. www.davidmkeohane.com.

Raya Malcolm (Rosie) is an actor, musician & devising artist living in upstate New York and is thrilled to be returning to GBPT, having previously appeared in Breakwater in 2019. She has worked with various regional theaters including Berkshire Playwrights Lab, Saratoga Shakespeare Company, Stages On the Sound and Troy Foundry Theatre, of which she is an Associate Artistic Director. Raya also makes up 1/3 of the indie-folk singing trio, Hold On Honeys. You can catch her this fall helping to devise an original, immersive musical with her Troy Foundry Theatre fam. When not acting or music-making, you can find her zenning out on her yoga mat. www.rayamalcolm.com. IG: @rayamalcolm, @holdonhoneys.

John Wojda (Bob) has performed on Broadway in The Nap, Present Laughter, Two Shakespearean Actors, The Merchant of Venice, and Macbeth. Among his many off-Broadway credits is an Obie award for Ecstasy at The New Group. John was featured in the first national tour of Spring Awakening, played London and Paris in West Side Story, and dozens of leading roles in resident repertories including four seasons at Canada’s Stratford Festival. His television credits include Dr. Death, FBI Most Wanted, Manifest, The Blacklist, Blue Bloods, Madam Secretary, Mr. Robot, Third Watch, and all of the Law and Order shows.  In Massachusetts; The Huntington Theater, Merrimack Repertory, North Shore Music Theater, Cape Cod Theatre Project and Berkshire Playwrights’ Lab.

Andrew Bovell is an internationally recognized writer for stage and screen. His works for the stage include The Secret River, When the Rain Stops Falling, Anthem (2020), Holy Day (2001), Who’s Afraid of the Working Class? (1998), Speaking in Tongues (1996), Scenes from a Separation (1995), Ship of Fools (1999) and After Dinner (1988). Productions of Andrew’s plays are performed throughout Asia, UK, America and Europe. Andrew is adapting his play When the Rain Stops Falling into an opera with music by Quentin Grant. His film credits include In the Shadow of Iris; A Most Wanted Man (2014) an adaptation of John Le Carre’s novel for director Anton Corbijn (starring Phillip Seymour Hoffman, Rachel McAdams, Willem Defoe and Robyn Wright) which premiered at Sundance Film Festival; Edge of Darkness (2010) starring Mel Gibson; and many more.

As a founding member of The New Ehrlich Theater in the 1980’s, Braha directed many award-winning productions including Bent, The Fifth of July and House of Blue Leaves, paving the way for the amazing theater renaissance in Boston’s South End. Braha continues to be a proud member of SDC, AEA, SAG-AFTRA and, of course, StageSource where she was a member of the Board of Directors for its first six years.