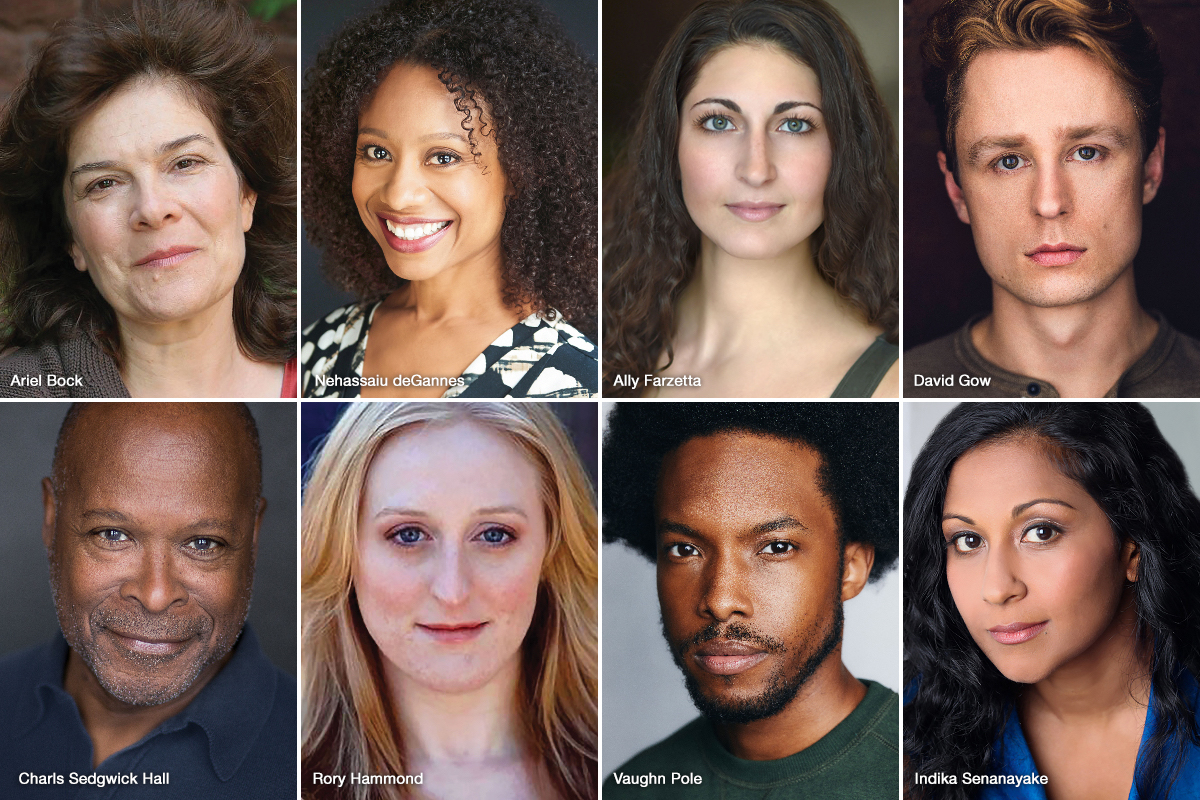 Directed by Alice Reagan, Measure for Measure follows Lord Angelo, abruptly appointed to rule over a chaotic and debauched city to restore order with repressive laws and an iron fist over licentiousness. The object of his own twisted desire is a young nun, whom he puts in an unthinkable position. “To whom should I complain?” is all that young Isabella can utter when she finds herself the target of his abuse of power.

A Designated Linklater Voice Teacher, Bock’s acting credits at Shakespeare & Company include Rose (The Children), Mom (Ugly Lies the Bone); Mistress Quickly (Henry IV Pts. 1 & 2); Goneril (King Lear); Beatrice (Much Ado About Nothing); Elizabeth (Richard III); Audrey (As You Like It); Hippolyta (Midsummer Night’s Dream); The Nurse (Romeo and Juliet); Mistress Quickly (Merry Wives of Windsor); Paulina (The Winter’s Tale), Ruth (Private Eyes), The Woman (Laughing Wild), and Arlene (Off the Map). Her directing credits include The Wickhams, Christmas at Pemberley; Emma; Pride and Prejudice; Sense and Sensibility, and A Christmas at Pemberley. At Mixed Company, her acting credits include Ramona (Zara Spook and Other Lures) and Eileen (The Cripple of Inishmaan). With the Ensemble for the Romantic Century inNew York City, she’s appeared as Nadezhda VonMeck (None But the Lonely Heart), as well as Fanny Mendelsohn, Emily Dickinson, Sonia Tolstoy, and Anna Akhmatova.

Farzetta is making her Shakespeare & Company debut, having appeared as Elinor Dashwood in Virginia Stage Company’s production of Sense and Sensibility. She spent two seasons with the American Shakespeare Center in Staunton, Va., where her credits include Macbeth (Lady Macbeth), The Winter’s Tale (Hermione), Sense and Sensibility (Elinor Dashwood), among many others. Additional regional credits include Guess Who’s Coming to Dinner & Living on Love (Asolo Rep), It’s A Wonderful Life: A Live Radio Play (Shadowland Stages), and Boeing, Boeing (Theater at Monmouth). Farzetta earned her MFA from FSU/Asolo Conservatory for Actor Training where she trained in classical acting under long-time Shakes & Co company member Jonathan Epstein.

Devid Gow has appeared in Till, The Intruder on film, The Good Fight (CBS), Madam Secretary (CBS), and Jon Glaser Loves Gear (truTV on television, and in New York Theater, Burning Leaves (Duke Theater); Chokehold (14th St.Y); Where Has Tommy Flowers Gone (Workshop Theater); Bleach (Wilson’s Lounge), and Decky Does a Bronco (Royal Family Productions). In Regional Theater, he’s appeared in Mothers and Sons and Waverly Gallery (Shakespeare & Company); Up The Hill (Eugene O’Neill Center); Peter and the Starcatcher (Smithtown Performing Arts Center); Pirira (Luna Stages); Why Do You Stand There In The Rain (Edinburgh Fringe), and Scooter Thomas Makes It To The Top of the World (Hollywood Fringe). Gow holds a BFA from the University of North Carolina School of the Arts.

Hall is a Chicago-based artist who has spent many years working with Shakespeare & Company in Charlie in The Complete Works of William Shakespeare (Abridged); Boyet in Love’s Labour’s Lost; The Recruiting Officer in Mother Courage and Her Children; Benvolio in Romeo & Juliet; with the Northeast Regional Tour as Brutus in Julius Caesar, and Macduff in Macbeth. Other credits include Preacher/Ol’ Mister in The Color Purple; Don Pedro in Much Ado About Nothing; Puck in A Midsummer Night’s Dream; Trinculo in The Tempest; the triumvirate Ghost of Hamlet’s Father; The Player King/Queen and The Gravedigger in Hamlet; Nicola in Arms and the Man; Biedermann in The Firebugs, and Gertie in Angels of Lemnos. Hall is a graduate of New York University’s School of the Performing Arts, represented by Lori Lins, LTD, and a faculty member of Shakespeare & Company.

Hammond played The Princess of France in Love’s Labour’s Lost in 2020, and in 2016 she was Kacie in Ugly Lies the Bone. Her New York theater credits include Pericles (SoHo Rep); Measure for Measure, Bachelorette (Circle in the Square); Where’s My Money (Cherry Lane Theatre), and The Scarlet Letter. Berkshire theater credits include Romeo & Juliet; Midsummer Night’s Dream; Taming of the Shrew; King John; Richard III; Merry Wives of Windsor; Off the Map; Much Ado about Nothing; Merchant of Venice, Dibble Dance;  Autres Temp; Xingu, and Summer. Her actor training includes Shakespeare & Company’s Spring Young Company and Summer Performing Institute (SPI). A graduate of Circle in the Square Theatre School in NYC, she is also a Founding Member of Animus Theatre Company in New York City.

Tickets to Measure for Measure range from $37 to $82; preview performances are $10 less and student tickets are $22. For more information and to purchase tickets, visit shakespeare.org, or call the Box Office at (413) 637-3353.