REVIEW: “Things I Know to be True” at Great Barrington Public Theater 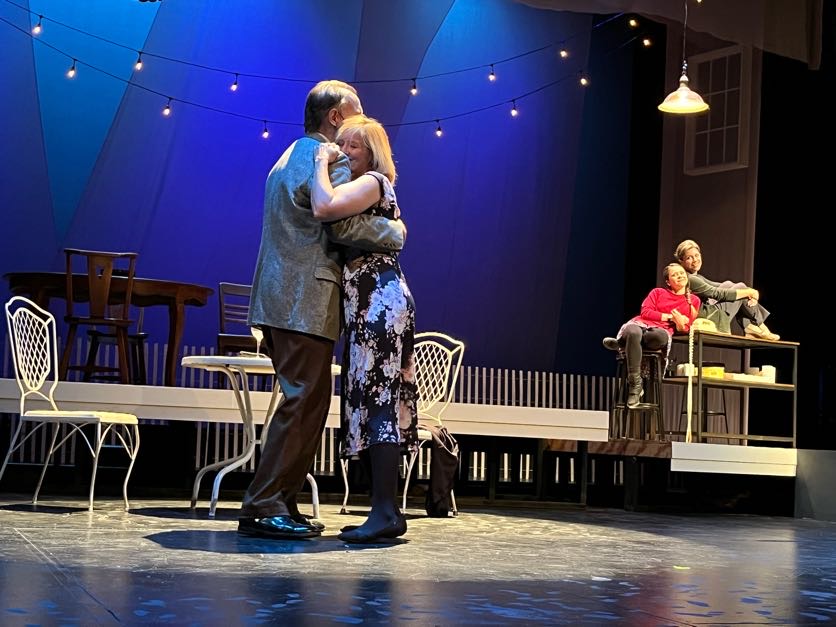 REVIEW: “Things I Know to be True” at Great Barrington Public Theater

It is said that “It Takes a Village” to successfully rear a child. The same may be said about what is required to mount a superior theatrical production.  Great Barrington Public Theater’s Things I Know to Be True owes its triumph at the Daniel Arts Center to a first-rate group of creative artists.

Written by Andrew Bovell, a prize-winning Australian playwright and screenwriter who revised Things I Know to Be True for American audiences, the play premiered at Milwaukee Repertory Theater in 2019.  Slated for Broadway, plans changed because of Covid, affording the Great Barrington Public Theater the opportunity to secure the rights for a brief East Coast premiere.  (Bovell’s play is currently being made into a TV miniseries starring Nicole Kidman.)

Things I Know to Be True chronicles a year in the life of the Price family (four adult siblings and two parents) in the Midwest.  Beginning with the family assembled for a life-changing phone call that we do not hear, the play flashes back a year leading up to that call, ending by returning to the same moment and its consequences.  This is one of several familiar devices used by Bovell.  Another is the tug-of-war between the parents and each of their children, as the young people struggle to make their own choices and take their leave of the family with its strong bonds of love and obligation.  The father (lovingly and heartbreakingly portrayed by John Wojda), like the father in Fiddler on the Roof, at first tries to accept the departure and future plans of his children until there comes a time when he can no longer do so.  By contrast, the mother (well-played by Corinna May, whose character does not shy away from the cruelty she aims at the family she loves), tells one of her children who is preparing to move out:  “I’m ready for you to go.  I’m over being a mother. . . Out of sight. Out of mind.” Finally, as in the plays of August Wilson, every sibling is given a monologue, a private moment to tell their story, surrounded by the other actors.  Despite these conventions, Bovell’s fast-paced powerful dialogue with its interweaving of lines, unexpectedly brutal honesty, and emotionally charged moments, hits home.

Director Judy Braha, whose stellar work on Mr. Fullerton at the Great Barrington Public Theater last summer was so impressive, went on to direct that play again this summer at Gloucester Stage, with its new title:  Mr. Fullerton, Under the Sheets.  Braha’s extraordinary direction of Things I Know to Be True is enhanced by the addition of a choreographer (Isadora Wolfe) as well as a remarkable design team, beginning with set designer Juliana Haubrich.  Taking advantage of the width and depth of the McConnell stage, Haubrich has created a two level set—with suggestions of the interior of a house on the upper level and a yard on the lower, flanked by large trees and the father’s tool/garden shed. Actor-friendly, it offers many places for the performers to perch (steps, ladders, tables, chairs, a swing, and the upper platform itself), which fits perfectly with Braha’s Epic Theatre concept, placing most of the actors onstage throughout, whether they are speaking or not, sometimes upstaging those who are.  Several rose bushes in planters are used to indicate the change of seasons.

Lighting designer Matthew Adelson illuminates the rear wall with the most gorgeous colors, aided by Jacob Morgan Fisch’s projections.  Adelson’s hanging lamps over the upper stage help to create the warm interior of the house while Fisch, also the Sound designer, not only supplies New Age music for the transitions between scenes but also underscores every monologue with appropriate music.  His score is an integral part of the story.

Talented choreographers (in this case Ms. Wolfe) can be a valuable addition to any play, not necessarily a musical, because of their spatial sense.  Sometimes the movements of these actors border on dance, sometimes they mime fighting (including actual fight choreography), at times they actually lift and carry performers in mid-sentence from one position to another, and at other times keeping track of so many moving parts onstage requires the eye of a trained choreographer.  Wolfe’s gifts add immeasurably to this production.

Over the course of the play, the four siblings bare their souls.  Liz Hayes plays Pip, the oldest daughter, who is unhappy in her marriage and yearns to leave the husband who loves her.  Withering under her mother’s constant criticism and her own guilt, Hayes conveys the self-loathing of this character.  Raya Malcolm’s Rosie, the youngest sibling, begins the play in Berlin, where she had a brief love affair that ended with a broken heart and an empty wallet.  Malcolm’s Rosie, a petite ball of fire, learns to grow up.  Jo Michael Rezes is Mark, Rosie’s favorite, who struggles with his sexuality, culminating in a scene ending the first act with a wallop that will reverberate with LGBTQ audience members and the people who love them.  Lastly, David Keohane’s Ben, who works in finance and is unfortunately driven to be as wealthy as his clients, pits his parents against each other as he begs for their help.  Dressed to the nines by Costume designer Brittney Belz, Keohane’s Ben has been too busy trying to achieve success to focus on anyone but himself.

Thanks to this dream team, Things I Know to Be True is a compelling dissection of a family—their underlying love and, according to the playwright:  “the complexities that sustain us, protect us, inhibit us and destroy us.”

THINGS I KNOW TO BE TRUE runs from August 4—14 at Bard College at Simon’s Rock’s Daniel Arts Center.  Tickets may be purchased by calling 413-528-0684 or online at greatbarringtonpublictheater.org.