REVIEW: “we are continuous” at the Williamstown Theatre Festival 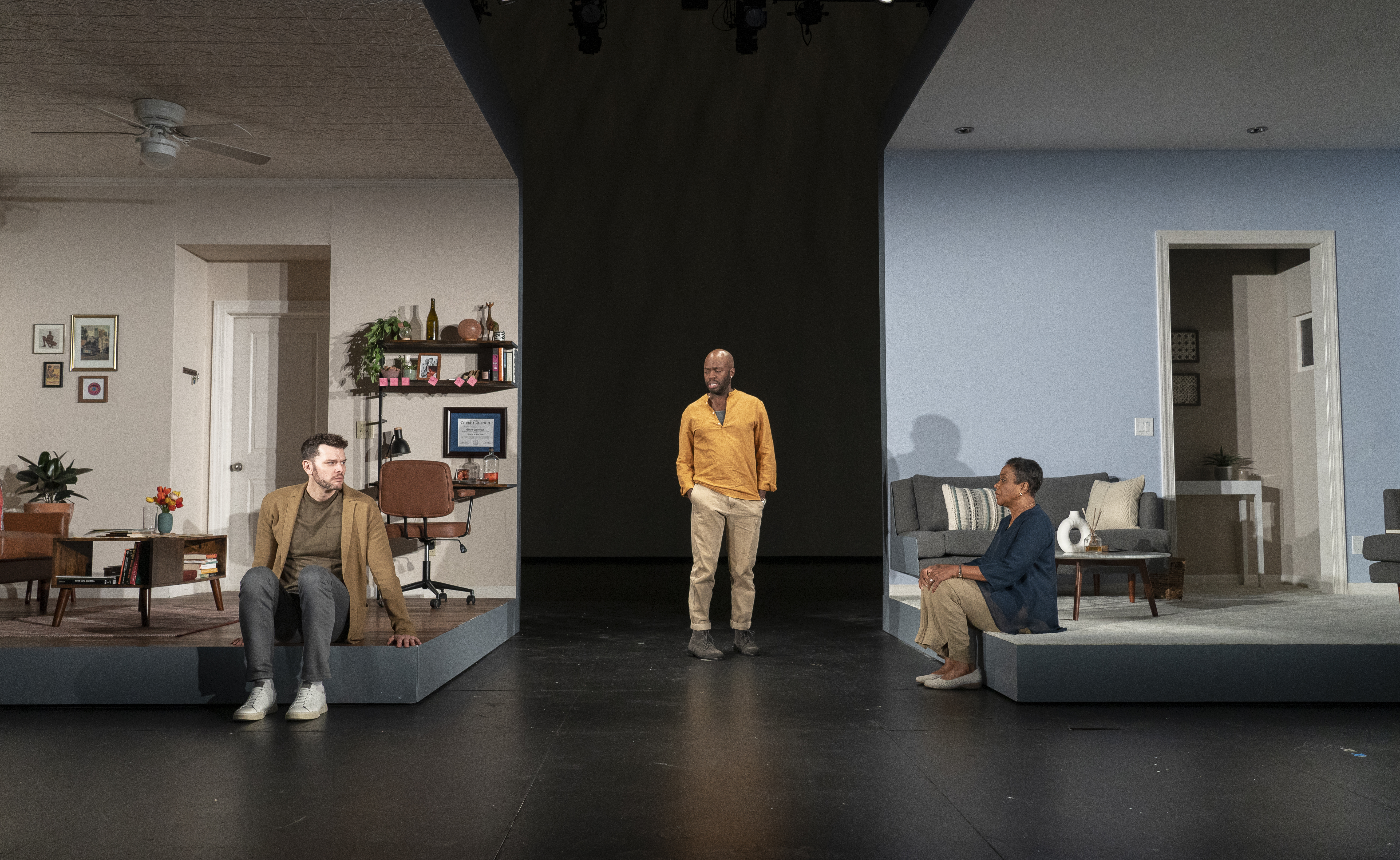 REVIEW: “we are continuous” at the Williamstown Theatre Festival

“So many plays in the HIV/AIDS theatrical canon are about white gay men and death and dying. I wanted to add something Black and gay and full of hope. we are continuous is my contribution.”  –Harrison David Rivers

The phenomenon is all too familiar. We all know (or are) people who have been rejected by their “religious” parents because their sexual orientation is unconventional, even “sinful.”

Playwright Harrison David Rivers has, in we are continuous at the Williamstown Theatre Festival, made it exquisitely personal, yet universal.

Impeccably directed by Tyler Thomas, the three characters, Mother (Brenda Pressley), Son (Leland Fowler), and Husband (Tom Holcomb) invite us, mostly through monologues directed to the audience, to experience the torment and evolution of a gay Black man, his mother, and the man with whom he falls in love and marries.

On a stunning set (by New York City-based design collective Dots), which seems to be two rooms of a comfortable, tastefully neutral apartment, we first meet Mother. Understatedly chic in her casual cropped pants and flowing blouse (costume designer Devario D. Simmons has dressed the actors to perfection), she saunters downstage to share with us how “a mother knows,” upending a cliche with her specific delivery. Pressley’s raw, brave performance remarkably transmits the depths of her love for her son, her conflicted acceptance of his homosexuality, and her fear for his well-being.

The set’s sudden bifurcation into two homes is emblematic of the family’s evolution. As Son, Leland Fowler’s poignant telling of his self-discovery is as agonizing as it is, ultimately, triumphant. Fowler is a quiet powerhouse of an actor. As his husband-to-be, Tom Holcomb’s essential charm and empathy are palpable. This trio of actors is superlative, individually and as an ensemble, and they offer some of the finest performances I’ve seen this season.

Amith Chandrashaker’s lighting design ingeniously augments, sometimes even heightens, we are continuous, as does Mauricio Escamilla’s haunting sound design. The uniquely beautiful music composed by Mychal Kilgore serves to intensify the experience. (I vividly remember Kilgore’s astonishing performance as the Witch in Barrington Stage’s Into The Woods. He’s clearly a man of many talents.)

we are continuous’s greatest accomplishment may be its remarkable capacity for personalizing the universal, for piercingly transmitting profound feeling to its audience. Naturally, great plays all aim to do that, but this one succeeds on every level.

we are continuous appears on the Williamstown Theatre Festival’s Nikos Stage through August 14. It runs for 90 minutes.

Digital Program for we are continuous

Season Sponsored by Allen & Company and the Tiger Baron Foundation