“Sheepdog” Opens at Oldcastle On August 26 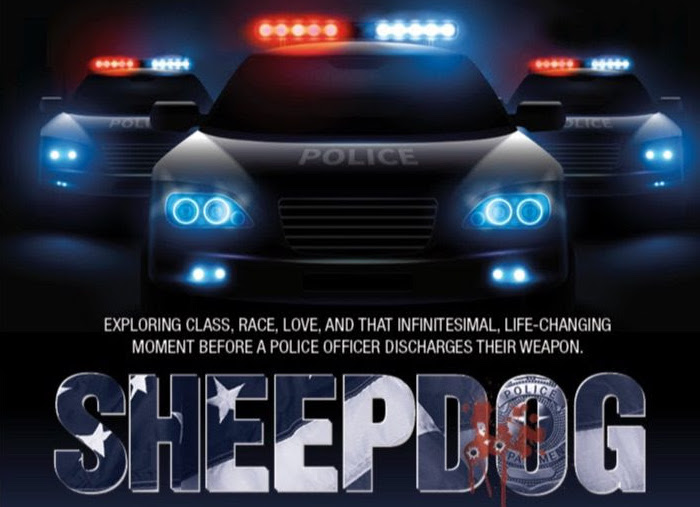 “Sheepdog” Opens at Oldcastle On August 26

BENNINGTON, VT – “Sheepdog” by Kevin Artigue opens August 26, 2022 as Oldcastle Theatre Company continues its 50th Anniversary season. Inspired by a 2016 viral Facebook post by Cleveland, Ohio police officer Nakia Jones, Artigue’s play examines a love story between two Cleveland police officers: Amina, who is African American, and Ryan, who is white. Their deep love for each other is rocked off its axis when Ryan becomes entangled in the aftermath of an officer-involved shooting. In a play the Chicago Tribune called a “must-see and intensely emotional,” “Sheepdog” challenges audiences to candidly examine class, race, love, and that infinitesimal, life-changing moment before a police officer discharges their weapon.

The cast includes four actors making their Oldcastle debuts. Ravin Patterson who plays Amina, has been seen at Shakespeare & Company in “Red Velvet” and on Netflix in “The O.A.” among other roles. She is also a playwright and her play “Dining on the Truckside or the Untold Story of the Turnpike Greats” was selected for the New Jersey Play Lab’s 2022 Residency. Michael Patrick Trimm joins the cast as Ryan. Off-Broadway credits include “Julius Caesar” at the Public Theatre and “The New Sincerity” at The New Wave Theatre Co. He has been seen regionally at the Pittsburgh Public Theater, Hangar Theatre, Wellfleet Harbor Actors Theater, and Ithaca Shakespeare Co., among others. Joining Ravin and Michael as off-stage voices are Hoosick Falls, NY native Victoria Benkoski who was recently seen as the Stepmother in Capital Rep Theatre’s production of “Cinderella” and Bennington local Enrique Segura, who most recently appeared in the Broadway production of “The Lion King” where he played the role of Ed for over 17 years.

“Sheepdog” is directed by Kirk Jackson, a professor at Bennington College for over 20 years. His extensive credits include work at Dorset Theatre Festival, Hubbard Hall, as well as two innovative recent productions (“A Doll’s House, Part 2” and “Constellations”) in an empty swimming pool for Living Room Theatre. The design team includes costume and scenic design by Ken Mooney, lighting design by Michael Giannitti, and sound design by Cory Wheat. The production stage manager is Kristine Schlachter.

Presented by Oldcastle Theatre Company and presenting sponsor, The Coffee Bar, this moving and powerful drama opens August 26, 2022 and runs through September 4 at Bennington Performing Arts Center—The Home of Oldcastle Theatre Company, 331 Main Street in Bennington, VT. Tickets are $25–$35. Performances are Wednesday–Saturday at 7:30 pm and Thursday, Saturday and Sunday at 2 pm, with a Pay What You Will night on Wednesday, August 31 and Thursday evening, September 1. Face masks are currently required when in the building. Get tickets online at oldcastletheatre.org/tickets, by phone at 802-447-0564, or in person 90 minutes prior to each performance.