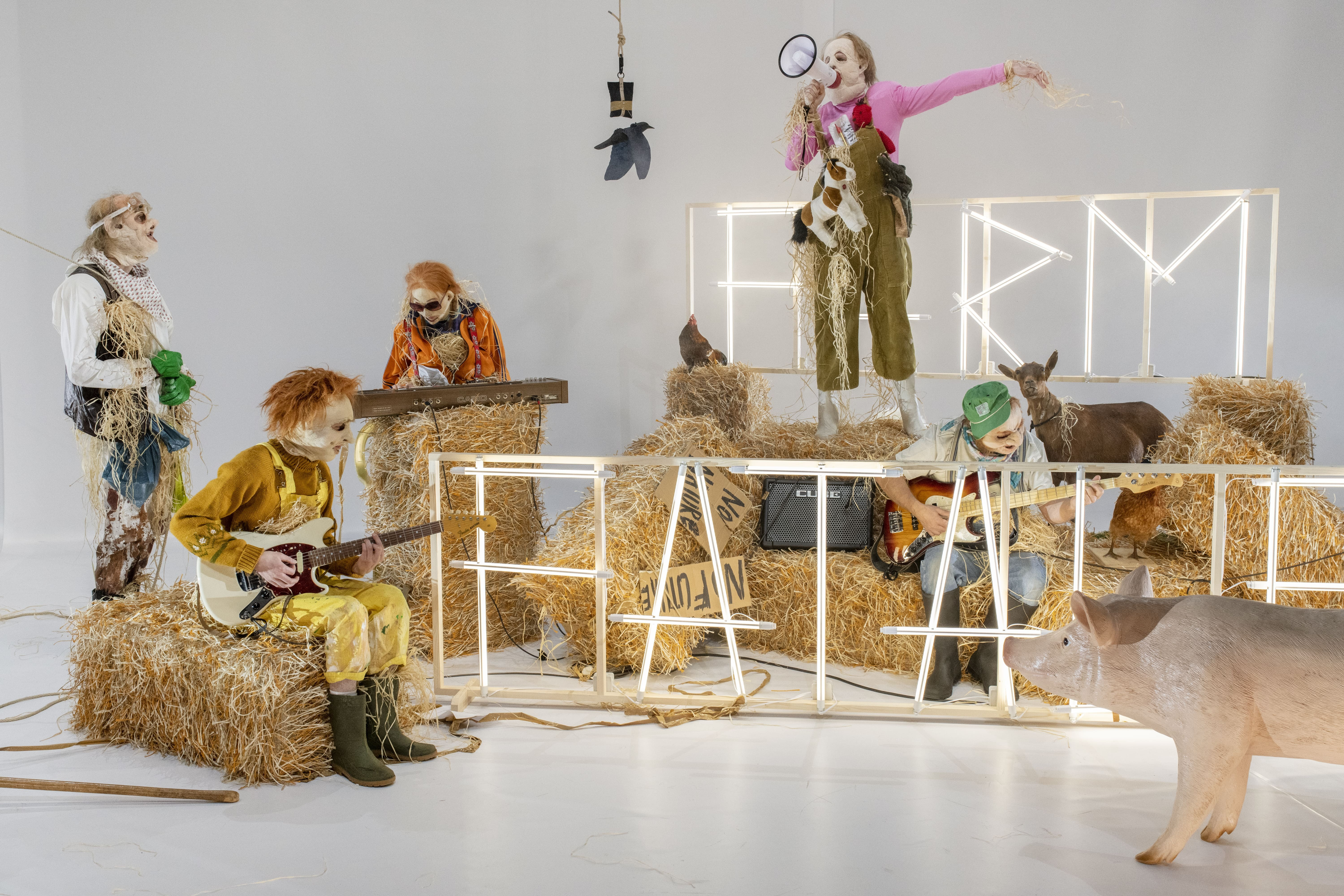 In this eco-futurist fable, birds have gone extinct, and five scarecrows find themselves out of work. Taking up the challenge of restoring life on earth — they archive, investigate, make music, and seek ways to save what can be saved. Exploring the fragility and beauty of the earth’s ecosystem, they become dreamers, poets, and activists in a quest for a kinder, less harmful future for the planet.

A scarecrow has, by nature, all the time in the world, but what happens when the “future” has been reduced to a chimera, when crops, insects, and birds are only vaguely remembered vestiges of a vanished past? The scarecrows flap idly in the wind, waiting for something that will no longer return. They find themselves in a pristine, clinical and plastic space, where even the bales of straw have something false and purely artificial about them

We’re offering $10 tickets for “Farm Fatale” to local farmers, environmentalists, and food justice activists in recognition of the vital work they do for our community and the earth in what we’re calling our “Farm Stand for the Future” initiative. Use code HARVEST at checkout to apply your discount.